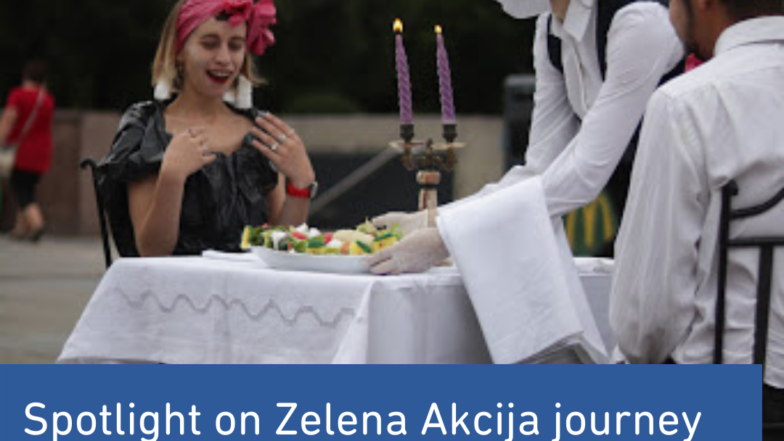 The zero waste movement goes on every day, but if there was any time to get more involved, that was definitely July. Indeed, for the entire month, nearly 1,500 organizations and more than 6,000 individuals from all over the world have taken part in Plastic Free July.

Today we shine a spotlight on the activities of our member, Zelena akcija across the month thanks to the words of Marko Kosak, Waste Programme Coordinator & Ana Marija Mileusnić, Programme Assistant…

As a member of the worldwide movement Break Free From Plastic, Zelena akcija / Friends of the Earth Croatia / Zero Waste Croatia Network has organised events all across the month of July as part of the campaign #PlasticFreeJuly. The Activist group of Zelena Akcija has produced three different raising awareness performances, two of them in collaboration with Anita Kontrec, an artist/activist from Zagreb.

The first activity started on July 3rd, during the International Plastic Bag Free Day, it was a raising awareness performance about the presence of microplastic in food. The event gained lots of media attention thanks to its satirical tone. As part of the performance, a couple sat down to eat in a restaurant “Bon Aplastique”, ordering food from the “plastic menu”, choking on pieces of plastic, dying on the table at the end. See all pictures here. 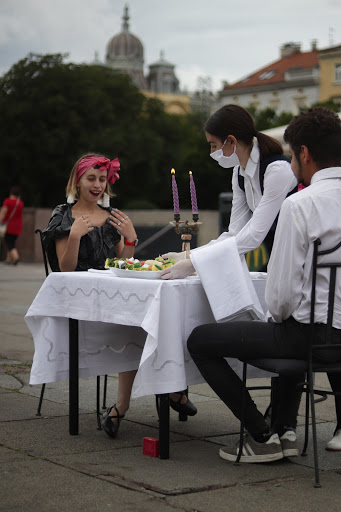 The second educational event was a webinar named: ‘Brand audit’ – Who is the most responsible for plastic pollution?  held on July 8th. It was organized in collaboration with Greenpeace Croatia which presented the results of the brand audit conducted by Greenpeace Croatia in 2018. Then the floor opened for fruitful discussions about extended producer’s responsibility as well as several opportunities to use a brand audit as an educational tool in schools.

Another event was held on July 15th in collaboration with the Art Part project at park Ribnjak in Zagreb. The event consisted of another, controversial public performance “Plastic dinner” – Homo plasticus.   A cortege walked around the park completely under disguise having their bodies wrapped in plastic folium, altogether tied with sort of a string carrying disposed plastic packaging (mainly plastic bottles from known companies’ brands), but also some fruits and vegetables wrapped in numerous plastic bags. See all the pictures: here! 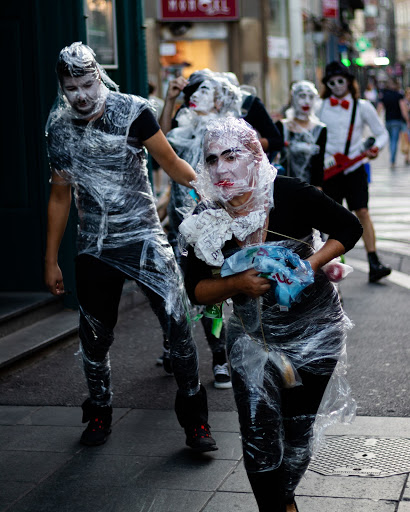 This shocking performance was followed-up by a prize game where the public could have won  Break Free From Plastic canvas bags and bottles made out of recycled glass.  In order to win the prizes, attendees should express their own plans to reduce their personal impact on plastic pollution.  We also screened the movie “The story of plastic” which was used to further explain the importance of fighting plastic pollution while telling the story of Break Free From Plastic Movement.

Prior to the performance and the plastic packaging cortege arrival to the park,  we organised a workshop on up-cycling single-use plastic products. The event aimed at introducing upcycling as an individual, but also a practice that could prevent mass pressure on the waste management system and help us to dig into the reuse culture.  During the workshop, 10 participants also learned how to make cup holders from used plastic bags that would otherwise end up wasted. 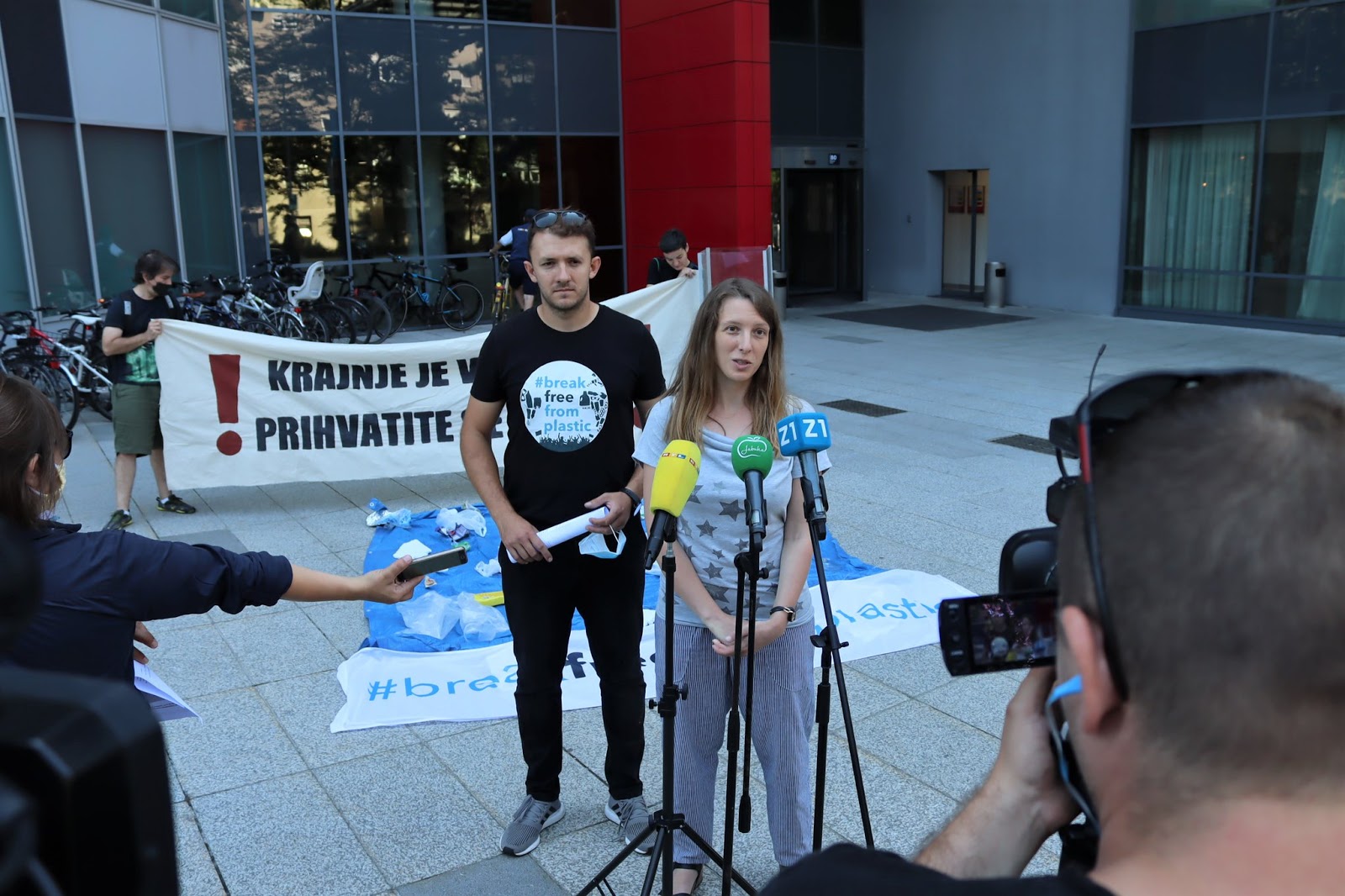 The last activity of the campaign was a performance in front of the building of the Ministry of Environmental Protection and Energetics on July 22th: “The time is ripe to solve the problem of single-use plastic!” Part of the performance was an hourglass, representing how much time the Ministry is taking to transpose the EU SUP Directive while showing the need of urgent actions as the plastic pollution continues to rise. The pressure will continue until the Ministry finally starts doing its job: collaborating with municipalities as well as the citizens, to finally make a switch to reusable systems. More pictures here.