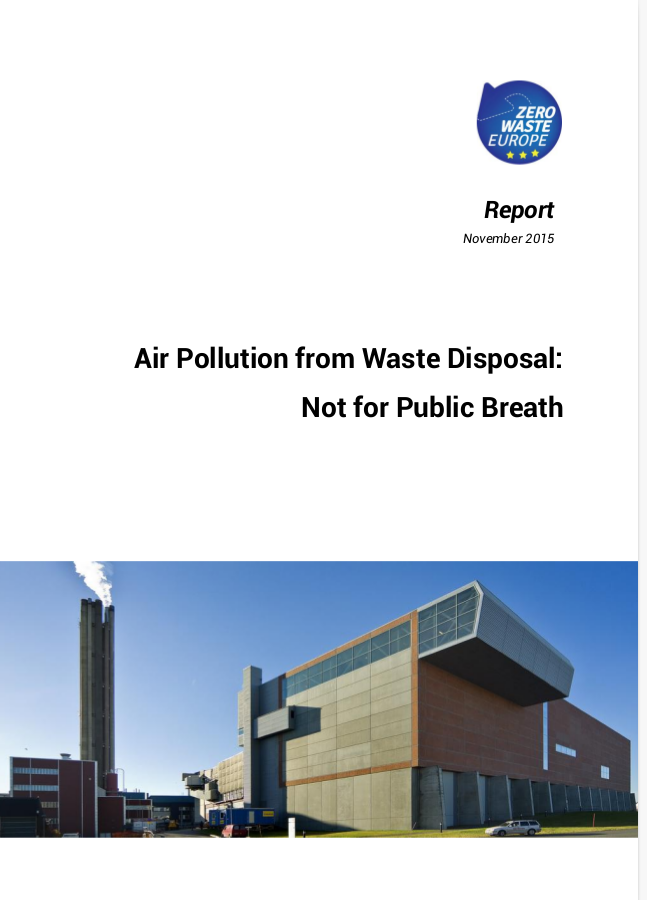 The zero waste strategy is a way to create green jobs and infrastructure. This needs to be on the agenda for the G20

A new report released today by Zero Waste Europe has found that waste incineration activities, both in incineration facilities and cement plantsacross Europe, have had serious breaches of emission limits and have experienced other significant technical and legal problems. Across 5 case studies a number of environmental, procedural and technical issues faced by waste incinerators are exposed.

The report highlights that the emission limits of hazardous air pollutants as designated by the EU Air Quality Directives (AQDs) are significantly higher than recommended safety limits by the World Health Organization (WHO), creating a significant amount of uncertainty and potential safety risks for both the environment and public health. Moreover, the reliance on the principle for “best available techniques” (BAT) favours far higher emission limits than are deemed environmentally and epidemiologically safe by the WHO. Furthermore, the monitoring of air pollution in waste incineration activities are handled by the same facilities, and are therefore not subject to independent monitoring practices.

In the case of the Lafarge Montcada I Reixach cement plant, there is a long history of popular opposition to the plant, with protests taking place in 1975, however more recently in 2006 a petition gained 6,000 signatures opposing a plan to use sludge, bone and meat meal, and plastics as fuel. This opposition delayed the permit for the plant, but it was subsequently granted in 2008. However this began a long series of legal and procedural challenges to the permit, which continues to take place up until the current day.

Further cases such as Dargavel, and the incinerators in Bavaria highlight the instances where the legally defined limits are exceeded. Having potentially hazardous effects on human health and the environment. The case of the cement plant in Trbovlje, Slovenia, has been on the national and European spotlight in the last years, given the complaints from local communities for toxic emissions, odours, and lack of environmental permits.

Mariel Vilella, Zero Waste Europe Associate Director said: “How many air pollution incidents do people need to put up with before policy-makers realise that burning waste is not the way forward? Recycling and composting create livelihoods, save money, and protect the environment and public health, while the incineration of waste just keep us away from a truly sustainable Circular Economy.”

The report adds further support to the call for an end to the incineration of waste, as practice which continues to exacerbate climate change and creates damaging and hazardous environmental pollution. Instead Zero Waste Europe calls for the implementation of zero waste policies that prioritize the higher options of the Waste Hierarchy, such as waste prevention, reuse and recycling, including redesign and the implementation of improved Extended Producer Responsibility (EPR) schemes, where producers are mandated to work to eliminate their product waste.

The report has been launched in Barcelona, as a start to the International Meeting of Key Struggles around Waste Incineration in Cement Kilns,  This meeting is a follow up from the previous European Gathering that took place in 2014 in Barletta, Italy, and builds up the efforts of the Spanish Network against Waste Incineration in Cement Kilns that has been active for the last 6 years.