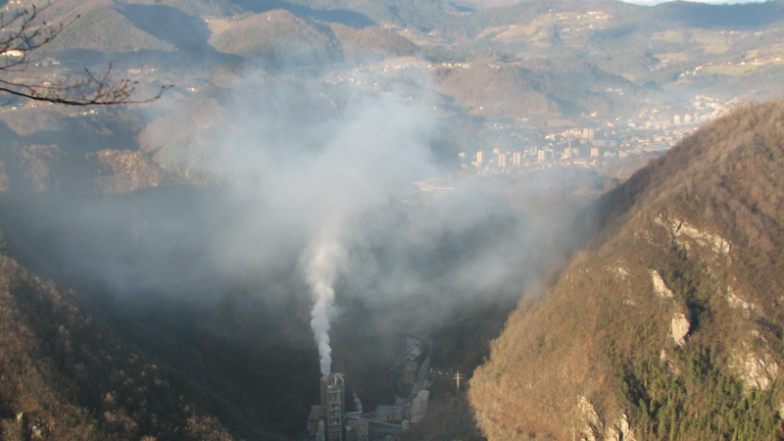 In Trbovlje, Slovenia, the Lafarge-owned cement plant has been ordered to stop operations after it’s been revealed that the plant lacks the necessary environmental permits. 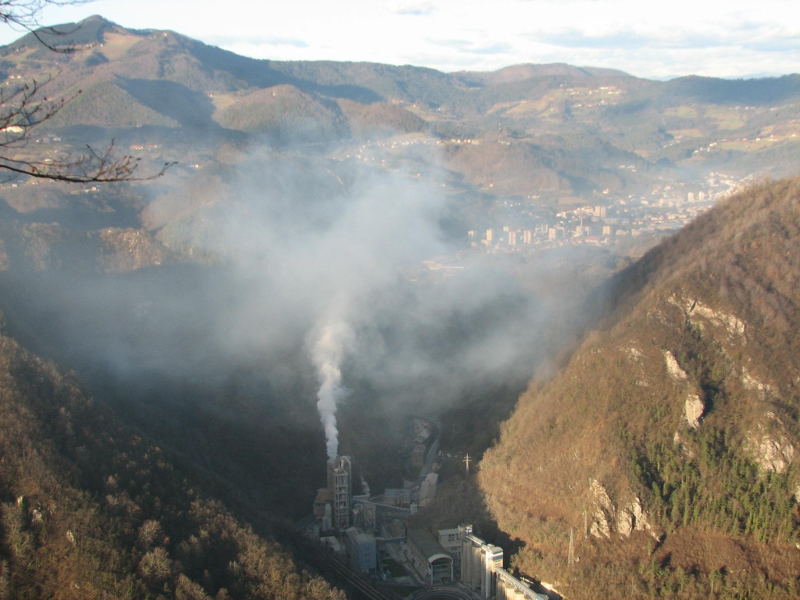 The plant has filed a complaint to the Ministry of Environment of Slovenia and it’s expected that it will try to get further permissions, thus the local groups that have been campaigning against the environmental pollution from the plant for years, remain vigilant and under alert.

Eko Krog (Eco Circle) the Slovenian Society for Nature Conservation and Environmental Protection along with local residents, has been fighting the Lafarge plant’s burning of hazardous waste and campaigning on the issue of clean air for over 10 years. Since the beginning of their campaign in 2004, the group have denounced inadequate environmental permits given to the cement plant and have faced complicated legal challenges; on one occasion receiving over 500 pages of legal documents from Lafarge with only 14 days for comment.

The Lafarge plant received a permit to burn waste from 2009 to 2011, a period in which the plant burnt all kinds of hazardous and municipal solid waste. Thanks to Eko Krog and their efforts on the legal battle, the Court rejected the permit given to Lafarge and ordered the end of co-incineration of waste in the plant. However, Lafarge did not stop operations at the plant, which has led to Slovenia being subject to EU legal action for its failure to implement a permit system which ‘requires industrial plants to be licensed to verify they meet strict environmental controls’ in line with the IPPC Directive of 2007. In the course of this action, Lafarge has finally resumed operations in this plant, but it’s pursuing new permits.

The biggest obstacle to zero waste

In this recently released video, Uroš Marcerl, of Eko Krog, talks about the campaign against the pollution from the incineration of waste in the Lafarge plant. “We’ll never allow this story to repeat itself in the Zasavje region” he says “they’re interested in enormous profits through waste incineration – nothing else”. Erika Oblak from Ekologi Brez Meja (Ecologists Without Borders) says that Lafarge “in the end only care about annual profits”.

Waste incineration in cement kilns has been a growing problem as cement plants have increasingly moved to burning hazardous waste as opposed to producing cement in an effort to grow profits. However, the high level of heavy metals incinerated in the kilns poses a risk to surrounding communities and the environment. Professor emeritus Paul Connett of St. Lawrence University, New York has called waste incineration in cement kilns “the biggest obstacle to zero waste”.

Slovenia is at a tipping point, with more and more municipalities taking up zero waste goals, inspired by Ljubljana being the first EU capital to adopt a zero waste strategy. As municipalities pave the way for a zero waste future and phase out plans to build incinerators, there is a growing threat that the cement industry will increasingly pressure the government to use waste as fuel for their operations, despite obvious impacts on the environment and public health.

Opposition to Lafarge’s waste burning practices is not exclusive to Trbovlje plant in Slovenia. In Montcada i Reixach, Catalonia, the High Court of Justice of Catalonia has rejected the environmental permit given to the Lafarge cement plant to burn waste. The local anti-incineration campaign Montcada Aire Net have been calling for Lafarge to halt their waste burning activities for many years.

Watch the video for yourself and see what you think:

“They’re interested in enormous profits through waste incineration – nothing else”