No Time To Waste: The Climate Impacts of Incineration and Waste-to-Energy 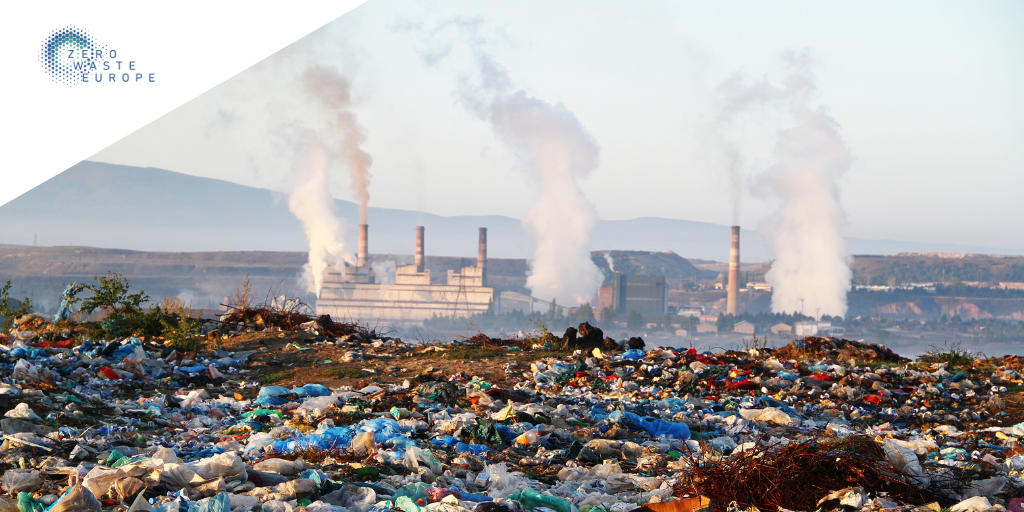 It might not come as a surprise but humans are producing more waste than our Earth can handle. For the majority of people, waste gets thrown in the general rubbish bin, or in separate collection recycling bins and is never seen or thought of again. But waste doesn’t just disappear, it has to go somewhere.

In 2018, on average only 47% of municipal waste was recycled in the EU28 which means 53% of waste was destined for landfill (more about that in the next blog) or incineration. Burning waste is becoming increasingly common practice in Europe – it’s the waste equivalent of ‘cancel culture’ and it avoids having huge piles of rubbish on the Earth’s surface. The problem is that it’s not only the impact on the Earth’s surface we should be worried about.

When counting the emissions resulting from all municipal waste burnt, one tonne of waste releases nearly 1.1 tonnes of carbon dioxide (CO2) into the atmosphere (1) contributing to greenhouse gas emissions and runaway climate change. Incineration might appear to remove the visible waste problem in the short term, but it creates an invisible crisis in the long term.

Incinerators produce a variety of pollutants: nitrogen oxide, particulate matter, sulfur dioxide, ozone, and carbon dioxide (and that’s on top of the toxic residues they release). According to recent data, nearly 70,000,000 tonnes of all municipal waste was incinerated in 2017 in the EU + UK, which equates to around 77,000,000 tonnes of CO2 released. For some perspective, the total CO2 emissions coming from the whole of France in 2017 were 300,000,000 tonnes. More recently, in 2019 the global production and incineration of plastic alone accounted for more than 850,000,000 tonnes of greenhouse gases. These emissions are therefore definitely not an insignificant source of carbon dioxide coming from Europe.

Notably, air pollution from waste incineration has been shown to disproportionately impact disadvantaged communities including people of colour, further exacerbating the injustices in our society and continuing to place climate impacts on those most vulnerable.

And it’s not just the carbon emissions that make incineration problematic. It’s the fact that the process requires carbon to run. Burning waste requires energy, which makes it a carbon intensive process in the first place.

Too often the facilities used to burn waste are not able to contain all the polluting gases used in the process of burning, which adds additional greenhouse gases to the atmosphere, alongside the other toxic pollutants released as a result of the burning.

The new industry “solution” to waste rolling out across Europe is known as Waste-to-Energy which is essentially incineration plus the potential creation of energy for use in various processes. This new practice is being promoted as a clean alternative to fossil fuels and landfills. Yet, in 2017 over 40,000,000 tonnes of fossil CO2 was emitted from Waste-to-Energy incinerators in the EU28 in 2017.

Waste-to-Energy, just like incineration requires carbon feedstocks to operate, making it reliant on fossil fuels as well as generating them. Clearly Waste-to-Energy is not the industry’s silver bullet afterall.

No Time To Waste

Evidence indicates that more than half of what is currently being incinerated could be recycled or composted, which begs the question: why are we still burning waste?

We urgently need to phase out incineration waste practices across Europe, and harmonize climate policy to include Waste-to-Energy practices in reporting.

While we must of course reduce our waste generation, incentivise zero waste and reusable practices, and increase separate collection recycling rates, we also must change our waste systems towards material recovery and biological treatment of waste to recover as much as possible where reusable alternatives aren’t yet available.

It would be environmentally irresponsible to continue to incinerate waste and release CO2 into the atmosphere. If we stand a chance of maintaining global warming below 1.5 degrees, all sources of greenhouse gases need to be reduced. Find out more about why landfill isn’t a viable option either in our next blog.

Read more about our work on Climate. Energy and Air Pollution here.

Dig into the topic with our policy briefing on the impact of Waste-to-Energy on climate.

Up Next → Waste Management & Methane

(1) Two kinds of carbon are released from the incineration of municipal waste. Biogenic carbon which comes from burning organic waste, and fossil carbon which comes from burning the remaining waste. Normally this biogenic carbon is not counted in incineration emissions as it is assumed that this part will be reabsorbed by living organisms. However, with deforestation happening at such a large scale this is often not the case. This figure therefore refers to both sources of carbon dioxide. 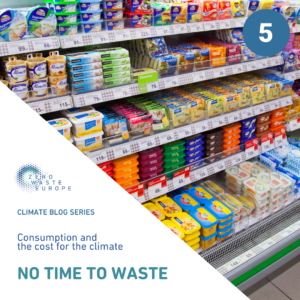 No Time To Waste: Consumption and the Cost for the Climate 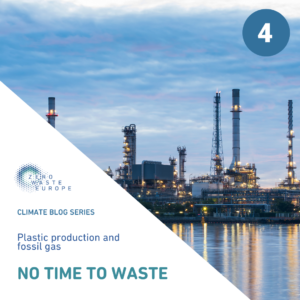 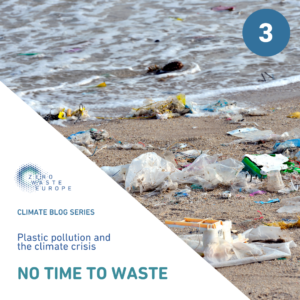