Spotlight to the Ocean this World Maritime Day 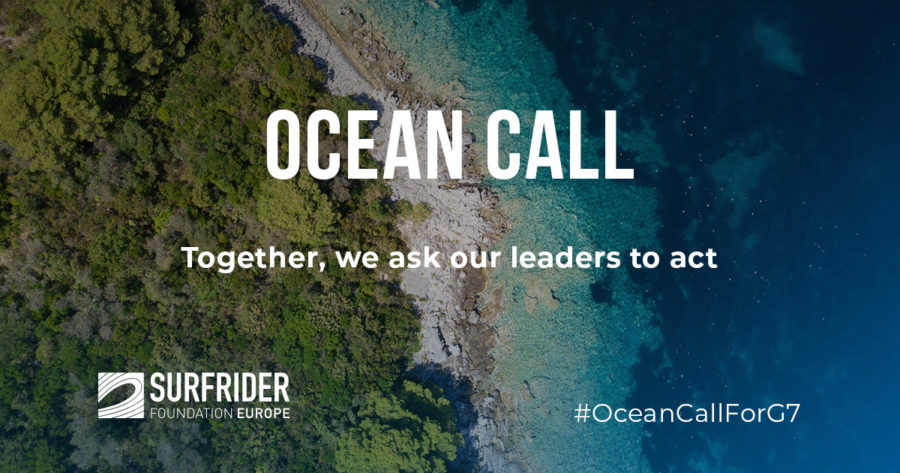 From the 20th to the 23rd of August, Zero Waste Europe and BreakFreeFromPlastic took part in the Ocean Pavillon Summit organised by Surfrider Foundation Europe ahead of the G7 in Biarritz.

Between conferences, debates, consultations and workshops, the Ocean Pavilion lead to the co-writing of the “Ocean Call” declaration, for the attention of G7 decision-makers to carry the voice and the commitments of more than 80 actors mobilised for the protection of the ocean.

By signing the call, Zero Waste Europe wants to stress the crucial interaction between waste prevention, the ocean and climate change also highlighted in the last IPCC special report “Ocean and Cryosphere in a Changing Climate”.

The interactions between the horrific amount of waste polluting our oceans and climate change are numerous and crucial, although still poorly understood. Of all the waste present in our oceans, plastic is the most common. Every year, at least eight million tonnes of plastic waste flow from land to sea. Floating on the surface, lining the ocean floor or washed up on beaches, plastic pollution not only threatens marine ecosystems but could exacerbate climate change.

Indeed, the recent CIEL report “Plastic and Climate” demonstrates that plastic floating at the ocean’s surface continually releases methane and other greenhouse gases – and these emissions increase as plastic breaks down further. In term of pollution, methane is 21 times more powerful at warming the atmosphere than carbon dioxide.

At the same time, microplastic in our oceans may also interfere with the ocean’s capacity to absorb and sequester carbon dioxide. In fact, microscopic plants and animals (plankton) play a critical role in capturing carbon at the ocean’s surface – transporting it into the deep ocean, preventing it from reentering the atmosphere. Evidence proves that plankton is contaminated with microplastic, harming its ability to fix carbon through photosynthesis and therefore affecting the capacity of the ocean to absorb carbon dioxide.

Overall, research into the impact of plastic in our oceans is still in its early stages, but the evidence that plastic pollution may interfere with the largest natural carbon sink on the planet should be cause for immediate action and serious concern.

By signing the Ocean Call, Zero Waste Europe joined the voices of more than 50 organisations to call on policy-makers in Europe and beyond to treat ocean protection as a priority. The Call asks for ambitious but essential measures to tax and restrict the most polluting plastic products including single-use plastic items and packaging, while promoting new zero waste business models.

To stop the impact of plastic on the ocean and, therefore, on climate, urgent and ambitious actions are necessary. Zero Waste Europe urges to focus on waste prevention solutions at the top of the waste hierarchy. The strategies with the greatest potential for reducing both climate and environmental risks of plastics include: setting a range of EU-wide waste prevention policies to end the production and use of single-use disposable plastic, supporting new waste-free business models, and fostering the transition to a fully circular economy (read how zero waste models could help in mitigating climate change).

In this context, we also call on the newly designated European Commission to take into consideration the important role played by the ocean in mitigating climate change, committing to its protection, notably from plastic pollution, and adopting a zero waste approach as part of its climate policy on the upcoming Green Deal.