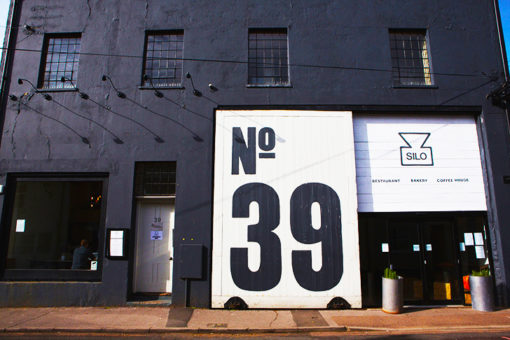 Shift your perspective with “SILO” – A food system for the future

Can you believe that approximately a third of all food produced for human consumption globally is lost or wasted, while more than 10% of the world’s population is suffering from undernourishment? With an average of 88 million tons of food wasted per year, Europe’s environmental policy needs to tackle this important issue.

Food waste is not caused only by consumers but also by stores, restaurants, and hotels where the food that is not consumed or sold – even if still edible – is thrown away. This is probably one of the main reasons why the book Silo: The Zero Waste Blueprint was created, widening the horizon of potential solutions. This is not a cookbook and it requires an open mind to be read. It’s full of inspiration, practical kitchen know-how and philosophy, while offering a holistic approach to a natural food system, thinking of the resources, adapting to changes and accepting the diversity of nature. Silo extracts the DNA of the waste problem in our society, encouraging us to go for the most natural and efficient way to cook and eat, de-industrializing our food system, wasting less and making the most of what mother nature gives us.

Doug McMaster, the chef and the founder of Silo, inspires us to see the food system from another perspective which is closer to a natural cycle of food where there is no waste. From his personal journey of successes and failures, he dares to be different and to bring respect to any shape and taste of food while reducing waste in many ways.

After winning the competition “BBC Young Chef of the Year” at the beginning of his career he continued his kitchen journey working for dozens of best restaurants, not only in Europe but also in Australia, while looking for his own purpose. This brought him to create “Silo.”

What is so special about Silo?

Silo, UK’s first zero waste restaurant, opened in Brighton* in 2014. Doug and his team accept only ingredients as whole foods and package-free, mill their own flour for bread, brew their own booze, ferment the food, turn milk into cheese and yoghurt, as well as composting their own food waste. Their goal is to compromise in the right places and accepting that nothing is perfect!

In Silo the food is perceived as a masterpiece, as a science project and not just something people put on a table, giving it a real value! They think about the whole supply chain, from farm to fork, to break with the wasteful industrial logic. But, the real magic happens in the kitchen where every vegetable’s skin and animal’s part is used like it’s the last meal of a human being. With Silo’s formula and Silo’s diet, nothing on the menu is the same and cannot be exactly followed as none of the ingredients, shapes and quantities are the same. In this way, Silo offers an alternative guide that accommodates the organic curves of real food.But if Silo shows the good path regarding food waste in the HoReCa sector, the issue needs the involvement of every stakeholder from the upper part of the food chain.

2 – Food donation and redistribution. When food cannot be consumed for its primary purpose, food donations should be made easier for all the stakeholders involved in the food system through fiscal incentives and supportive funding.

3 – Treatment of unsold and non-donated food. When food cannot be eaten, it should be properly treated according to the waste hierarchy.  For example, by making jam out of damaged fruits. This way, food waste is repurposed by selling it through alternative channels.Reducing food waste and making it a priority, therefore, means moving towards better, fairer and more sustainable production and consumption methods. Silo’s staff have chosen to work this way to demonstrate that a sustainable food business is both financially and ethically viable, while also encouraging the growth of other waste free businesses.

Where all the waste begins?

“All waste is a failure of imagination…” because imagination brought us here but, at the same time, creativity could also be the key to save us from pollution, soil degradation, decreased biodiversity and exhaustion of fossil fuels which are just a few causes of our overconsumption and waste generation. Imagination created industrial food which makes the planet ill and industrial products can be seen as absurd if you understand the complexities of recycling and eating dead food while you are alive.

In order to effectively tackle food waste, it is necessary to take into account the whole food system as the losses begin at the earliest stages of production.

From small actions to broader ones we should all push at the EU institutional level, the need to translate the new food waste targets into concrete and ambitious measures take into account two key points:

– Food waste is not only a consumer’s issue and needs to be tackled all along the food chain, following a specific hierarchy as food waste requires specific measures that cannot be solely addressed through the general waste hierarchy.

– Fighting food waste cannot be an isolated policy and needs to be part of an integrated EU food policy, including the various policy areas affecting the food system, not only focusing on consumption but also on production, processing and retail (check also our open letter to call on the next European Commission President to put an EU food policy in place).

And the future – can you imagine it without waste?

Overall the book provides a much-needed roadmap for a future of limited resources and growing demands, that’s why Zero Waste is the future of food. Considering that a new approach to the food system is needed, Zero Waste Europe introduced specific guidelines and recommendations aimed at helping policy-makers to tackle the problem of food waste.

*Silo Brighton has moved to London in June 2019.

1. Silo: The Zero Waste Blueprint – A food system for the future by Douglas McMaster; UK, 2019