#EUBioenergy consultation: time to see the trees for the forest 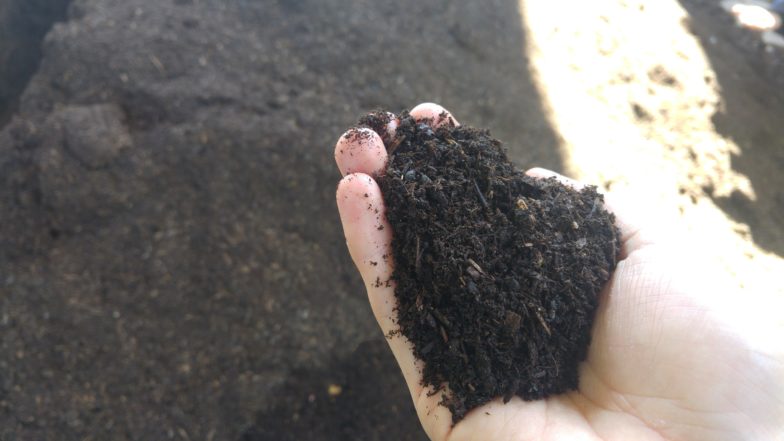 Today, most of the renewable energy produced in Europe is bioenergy, not without a great deal of controversy and debate. 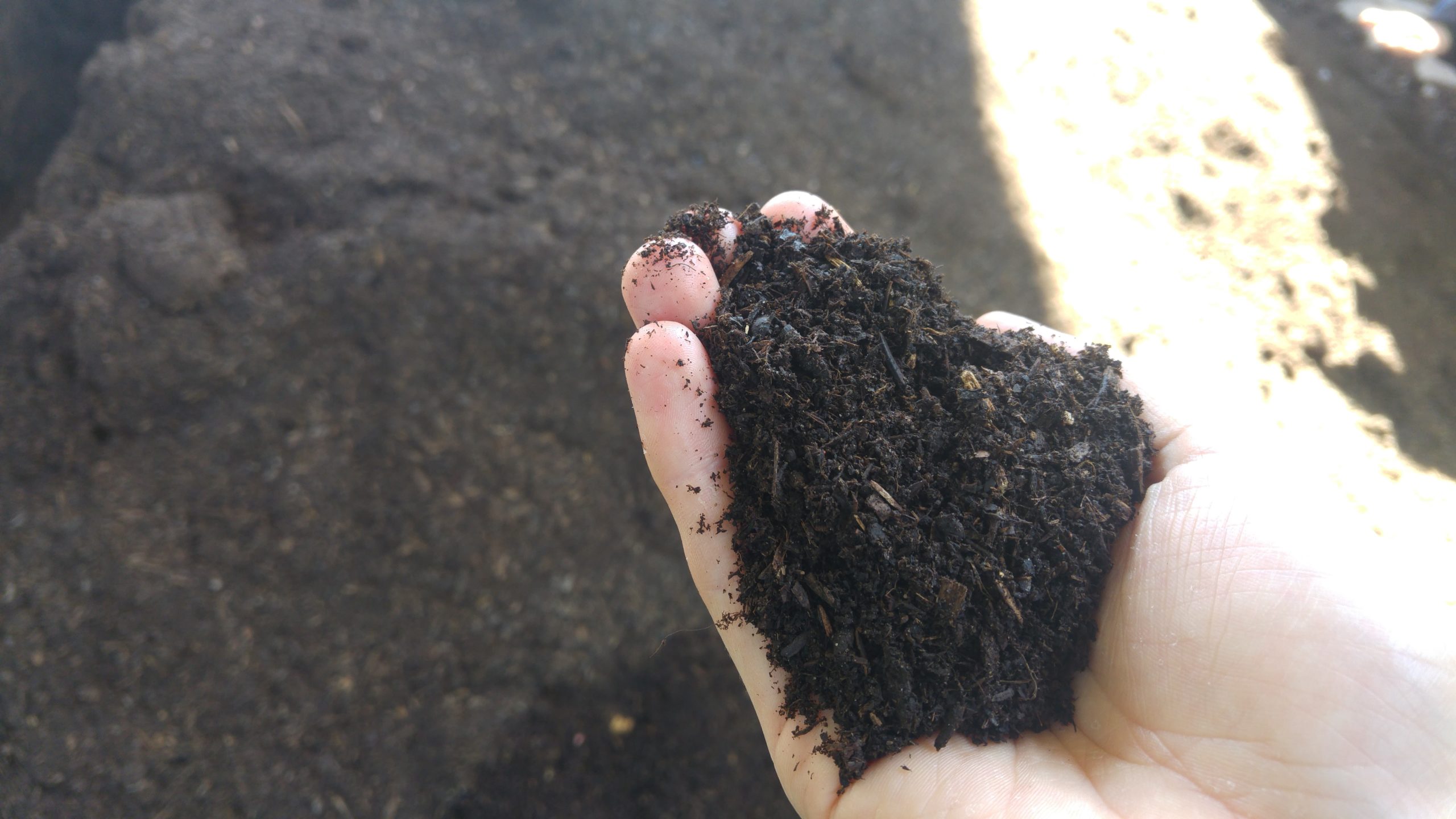 Bioenergy, mostly coming from burning agricultural waste, forestry, and also the organic fraction of municipal solid waste or ‘urban biomass’, has been deemed a ‘false solution’ by many NGOs, high-level scientists and impacted local communities. Now that the European Commission is set to review the legislation around renewable energy and it has launched an open consultation on the issue of bioenergy, it’s time to see the trees for the forest.

Urban biomass is a common term to refer to all the food waste from restaurants, households, farmers’ markets, plus the garden waste, textiles, clothing, paper, or anything of organic origin within municipal solid waste. We call it ‘urban biomass’, given its urban origin in comparison to the agricultural, forestry or industrial origin of other kinds of biomass.

Ideally, a municipality committed to a zero waste strategy would sooner or later organise the separation and collection of this organic waste at the source, enabling for this extremely rich resource to be turned into compost (and returned to the soils as fertiliser), or to biogas, via anaerobic digestion, both of which are fundamental technologies that are required to play a key part in our low-carbon future.

However, as shocking as it may sound, most municipalities in the EU today are still mixing all of this organic waste, urban biomass, with the residual waste going to landfill and incineration, creating quite a big mess.

Organic waste going into landfills is responsible for generating methane – a greenhouse gas with a global warming potential 72-times greater than CO2 over a 20 year period, and for contaminating the soils and ground-water with leachate. Similarly, organic waste going to incinerators to produce energy (along with all kinds of fossil fuel derived plastic products) is an equal waste of resources – worse yet, this is misleadingly considered “renewable energy”.

Urban biomass like food waste, paper or textiles are a human product, i.e. it would not exist without our intervention. Moreover, it is very often the result of unsustainable modes of industrial or agricultural production, so considering it a ‘renewable’ source is definitely a challenging concept. Of course one could argue that food will continue to be produced as long as our civilization exists, but that does not make it an infinite resource, in the way that wind, solar or geothermal energy could be.

Leading experts in the field have argued this point in detail, but major EU institutions and policy-makers still have to catch up.

Precisely, one of the major pitfalls of the current EU Renewable Energy Directive is the consideration of this ‘urban biomass’ amongst the renewable energy sources, which allows incinerators, biomass plants or any other energy plant using biomass as a fuel, to receive financial incentives for doing so.

In this way, subsidies that should be committed to clean, sustainable and reliable sources of energies are being misused in the most inefficient way by supporting the burning resources that should be composted, recycled, reused or just never wasted in the first place. Today, harmful subsidies from renewable energy policies are one of the major obstacles to fully implementing a Circular Economy, as they continue to finance and green-wash the building of waste-burning facilities all over Europe.

Not renewable, and also not carbon-neutral

The big mess caused by considering biomass waste a renewable energy source gets even worse with the further misleading idea that the greenhouse gas (GHG) emissions from burning biomass can be considered to be zero, or carbon-neutral.

This concept originates in the idea that the GHG emissions related to cutting a tree, for example, will be compensated with another planted tree, creating a net balance in the carbon cycle of the atmosphere. Those promoting large-scale biomass energy believe that even if you would cut these trees and burn them, GHG emissions would be compensated overtime with the appropriate forestry policies, and therefore be, carbon-neutral.

That may make sense in the abstract world – and indeed sustainable forestry practices that allow for the appropriate supply of trees are extremely important, but being by being realistic, it’s easy to see the flaws of the concept. Using biomass for fuel can eventually be sustainable with the appropriate practices on a small-scale, but it’s just not going to be carbon-neutral.

Firstly, the very activity of burning biomass produces GHG emissions, regardless of whether you plant a tree or 200, in the next day or in the next year. Those emissions are unique and additional, and it’s time that that they are recognised and accounted for as such.

As Eunomia put it in our latest report: “It is a mistake to assume that CO2 from non-fossil sources does not mater. The argument that CO2 from such sources is all short-cycle, and so, it can be ignored, is tantamount to assume a separation in the pools of carbon dioxide from fossil and non-fossil sources. It is as though the argument runs that the climate only changes if emissions come from fossil sources. This is so obviously wrong that it seems genuinely surprising that this argument could ever have been considered acceptable: (…) the only correct way to process is to account for emissions of all greenhouse gases since they will all have ‘warming potential’, irrespective of their origin”.

Secondly, how does the carbon-neutral reasoning apply to ‘urban biomass’? It is stretching a concept far beyond what could be justified to assume that GHG emissions from burning food waste, paper and textiles can be ‘compensated over time’ and therefore could be counted as zero. And yet, this is what incinerators, biomass or even cement plants will argue and apply in their accounting methodologies: the ‘urban biomass’ they burn is carbon-neutral and a key climate mitigation strategy for the sector!

Thirdly, the burning of urban biomass it’s in fact a very inefficient and polluting source of energy, generating even more GHG emissions per unit of electricity than coal. Even if paper and textiles can burn reasonably well, food waste is 70% water, which makes it a rather inadequate fuel. So, burning biomass of any kind is not only not carbon-neutral, it’s in fact more carbon-intensive than coal and responsible for a great deal of air pollution, as it’s been pointed out in both this and that report.

It must be noted that the IPCC guidelines to account the GHG emissions from biomass energy in national inventories do require to report these emissions but only as an information item, mostly for methodological reasons. This is an unfortunate solution to a methodological problem, as these emissions then tend to go under-reported and are generally underestimated. Still, the IPCC remains ultimately clear on the carbon-neutrality of bioenergy and responds: “the IPCC approach of not including these emissions in the Energy Sector total should not be interpreted as a conclusion about the sustainability or carbon neutrality of bioenergy.”

In practice, accounting errors related to GHG emissions feed and maintain the misuse of public funds that should be supporting low-carbon solution pathways and that are instead supporting carbon-intensive, wasteful and polluting technologies.

The cement industry, one of the most carbon-intensive sectors, has especially benefited from this accounting error. In Europe, where the cement industry is obliged to meet emissions reduction targets through the EU ETS, an increasingly high number of cement plants are burning municipal solid waste on the false grounds that it’s mostly carbon-neutral. This allows the industry to under-report their total emissions to the atmosphere and further game the already dysfunctional EU carbon trading system.

Ultimately, at the EU policy level, the contradiction is obvious. While the Circular Economy Package is all about resource-efficiency and material recovery, the renewable energy subsidies end up being perverse economic incentives and a fundamental misallocation of resources.

The right solutions at the right scale

As previously mentioned, urban biomass is a rich resource that can be composted or treated in anaerobic digesters to produce biogas. Paper can be recycled, textiles can be reused, and all measures to prevent these products from entering our bins will be infinitely more sustainable than burning them to extract what little and polluting energy we can get from them. Not in vain does the waste hierarchy suggests that wastes should only be combusted once the potential for reuse and recycling has been fully explored.

However, in a world with increasing pressure on land, food, and forests, large scale industrial biomass energy should be questioned and avoided, along with their corresponding renewable energy subsidies. Not only there is increasing evidence of deforestation related to this practice, the large amount of biomass needed to operate an industrial plant may require additional fuel, which will often be Refuse-derived Fuel – mixed waste, including plastics and all kinds of residual waste. This dramatically increases the toxic mix of emissions and prevents the proper management of this waste.

At the end of the day, energy policies for a low-carbon economy, should progressively move away from extracting as much energy as possible from waste and instead increase measures to preserve the embedded energy in products, a far more efficient and sustainable approach to resources.

Europe should become a leader in renewable energy and develop a long-term, secure, sustainable and competitive energy system, as outlined in the EU Energy Union Framework Strategy. For this, increasing the share of renewable energy sources it’s as important as ensuring that these sources are clean, efficient and science-based.

Whether the final share of RE for 2030 is 27% or higher, none of it will do any favours for climate change mitigation if it ends up increasing deforestation, resource depletion and air pollution.