Is waste a source of renewable energy? 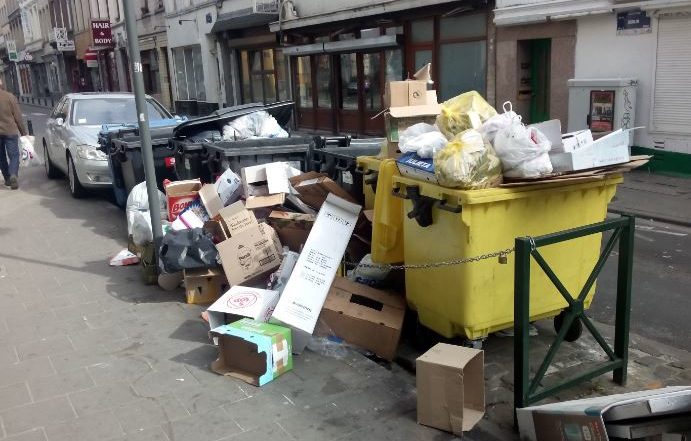 The myth that waste is a source of ‘renewable energy’ is dangerous, and needs to be stamped out before yet more public money is spent on incinerators. 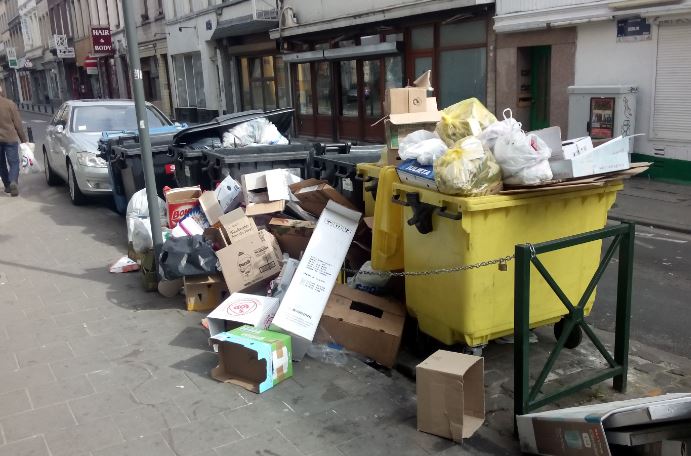 This article was originally posted on the Isonomia Blog on 5 December 2014 and is written by Mike Brown.

Whenever you look at material produced by the developers and users of energy from waste (EfW) incinerators, you soon come across the phrase “renewable energy”. Vince Cable used the term to describe a new incinerator in Lincolnshire just last week. On the websites of companies such as Viridor, SITA, of councils from Glasgow to London, or of the Green Investment Bank, which has stepped in to fund several EfW projects – incineration is consistently referred to in the terms generally reserved for forms of energy such as wind, wave and geothermal.

I suppose this PR is hardly surprising – developers want to sell incinerators; a council that buys one wants to make sure that local residents agree it’s a good idea; and the GIB wouldn’t really be living up to its name if it wasn’t focused on renewable energy. However, Eunomia has argued at length against this view, which misunderstands both the policy and the science.

Don’t trust a word of it

Clearly there is a sense in which waste is ‘renewable’. The OED defines the word as meaning “capable of being replenished, not depleted by its utilization” – since we create more of it every day, unless we become seriously ambitious about recycling targets we will continue to replenish our stocks of combustible residual waste far into the future. It’s a slightly dismal interpretation of the word ‘renewable’, but I suspect it’s the one that many of incineration’s advocates have in mind. However, there’s a more fundamental question I want to address.

For an incinerator to produce renewable energy in a meaningful sense, it needs to meet the criteria stipulated by official definitions and government policies on renewable energy. The European Commission’s Renewable Energy Directive defines ‘energy from renewable sources’ as including only non-fossil sources, namely

In this sense, a considerable amount of the material in our waste isn’t renewable. In its recent document Energy from Waste: a Guide to the Debate, Defra recognises this definition in stating that:

“Energy from residual waste is only partially renewable due to the presence of fossil based carbon in the waste, and only the energy contribution from the biogenic portion is counted towards renewable energy targets (and only this element is eligible for renewable financial incentives).”

Waste contains fossil derived materials such as plastics. However, it also contains biogenic materials such as paper, card and food waste. While it may be environmentally (and often economically) preferable to recycle them, they are arguably just as renewable as any other form of biomass.

That said, many of the biogenic materials you find in the residual waste stream, such as food, paper, card and natural textiles, are derived from intensive agriculture – monoculture forests, cotton fields and other “green deserts”. The ecosystems from which these materials are derived could not survive in the absence of human intervention, and of energy inputs from fossil sources. It is, therefore, more than debatable whether such materials should be referred to as renewable. However, even granting them this status, the claim that residual waste is a source of renewable energy is problematic.

The aim of the renewable financial incentives seems to place EfW on a more or less level playing field with other forms of biogenic generation. In practice, only combined heat and power incinerators and the advanced conversion technologies (ACT) – gasification and pyrolysis – are eligible for subsidy in the form of Renewables Obligation Certificates (ROCs), currently at a rate of 1 and 2 ROCs per MWh respectively, and then only the energy generated from the biomass element of their fuel.

Unless a specific measurement is made of the renewable element of the fuel of a CHP EfW plant, 50% of power generated is eligible for ROCs. These technologies will in future fall under the Contracts for Difference (CfD) renewable energy scheme, so their partially renewable status is confirmed for years to come. The heat produced by a CHP plant may also qualify for subsidy through the Renewable Heat Incentive (RHI).

However, there’s no place in the ROCs or CfD schemes for the electricity-only incinerators that comprise the great majority of those we’ve built in the UK. That doesn’t upset the level playing field with biomass, as electricity-only biomass is also excluded from the new CfD scheme.

So government policy and practice treats EfW as at best ‘semi-renewable’, but only worth subsidising when it produces useful heat as well as electricity. The subsidy system therefore treats most of our EfW estate as less productive of renewable energy than even landfill gas, which qualifies for 0.2 ROCs per MWh from closed sites. Whilst an assumed biogenic share of EfW continues to be counted towards our renewable energy targets, it’s hardly a ringing endorsement of incineration’s renewable credentials.

However, it’s questionable whether even CHP incinerators merit their place on the green playing field. Incineration doesn’t perform very well as a form of energy generation. An incinerator only needs to achieve an energy efficiency of 25.5% in order to qualify as an R1 (recovery) facility. Recent research for Defra calculated that the maximum achievable efficiency for an electricity-only incinerator is around 33%.

The same report found that an incinerator must achieve “an overall conversion efficiency of greater than 33%” if it is to emit less fossil CO2 per MWh of useful energy produced than does a modern gas power station. If you factor the biogenic carbon in too, “to emit less CO2 overall… would require a conversion efficiency of 83%”. So, all non-CHP incinerators emit more fossil CO2 per MWh of energy produced than would a gas-fired power station, and far more CO2 in total. That doesn’t strike me as very green.

Further, because it doesn’t contain as much energy as proper fuels, in the grand scheme of things the amount of energy available from residual waste is small. Using a colleague’s figures, I calculate that you have to burn around 10 million tonnes of waste to generate 1% of our national energy needs.

It’s the biogenic material in residual waste that gives incineration its renewable kudos, and the largest proportion of this by weight is food. It typically comprises between 30-40% of the total mass, although the amount varies depending on exactly what materials are collected for recycling in a particular area. While paper, card and textiles may burn reasonably well 70% or more of food is composed of water.

It is not incinerated because it is a good fuel (you can test this at home: try to start a fire with some salad or a yoghurt that’s gone off) but because it attracts a good gate fee. Burning food requires considerable energy to enable combustion to take place, and the net energy gain is low. Estimates vary between 3-5GJ/tonne, compared with around 10GJ/tonne for mixed municipal waste over all, and over 25GJ/tonne for plastics. Food waste, the principal biogenic and therefore “renewable” component of residual waste is hard to burn and produces little energy.

The Defra research quoted above includes some useful tables showing the contribution that each material, whether containing biogenic or fossil carbon, makes to its overall energy potential. Apparently it’s based on outdated residual waste compositions from a 2006 report, although this is hard to check as it’s incorrectly referenced. The composition shows food making up 31% of the fuel: then, even generously assuming it produces 5GJ/tonne, it contributes only 15% of the energy potential. By contrast, with plastic making up 13% of the fuel, it contributes 32% of the energy. According to a more recent composition produced for Defra, plastics now make up around 25% of kerbside collected household residual waste, and would deliver more than half of the energy.

The myth that waste is a source of ‘renewable energy’ is dangerous, and needs to be stamped out before yet more public money is spent on incinerators. We may count some of the energy produced from incineration towards our renewable energy targets, but the ROCs and CfD schemes already recognise that the majority of UK incinerators don’t produce energy that is meaningfully renewable. However, Defra, DECC and the GIB, all of which continue to support and subsidise incineration, need to remember that non-CHP incineration produces more fossil CO2 per MWh (and far more CO2 over all) than gas-fired generation. To put the logic of my argument in its starkest terms: to the extent that waste is renewable, incinerating it generates very little energy; to the extent that incinerating it produces energy, little is renewable. I rest my case.

“This PR is hardly surprising – developers want to sell incinerators; a council that buys one wants to make sure that local residents agree it’s a good idea.”