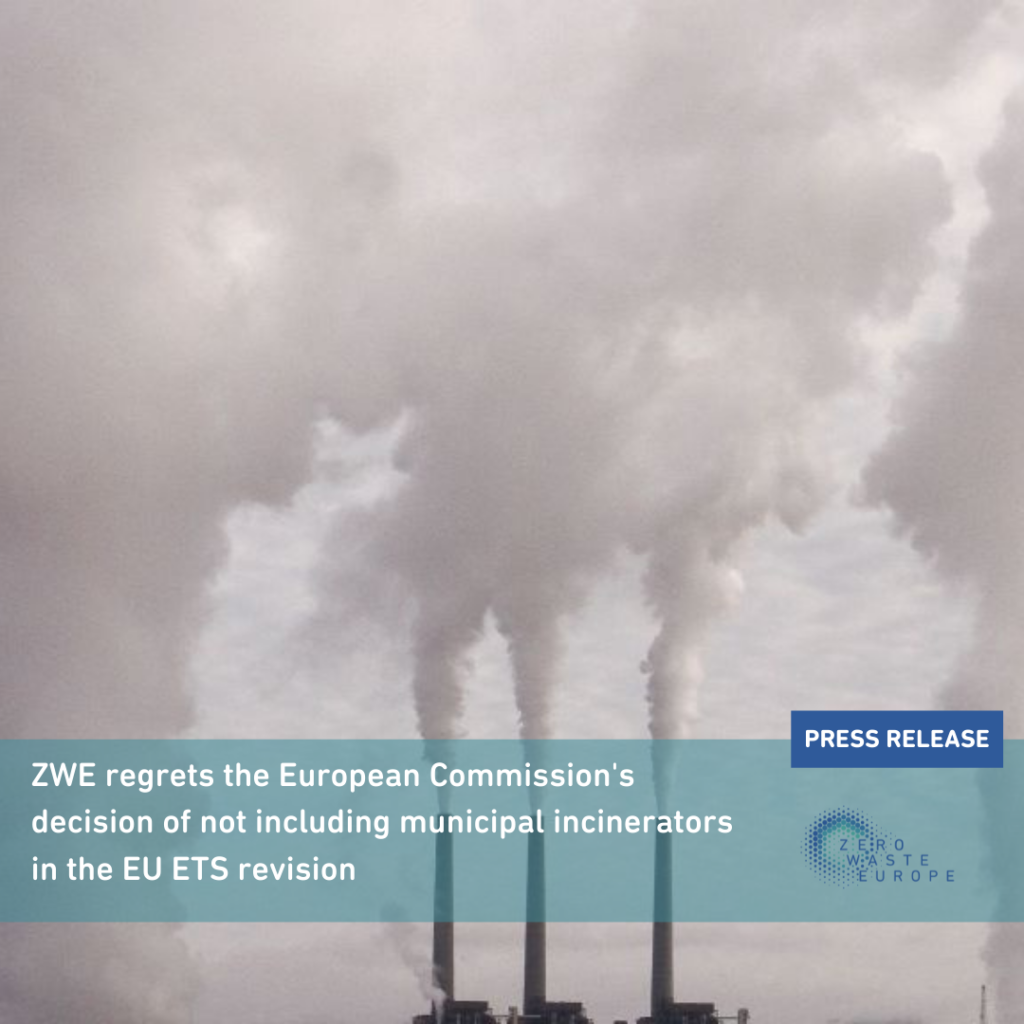 Today, the European Commission (EC) released its proposal for the reform of EU Emissions Trading System (ETS) leaving municipal waste to energy incinerators out of the scope.

Zero Waste Europe regrets this decision that leaves a large number of highly polluting plants (500+) with no obligation to address their adverse climate change impact.

“The emissions from municipal incinerators have been growing uncontrollably. The EC decision is a lost opportunity to subject the high CO2 intensive industry to the ‘polluter pays’ principle to help encourage other more sustainable and low-carbon treatment options”.

A new global report published by Tomra concluded that sorting materials from residual waste  could save 0,73 billion tonnes of CO2 globally.

“While the electricity grid should be decarbonising as a result of more renewable energy sources coming online, electricity produced at the incinerator is becoming a major climate issue undermining the further development of renewable energies in EU Member States”, continued Janek Vӓhk.

The experiences in countries that have applied a CO2 tax on incinerators show that this increases motivation for recycling options for those materials. Involving municipal incinerators in the ETS revision would also benefit renewable energy producers that currently have to unfairly compete with dirty energy from incinerators.

Since this is only the first step in the process of the revision of EU ETS, Zero Waste Europe calls on the European Parliament and the Council of the EC to amend this proposal and include municipal waste incinerators to make them pay for their emissions.