Revealed: Unreported and harmful emissions from incinerators across England 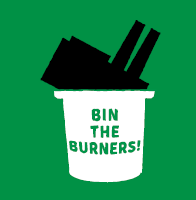 This press release was originally published by UKWIN (United Kingdom Without Incineration Network), a Zero Waste Europe Member based in the UK.

Copies of the full report can be read here: http://ukwin.org.uk/bin from 10:30am today

• Incinerators exceed pollution reporting thresholds, but due to a loophole the public is not informed

• A lack of regulation and official guidance ignored

Research by UKWIN (UK Without Incineration Network) has shown that waste incinerators are not reporting emissions of harmful particulates and the Government has failed to adequately regulate them.

The report, Waste Incineration and Particulate Pollution: A failure of Governance is launched on Tuesday 17 July in the House of Lords, with cross party support from MPs; John Grogan (Labour), Philip Davies (Conservative) and Liberal Democrat Peer, Lord Tyler. The report reveals for the first time the levels of emissions of harmful particulate matter (PM) and Nitrous Oxide (NO) from incinerators across England.

It also shows that waste incinerators are regularly exceeding thresholds where they should be reporting emissions, but are failing to reveal their pollution level.

Incinerators release particulate matter (PM) into the air as part of the waste burning process.

The smallest particles, PM2.5 and smaller, are invisible and especially dangerous to health. Particulate matter (PM) and NO can aggravate breathing problems, heart and lung disease. PM and NOx are emitted by diesel cars, which the government is now working to phase out.

The report shows that the Particulate Matter (PM) released by incinerators in England in 2017 is equivalent to the PM emissions from more than a quarter of a million 40-tonne lorries travelling 75,000 miles a year, and the NOx emissions released by incinerators in England in 2017 are equivalent to around 80,000 lorries travelling 75,000 miles a year, using comparison figures from the Road Haulage Association and Transport for London,

Shlomo Dowen, National Coordinator of the UK Without Incineration Network, said: “For decades incinerators in England have been emitting significant quantities of pollution and greenhouse gasses. There is a substantial cost to society associated with these harmful emissions.

“This cost should be met by incinerator operators in line with the ‘polluter pays’ principle. Operators should also be required to be more transparent about their emissions and to do more to monitor and control the pollution they cause”.

Philip Davies MP said: “Incinerators are being foisted on local communities right across the country and yet the damage that they cause to the local environment is not fully known. There really needs to be a suspension on new incinerators until there is better information available”

John Grogan MP said: “The case for a tax on waste incineration, to mirror the Landfill Tax, and for a moratorium on new incinerators is now very strong.”

Lord Tyler said: “Clean air is vital to health but the Government seems unconcerned about adequately monitoring the emissions from incinerators and has allowed this monitoring loop hole to go unchecked. We must tighten up monitoring procedures and fully investigate the impact before allowing any further incinerators to be built.”

The report calls for:

• The development and implementation of accurate systems to measure the particulate matter that incinerators release, accompanied by proper enforcement

• Incinerators to be taxed on their emissions

Copies of the full report can be read here: http://ukwin.org.uk/bin

The Environment Agency (EA) says operators of incinerators must publish emission levels if the amount of PM10 and PM2.5 exceeds one tonne per year.

But DEFRA has admitted that there is no equipment available to continuously monitor PM10 or PM 2.5, making it impossible for an incinerator to accurately reveal its emissions of these particles.

The Environment Agency issues guidance for assessing PM10 and PM2.5 using an emissions factor (EF) based on the quantity of waste burnt. This factor should make it possible for incinerator operators to give an indication of tonnes of PM10, PM2.5 emitted.

However very few operators have followed this guidance, with only five reports of the levels of fine particulates in the last 19 years.

The Emission Factor states that every tonne burnt will produce 0.022kg of PM10 and PM2.5

Using that factor, the report has reveals the levels of particulate emissions from 36 incinerators across England.

“For decades incinerators in England have been emitting significant quantities of pollution and greenhouse gasses. There is a substantial cost to society associated with these harmful emissions.

“This cost should be met by incinerator operators in line with the ‘polluter pays’ principle. Operators should also be required to be more transparent about their emissions and to do more to monitor and control the pollution they cause“