Press Release: New zero waste Roubaix case study shows ‘where there is a will there is a way’ 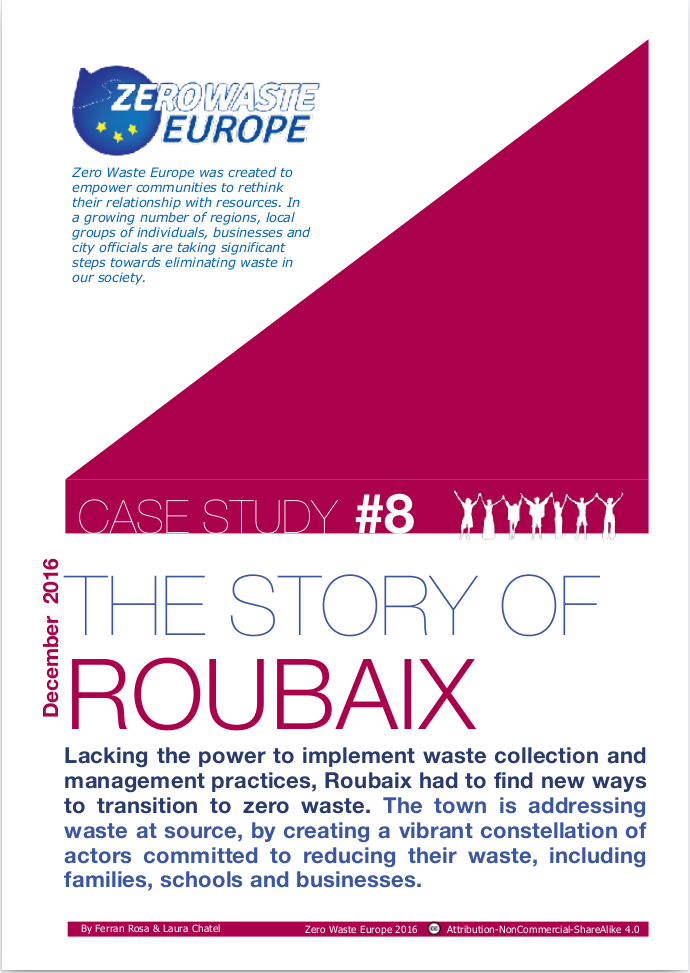 This case study shows that it is vital to involve all stakeholders to change consumption patterns as well as waste generation habits for a successful implementation of a circular economy.

Today Zero Waste Europe[1] has released their latest case study[2]. Demonstrating how the town of Roubaix in Northern France has been able to make significant steps towards a circular economy. The case study highlights the community projects and schemes which have tackled waste at the source, even where the town lacks competences on waste management.

This case study shows that it is vital to involve all stakeholders to change consumption patterns as well as waste generation habits for a successful implementation of a circular economy. The project was so successful that 25% of participating households were able to reduce their waste generation by over 80% and 70% reduced their waste by 50%.

In previous case studies[3] Zero Waste Europe has demonstrated that high recycling rates combined with low generation of waste and low waste management costs are entirely feasible. Zero Waste Europe’s latest case study, highlights how a comprehensive approach has paved the way for zero waste in Roubaix. By integrating families, institutions, businesses, schools and associations Roubaix is creating a new circular system which aims to cut down waste at source and create a new culture of waste.

The case of Roubaix also showcases also the limitations faced by some municipalities in Europe. Roubaix, like other municipalities in France, lacks direct control of waste collection and management policies, meaning that all changes need to be approved by a consortium of municipalities that, in this case, has been reluctant to approve progressive policies. As a result of this the town decided to take an alternative approach reaching out to various stakeholders in Roubaix to minimise waste at its source.

Ferran Rosa, Zero Waste Europe’s Policy Officer said: “Where there is a will there is a way. By challenging households to directly cut down their waste, Roubaix has proven that we can all adjust our lifestyles to more sustainable patterns and make economic savings at the same time”.

Roubaix, which is considered to be the poorest town in France, illustrates that political will and citizen involvement can drive significant change in any situation, even when the competences and resources are lacking.