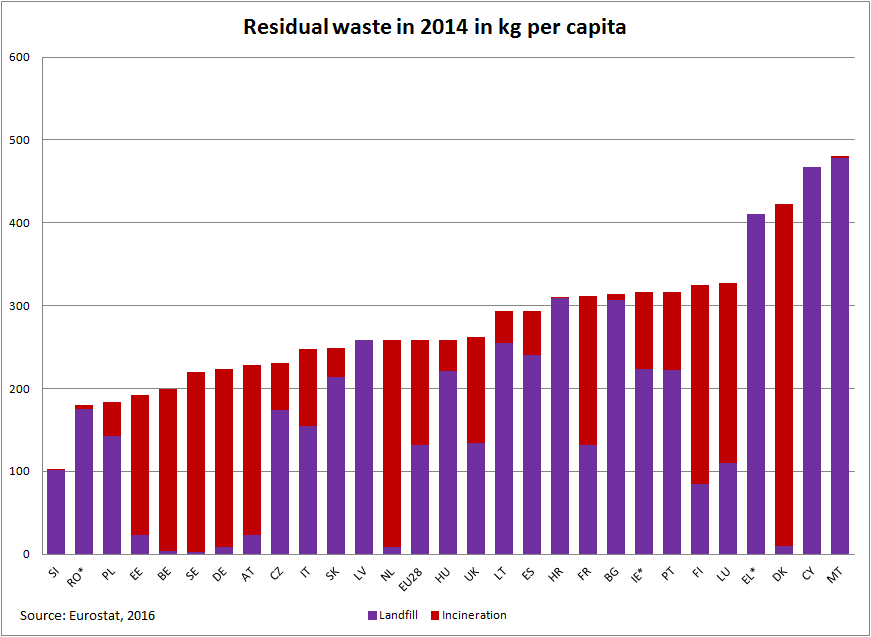 Zero Waste Europe’s Executive Director, Joan Marc Simon said “A residual waste target of 100kg per capita for 2030 is a good indicator of resource efficiency and resource use, as it works on the top levels of the waste hierarchy, effectively combining prevention, reuse and recycling policies”.

When looking at 2014 statistics from a residual waste per capita perspective one can see that, besides Malta and Cyprus (both islands) and Denmark, there is already considerable convergence between EU member states with the EU average being at 259kg per capita, hence a target of 100kg for 2030 is a feasible target.

The situation is, however, very diverse across the EU, both in terms of waste generation and waste treatment. Some Member States like Romania, Poland or Latvia are well under the average EU waste generation with less than 300 kg per inhabitant, while some others like Denmark, Cyprus and Germany generate substantially more than EU average, being over 600 kg per inhabitant and even over 750 kg, as it is for Denmark. 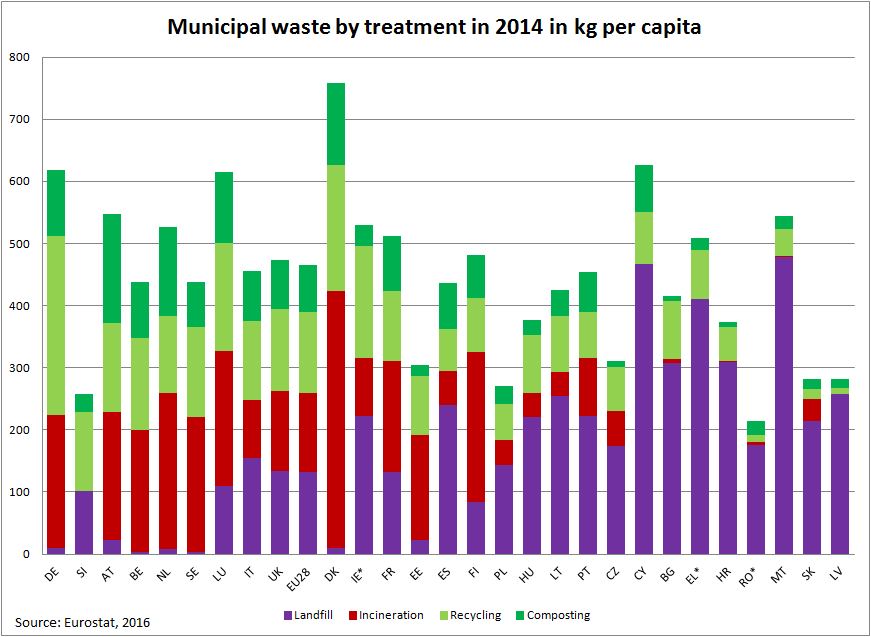 Mr Simon added that “The Circular Economy in Europe means reducing waste generation and increasing recycling rates and Slovenia is a good example of how to both things can take place simultaneously”. 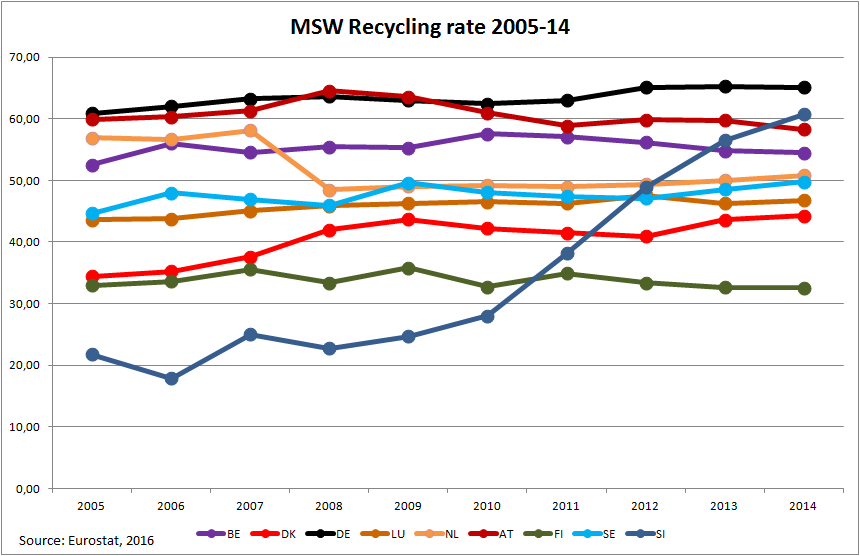 i Proposed definition of residual waste

“Residual waste’ means waste which is not fit for prevention, re-use or recycling and needs to be sent for energy recovery or disposal’