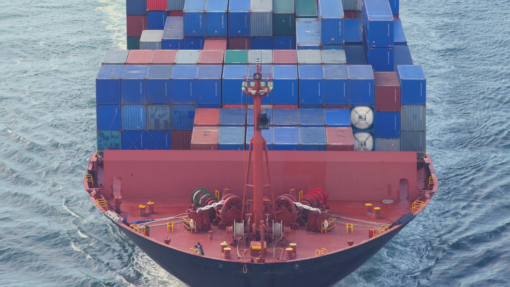 Waste trade: the EU’s so-called “economic opportunity” for receiving countries is a systemic and ethical failure

In 1950, 1,5 million tonnes of plastic were produced around the world. In 2019, this was equivalent to the amount of plastic waste exported by the EU to destinations outside its borders. Our reliance on plastic, especially in high-GDP countries, has reached the point where its trade under the form of waste constitutes an economic activity in itself – as well as an extremely controversial topic.

As the European Waste Shipment Regulation is about to be revised, arguments both in favor and against a ban or restriction of EU plastic waste exports are everywhere. Among those, it is often heard that receiving countries “need” EU plastic waste as raw materials to develop their own circular economy, as if they didn’t have plastic waste of their own. In other words, the European plastic waste that is left (once European recyclers have had their choice to pick up the cleanest and most valuable fractions) constitutes an economic opportunity for those who want it. However, this vision stems from the long-standing issue of EU double standards.

Waste – a threat in the EU but an opportunity in other countries?

What is striking in the discussion around a plastic waste exports ban to non-EU countries is the radical change of perception, which is often simply based on geographical location.

Some industry players describe the excess of EU plastic waste as a threat because some parts of the recycling industry are not currently absorbing it – and would not be able to do so immediately in case of a ban – thus having to shoulder additional costs to find recycling solutions for low-value and contaminated plastic waste. At the same time, these same players depict it as an economic opportunity for receiving countries who supposedly strongly need this “raw material”.

Obviously, we cannot be blind to the technical differences, capacity-wise, experienced by the recycling industry. If the European recycling industry’s infrastructure is currently saturated, excess recyclables resulting from a new export ban would, of course, need to be stockpiled while capacity is increased, or until the quantity of recyclables goes down – as it may happen anyway following the implementation of the EU Single-Use Plastic Directive. Stockpiling costs would be offset by the longer-term growth of the real EU plastic recycling economy, as recycling investments and capacity would increase, supported by recycled content mandates, design for recycling, and regulations limiting toxics in products. Meanwhile, the shady market of waste traders and haulers, unscrupulous about the final destiny of the wastes, would fade away, which would be a good thing.

Is the European plastic waste that is unwanted by EU recyclers really an economic opportunity in receiving countries? The EU boasts about having the highest recycling rate in the world and, thus, the best infrastructure. If even the best infrastructure in the world cannot absorb all this plastic waste – and, specifically, the types of plastic waste that are currently being exported – why would countries that are developing their own waste management system be able to do it, and in a profitable way at that?

In reality, what we’ve witnessed is that the industry’s reliance on foreign waste imports often happens at the expense of the local waste management system. That has been the case, for instance, in Turkey, where waste pickers struggle to sell locally-collected plastic waste to a recycling industry that relies on its EU and other foreign counterparts.

Short-term profit or people and planet?

EU plastic waste exports are not simply about raw economics. Historically, operators in the EU have largely sought to export toxic and unprofitable waste to places outside the EU to avoid the cost of environmental regulation. The dynamics of plastic waste trade are no different, given the toxic emissions from plastic waste management and the cost of managing it in an environmentally-sound manner. Behind an impacted industry or a hard-to-find profitability, the most pressing issue related to plastic waste trade lies with its social and environmental consequences. The issue is not simply about absorbing surplus or scaling-up infrastructure: it is about the overproduction and consumption of a material we simply cannot handle – and are therefore offloading to others. The consequences are numerous and well-known: in practice, shipped plastic that cannot be recycled ends up being burned or dumped. This pollutes the environment through the release of microplastics or leakages of toxic chemicals in the air, water, and soil. Ultimately, this directly impacts the health of local communities through direct breathing exposure; or indirect exposure due to the contamination of cultivated crops or rivers used for fishing.

Once again, it is about European double standards: do the short-term profits of European waste haulers weigh more than the environment and health of the population living in receiving countries?

The answer is no, but people tend to conveniently forget it. The debate around plastic waste trade has been reduced to a technical and economical debate. This is wrong and extremely misleading, for two reasons:

Do we want them to want it?

Undoubtedly, and as mentioned, the EU has one of the best performing recycling systems in the world. Yet, the EU also has one the highest plastic generation rates per capita in the world and, as a bloc, is the first plastic waste exporter in the globe. With much of this plastic waste being unrecyclable, it was never designed to function within a toxic-free European circular economy. Let’s not pretend we ship our plastic because other countries need it. We ship it because we produce too much of it; because we disregard design for toxic-free circularity; and, as a result of that, because we just cannot handle it. All of this makes it extremely convenient to claim that we’re doing it for the sake of others.

Nevertheless, we can see the tide turning on this. Receiving countries start to be fed up with this narrative and are publicly announcing they simply don’t want our plastic waste. China kicked it off in 2018 by banning imports. When waste flows shifted to Southeast Asia as a consequence of the Chinese ban, countries like India, Vietnam, or Malaysia started to refuse our waste by banning or restricting imports. The latest country to join this trend (to date) is Turkey, who, in 2021, banned the import of waste containing both high- and low-density polyethylene (HDPE and LDPE, respectively).

It seems clear that so called “receiving countries” do not need our plastic waste that much.

Instead of saying we’re shipping plastic waste to countries because they need it, Europe has an obligation to them and to take responsibility for our own practices. The plastic pollution crisis requires comprehensive measures all along the value chain to reduce the quantity of plastic produced. Then, recycling practices are also extremely important – and, for this, we need a competitive and cost-efficient recycling industry which is able to produce high-quality recycled material that can compete with virgin plastic.

This will happen through eco-design, mandatory recycled content, and taxes on virgin plastic, – not through shipments. If the industry’s viability is based on its ability (or lack thereof) to offload plastic to non-EU countries, it means the system is broken. And if it is indeed broken, we should try to fix it instead of exporting its failures somewhere else.