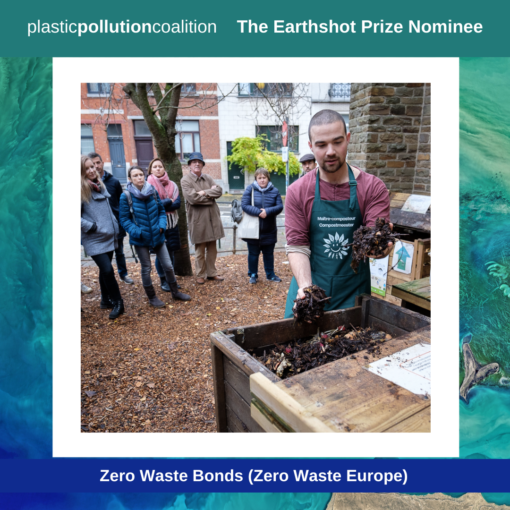 This month of March marked a massive step towards wider recognition of the zero waste movement outside its immediate networks and sphere of influence.

The exciting news that Zero Waste Europe and the Mission Zero Academy were nominated – by the Plastic Pollution Coalition – for the Earthshot Prize 2022 filled our team (core and extended) and our network with an even bigger sense of pride and purpose in our work and achievements.

The most prestigious global prize for the environment in history, the Earthshot Prize seeks to turn the often pessimist tide surrounding environmental issues into an optimist one – and does so by recognising and celebrating the ability of human ingenuity to create change and inspire collective action.

What is the Earthshot Prize?

First established in 2020 by The Royal Foundation and with the first-ever prizes awarded in 2021, the Earthshot Prize celebrates impactful environmental achievements across the globe. Foreseen to run yearly until 2030, this Prize rewards its winners with 1 million pounds so that they can continue and increase their environmental work. The Prize was inspired by the UN Sustainable Development Goals and is divided into five categories (the Earthshots):

Every year, hundreds of organisations and projects are nominated for the Earthshot Prize by a group of Nominators (comprising 345 entities in 80 countries, with the Plastic Pollution Coalition among them). All nominations go through a thorough screening and evaluation process, which takes into account the inspiring stories behind each nominee; factors such as inclusion, societal benefits, and equity. The selection criteria also give primacy to solutions that are past their conceptual/embryonic phase, and can demonstrate either working prototypes or tangible impacts which can be readily scaled or replicated.

Why is Zero Waste Europe nominated? 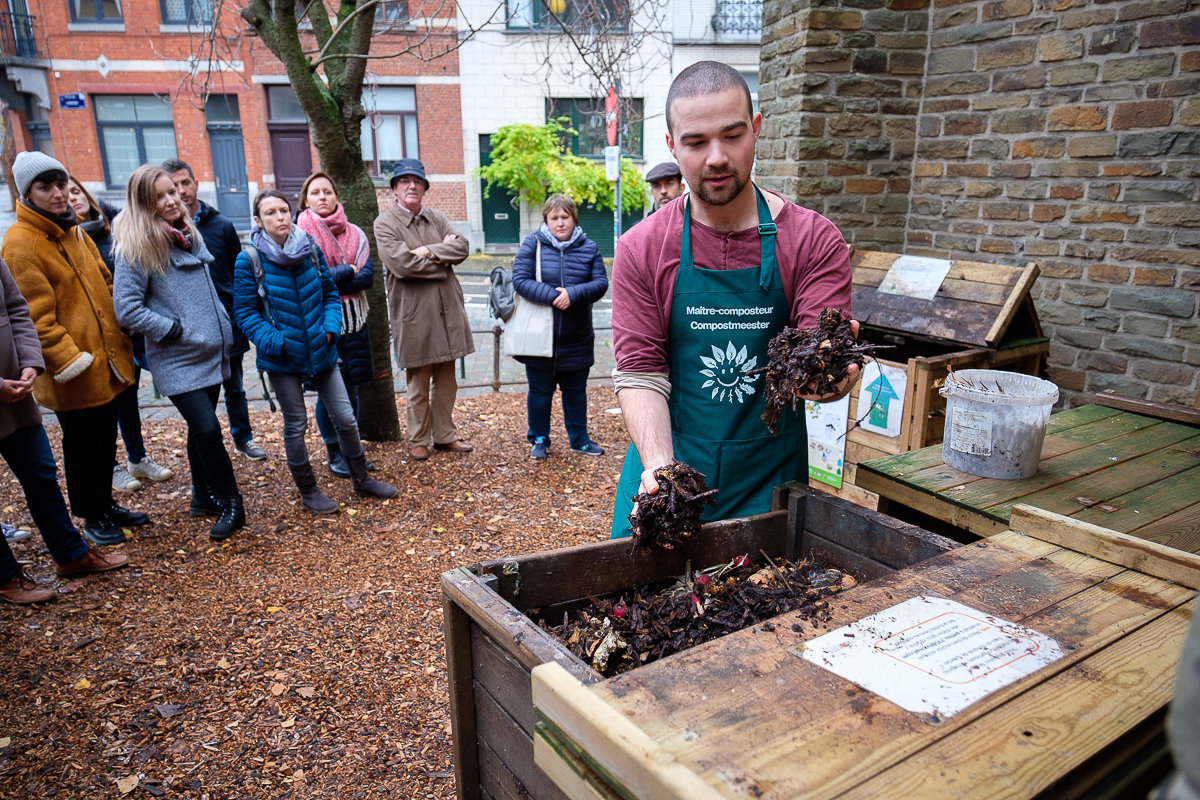 All of us at Zero Waste Europe are thrilled with our nomination, which is linked to our work on the first-ever Zero Waste Bonds!

ZWE has been exploring new financing mechanisms to fund the transition towards zero waste at the local level, as a response to the most common challenge faced by pioneer zero waste cities and other committed local stakeholders: how can we fund the investment needed by a new prevention policy or a more advanced waste management system? While EU standards are pushing for better recycling or prevention targets, the investment is still flowing to traditional downstream waste management infrastructure. One of the first financial tools to be implemented is our Zero Waste Bonds, an outcome-based investment mechanism that will fuel funding towards the right solutions, while empowering communities locally.

Our colleague Caroline Cullière, who coordinates ZWE’s work on New Financing Models, couldn’t be more excited about the recognition of the potential of these Zero Waste Bonds: “We started our work on social impact bonds a year ago, knowing that this financial mechanism could close the gap between the work that we are doing at institutional and grassroot levels. It is also pioneering work when it comes to bringing the concept of zero waste to a ‘social’ issue – eventually, it will open the gate to other organisations. It’s amazing to be recognised for an award such as the Earthshot Prize so “shortly” after the beginning of this journey!”

Likewise, our Associate Director, Esra Tat, explained the importance of being nominated for this award and the collective sense of ZWE pride behind it: “We are thrilled with this nomination and humbled to be surrounded by many other inspiring initiatives. For ZWE, it’s a recognition of our continuous efforts to find creative ways to mainstream zero waste models. Often, this means exploring uncharted territories to turn our holistic vision into reality. Our Zero Waste Bonds are a good example of that; of course closing the funding gap by channelling investments to local solutions is needed. But we want to ensure that such investments would contribute to community resilience and have a measurable positive climate and social impact. We are proud to have been nominated for such a work!

Why is the Mission Zero Academy nominated? 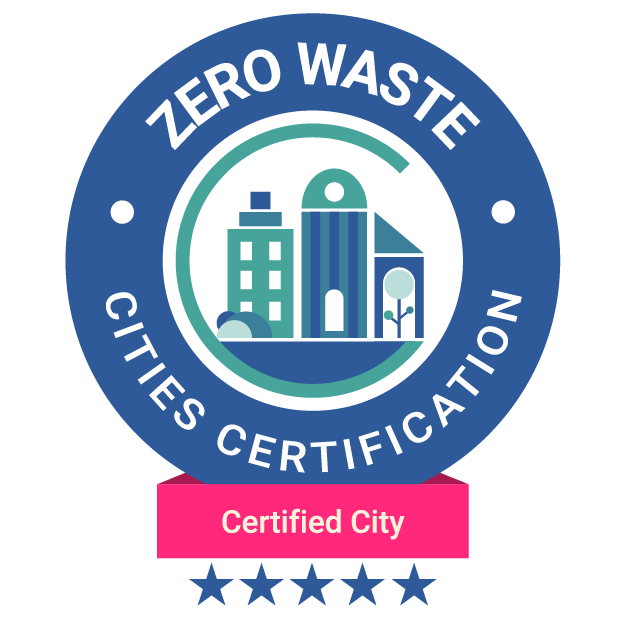 A Zero Waste Europe spin-off, the Mission Zero Academy (MiZA) is a knowledge and capacity building hub to mainstream ambitious zero waste models. MiZA got nominated for its work on the world’s first Zero Waste Cities Certification (ZWCC), which was built on a decade of professional expertise and on-the-ground experience from Zero Waste Europe – in particular, from the efforts and activities run by its Zero Waste Cities programme and members’ work.

By running the ZWCC, MiZA works as a connection point between municipalities and ZWE’s work, accelerating the fulfilment and implementation of the commitments taken by zero waste cities across the European continent.

In this first year of operation, the certification system has proven its concept by attracting bigger cities – and even capital cities like Riga -, as well as settlements from countries without existing zero waste cities. With its inherent impact towards a waste-free world and lifting the grassroots – combined with it being on a tipping point for scaling up -, we daresay that the Earthshot criteria are more than covered.

Once the nomination was announced, the mood was nothing short of ecstatic among the MiZA team, especially considering that such a prestigious acknowledgement came their way less than a year after the official establishment of the organisation.

“2021 was an ignition year both for MiZA and the certification. Being nominated for the Earthshot is great proof that what we have created is impactful, inspiring and has huge potential to trigger systemic change.”, explained Kaisa Karjalainen, MiZA’s Coordinator. “We are excited that the Plastic Pollution Coalition has noticed our work and are honoured to be nominated. Last year we saw a general big increase in the interest in cities to start their journeys towards zero waste and our certification is a great way to get there. We have a solid foundation for our work, great partners and customers, and now, with this nomination, we’re even more determined to fill Europe with Certified Zero Waste Cities!”

“This nomination is a wonderful recognition of the hard work that has taken place at the local level in Europe over the past 15 years. I hope this nomination will provide some extra visibility to the leaders and pioneers who have been behind the success stories of our 460+ existing zero waste cities.”, added our colleague Jack McQuibban, Coordinator of the Cities & Communities programme at Zero Waste Europe, and the bridge between the implementation of the Certification by MiZA and the knowledge and efforts led by ZWE members at the local level. “The Cities Certification is the formalisation and natural evolution of our zero waste cities work that has been developing since 2007. Yet the current environmental crises we face calls for more urgent action, and with the Zero Waste Cities Certification, we have the tool to meet this challenge – we’re only just getting started!”

In excellent company – a group of very worthy nominees

ZWE, MiZA and BFFP stand in great company, as amongst the organisations and projects nominated for the 2022 Earthshot Prize by the Plastic Pollution Coalition (not to mention the other hundreds of nominees!) are: 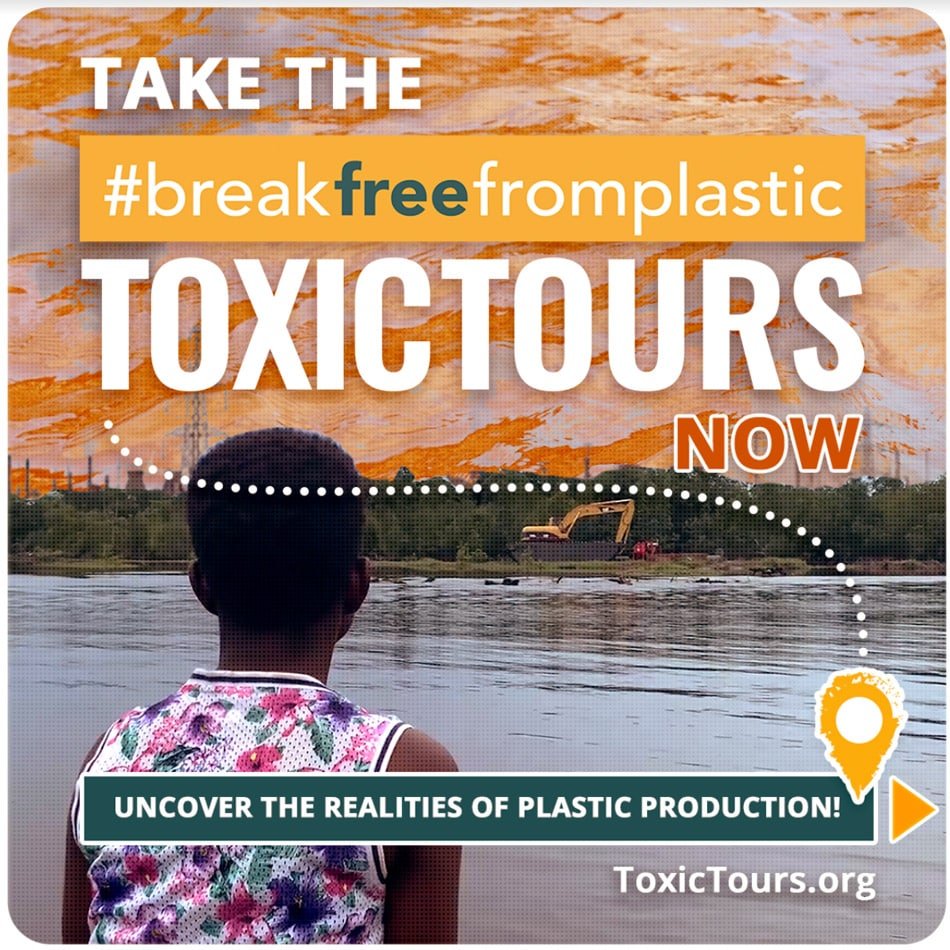 Launched in 2016, the #breakfreefromplastic (BFFP) movement is a global movement of more than 13,000 organisations and individuals across the globe who envision a future free from plastic pollution. This means tackling plastic pollution across the whole plastics value chain – from extraction to disposal – focusing on prevention rather than cure and providing effective solutions. Besides being one of the global founders of BFFP, Zero Waste Europe set up the European chapter of the movement and currently hosts its regional coordination.

BFFP got nominated for its Toxic Tours platform, led by environmental justice groups to elevate the stories of frontline communities living near petrochemical sites around the globe. The platform builds inclusion and equity by creating a space for frontline communities to share their stories and share their local site fights. In the second phase, more voices will be added to the map, for incineration, recycling, and solutions. 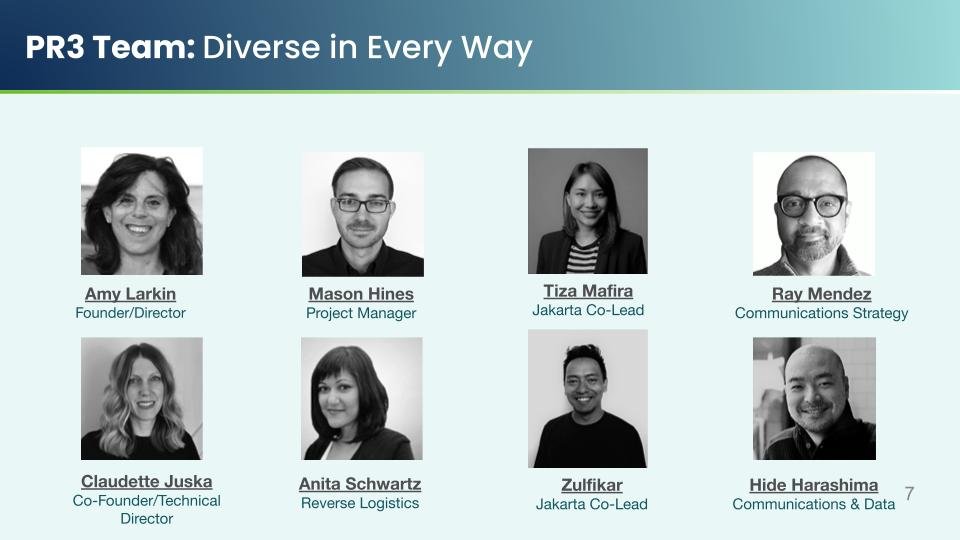 Also from our closer networks, RESOLVE is an international NGO (with its European branch located in Switzerland) working on the creation of sustainable solutions to critical social, health, and environmental challenges by creating innovative partnerships where they are least likely and most needed. Their PR3 project – standing for Partnership to Reuse, Refill, Replace Single-Use Plastics – is devising a Reusable Packaging System Design Standard to support the scale-up of reusable packaging and infrastructure. With this, they seek to harmonise what currently are small-scale, disconnected reuse actions into interoperable, widespread public-private systems.

Whoever the five Earthshot winners of 2022 will end up being, the world is now watching us and all our efforts towards circularity more closely.

Congratulations to all the nominees across the globe for their outstanding efforts and contributions to a more sustainable and circular world!