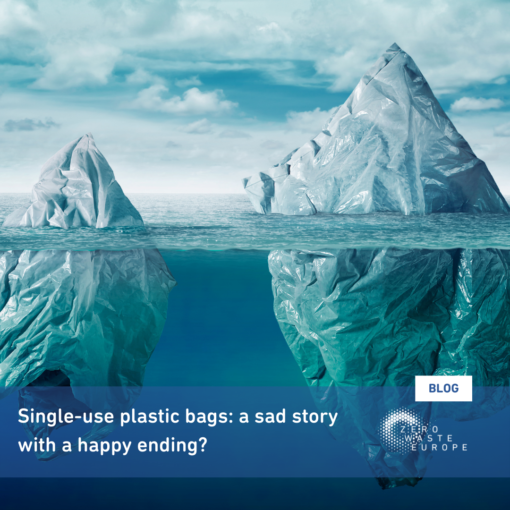 In single-use plastic bags one can find the worst and the best of us. The worst, because it shows how we humans are capable of the worst design possible; choosing a durable and versatile material for a very short-lived application yet causing a disproportionate environmental impact. And the best, because through collaborative work, we have been able to radically reduce this impact over the last 10 years.

I remember how, back in 2008, the world was already inundated with plastic pollution, and plastic bags were the most iconic representation of our throw-away economy. Yet, as the proverb says “there are none so blind as those who will not see” and back then very few in Europe saw the invasion of plastic bags as a long-term problem and even less thought that a solution was possible.

It was then that ZWE’s member Rezero launched the Plastic-Bag Free day on July 3rd 2008. The first edition took place only in Catalonia but the campaign was so inspiring that in 2009 we decided to launch it at European level, with actions in several countries. The topic started to gain traction and more and more media houses were writing stories about the ubiquity of single-use plastic bags and their impact on living creatures and the environment as well as the huge economic impact it was having in the global south, where plastic bags were clogging drainage systems and causing severe floods. Unsurprisingly, the first country in the world to ban single-use plastic bags was Bangladesh in 2002.

The campaign continued to grow each year, and by 2013 we managed to have hundreds of actions around the globe, pushing many countries to take measures. As a result of the public pressure and following the example of Ireland, which implemented a levy in 2002 and reduced the use of single-use plastic bags by more than 90%, the EU decided to take action and enacted the plastic bags directive in 2015, which imposed the adoption of measures to reduce the annual consumption to less than 90 bags per person by 2018 and 40 for 2025 or to ensure plastic bags are not provided for free. Many other countries such as Kenya or Mozambique followed the European example and banned single-use plastic bags.

The reduction in the use of single-use plastic bags in Europe is today a reality that we can see in our everyday life –although the official Eurostat reporting about the results for 2018 will have to wait until end of 2021- and it was a precedent for what later became the acclaimed Single-Use Plastic Directive. Both pieces of legislation show two things; firstly, that public pressure is critical to secure ambitious legislation. Secondly, that legislation is key to make change happen as we wouldn’t have seen the reduction in the use of single-use plastic without these directives.

Yes, there are still too many single use plastic bags out there.

Yes, there are many producers which do not abide by the rules or try to find loopholes in the system.

And yes, there is still a long way ahead to free this world of plastic bags…

So, where is the happy ending? The story is not over yet. Despite the fact that the pollution caused by single-use plastic bags looks somewhat less dire than it did 10 years ago, one thing is clear to me; we will only succeed if we continue to ask for the right measures, no matter how impossible they might look at first sight.

13 years after the first Plastic Bag Free Day we should continue to phase out plastic bags and the throw-away culture that comes with it. This 3rd of July is time to act together to bury plastic bags in the museum of bad design.