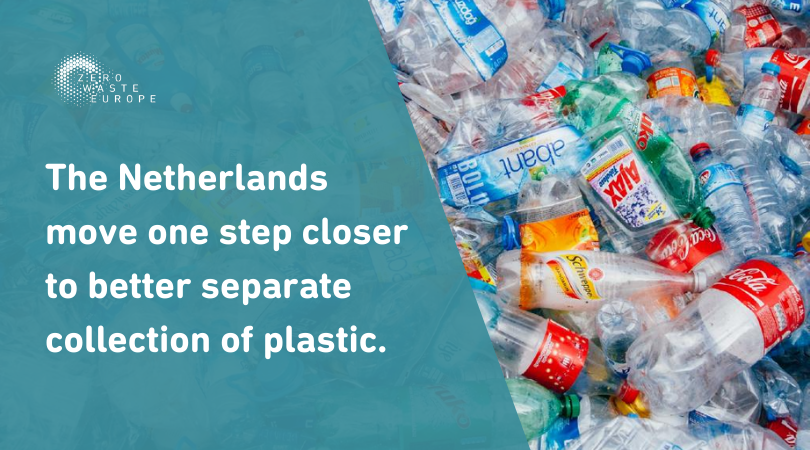 The Netherlands will introduce a 15 cent Deposit Return System (DRS) on all plastic bottles smaller than one litre, as announced by the Environment Minister Stientje van Veldhoven on 24th April 2020.

What is a Deposit Return System? DRS is a system where consumers buying a product pay an additional amount of money (a deposit) that will be reimbursed upon the return of the packaging or product to a collection point. The system is based on offering an economic incentive for consumers to return empty containers to any shop to ensure that they will be reused or recycled. For beverage containers, these systems are already operating in more than 40 regions worldwide with great results (read more about DRS in our Manifesto).

The expansion of the current deposit system in the Netherlands will come into effect in July 2021 and is being introduced after 20 years of discussions around the topic, many empty promises from the packaging industry and the failure of several efforts to reduce the amount of small plastic bottles in litter.

This week, we had the pleasure to interview Huub Scheele, Member of the Zero Waste Europe’s Board, to learn more about this great announcement:

I got into the world of zero waste by investigating dumping sites during my studies as an environmental engineer at the Wageningen Agricultural University. I initiated a working group to halt the export of hazardous waste to the notorious dumpsite Schönberg in East Germany, and stopped all those exports in just over a year.

Last week, the Minister of the Environment decided to introduce deposit money for small plastic bottles starting on July 1st next year. Producers of plastic bottles will be responsible for the implementation of the system, providing accessible places to deliver the bottles, such as supermarkets, railway stations and gas stations.

The business and packaging industry have, for many years, tried to break down existing DRS systems and prevent the expansion of DRS to other types of packaging. They used agreements for voluntary reduction, employed an extensive budget for PR and manipulated research.

Under the pressure of many NGOs and local groups, the Minister made it clear that to avoid legislation and DRS systems, the packaging industry would need to successfully reduce plastic bottles in litter. Yet, the set targets were never met, and so the Minister finally decided to introduce deposit money for small plastic bottles starting next year, and they will also prepare the same process for cans, in case their reduction in litter is not achieved by next year.

I think DRS regulations are essential to move away from single use packaging and get beyond voluntary separation initiatives. We used to have that in the past in our country. I hope this Dutch move towards an obligatory deposit return system will inspire other European countries to do the same. That could lead to a more harmonised system and will reduce plastics leaking into the environment. 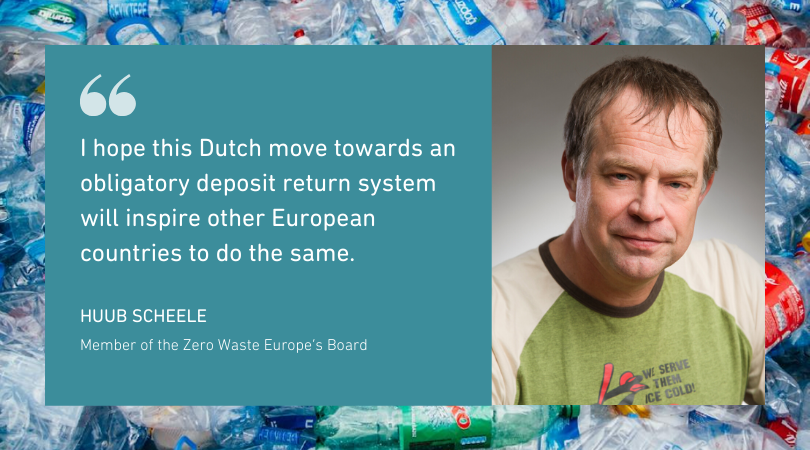 The overcapacity and (in)direct subsidies to the waste incineration sector, and the permission to dump waste easily for “beneficial purposes” are definitely not promoting the shift to smarter waste management, and the transition to a circular economy. On a less conceptual level, seeing a former Dutch Minister of the Environment getting employed by the packaging industry, and becoming a lobbyist for abolishing DRS, painfully shows what is the real agenda of the packaging industry, while hiding behind greenwashing campaigns like “Clean Netherlands” or “Plastic Heroes”.

I think the amount of plastic bottles and tin cans will diminish substantially next year. At the same time, business will get very creative in avoiding the legislation, rather than making a systemic change, as they have always done in the past. But this major step forward in preventing more plastic waste will be a great stimulus for the countless Dutch voluntary waste pickers, that will be vigilant in not allowing companies to get away easily.

You can find more about the Deposit Return Scheme Manifesto here.