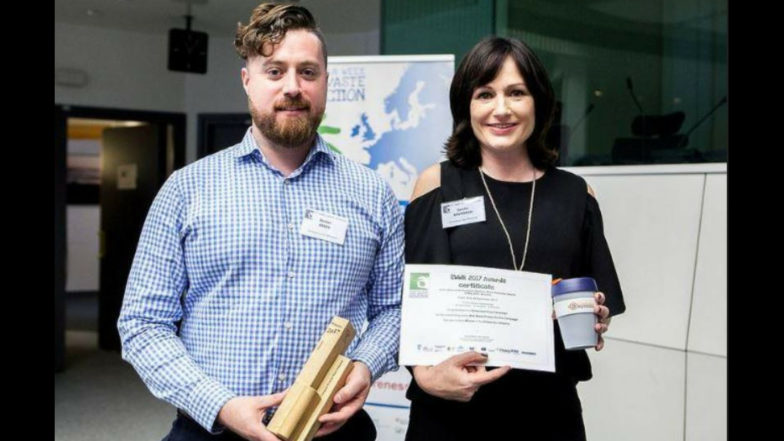 Behind the scenes of the awarded grassroot campaign promoting reusable cups 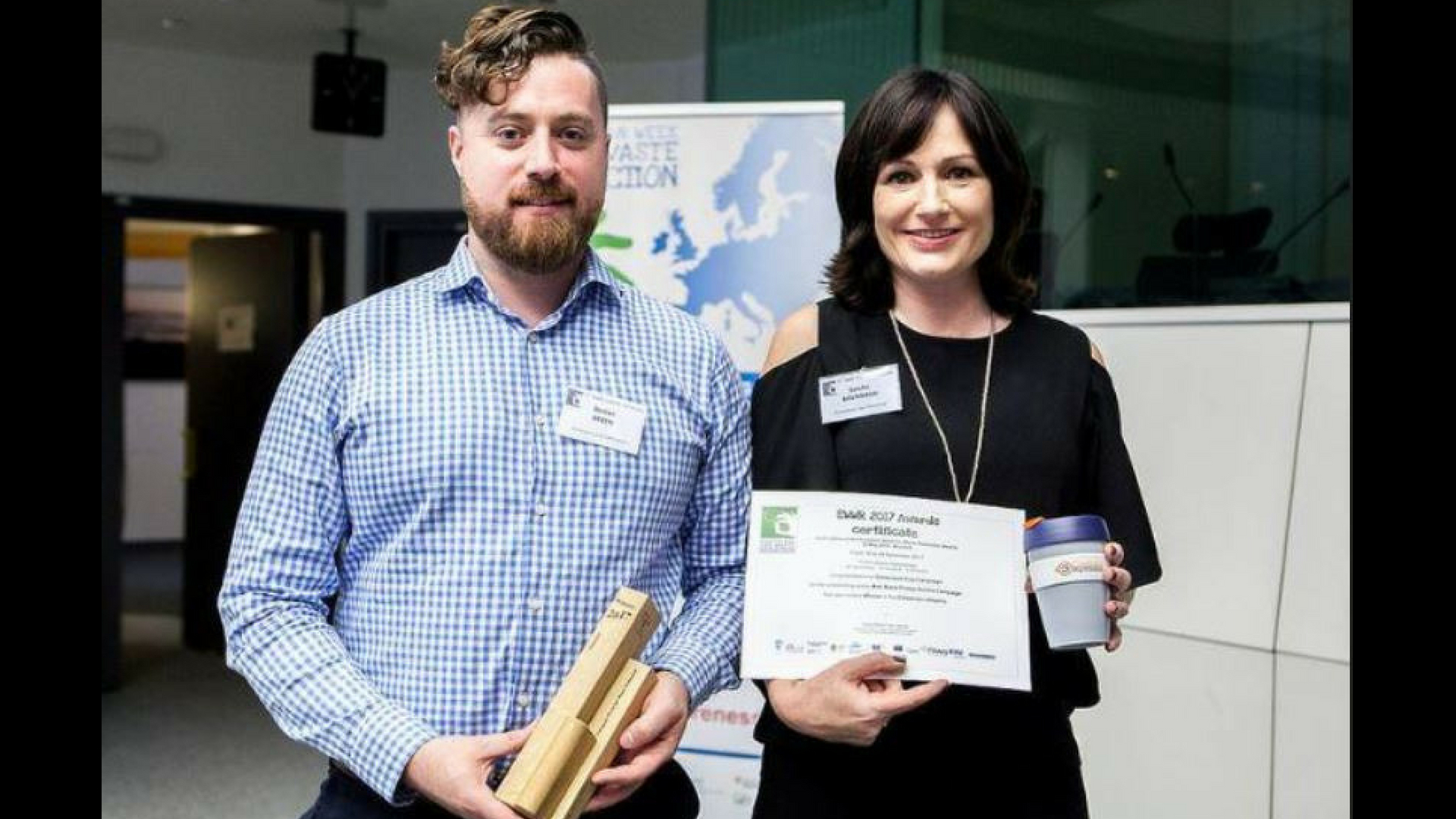 The European Week for Waste Reduction Awards was a window into a range of inspiring and innovative projects for climate action, involving businesses, municipalities, NGOs and citizens. Notably, the citizens category stands out since it highlights how everybody can play a significant part in the fight against climate change – and the winning campaign clearly demonstrates that.

The Conscious Cup project won the award in the citizens category for their “Anti Black Friday Gorilla Campaign”, an event designed to raise awareness about single-use coffee cups. The campaign was held in Dublin’s Wolfe Tone Square during Black Friday, a very busy shopping day, in order to reach as many people as possible. The aim was to inform consumers about the negative effect that single-use coffee cups have on the environment from the moment of their production to their disposal. The campaign was very successful and more than 450 reusable cups were distributed on that day to people who filled out an informative questionnaire and joined the “Pledge to Carry Your Cup”.

Two of the #EWWRAwards winners addressed the single-use cups issue by encouraging coffee drinkers to opt for #reusable options! Find out more about the initiatives developed by @CCCampaign_Irl and @eurodistrict on https://t.co/yuVLRIMlbt. #WorldEnvironmentDay pic.twitter.com/EsPtJjuirc

It is estimated that every year over 200 million single-use cups are disposed of in Ireland, while in the UK 7 million disposable coffee cups are used every day, which translates to the staggering amount of 2.5 billion annually. To make matters worse, there is a common misconception that on-the-go cups are recyclable. This is technically true but, unfortunately, it is far from reality. Disposable coffee cups contain polyethylene, a substance that makes the cup waterproof. However, after it is added it cannot be isolated again in a standard recycling mill. This means that on-the-go cups can only be recycled in highly specialized recycling facilities which are very rare, for example only two exist in the UK. The Anti Black Friday Gorilla Campaign wanted to highlight all this, and campaigners believe that one-to-one interaction is the best way to achieve it.

The Conscious Cup Campaign launched in 2016, with the aim to reduce the consumption of single-use coffee cups and, ultimately, phase them out from people’s daily lives. In coordination with local coffee shops and international coffee shop chains, they arranged for a discount for customers bringing their own reusable cup. 1000  coffee shops have been involved so far and, thanks to the support of Zero Waste Europe’s member, VOICE Ireland, the network keeps on growing. What is outstanding about this project is that in just two years the campaign has managed not only to raise public awareness about single-use plastic, but also to promote the habit of carrying one’s own cup.

This campaign shows that transitioning to a Zero Waste lifestyle is neither difficult nor more expensive. We can save the planet from plastic while at the same time financially benefiting from this action. A Zero Waste future also means a full(er) pocket.

“We can save the planet from plastic while at the same time financially benefiting from this action. A Zero Waste future also means a full(er) pocket.”