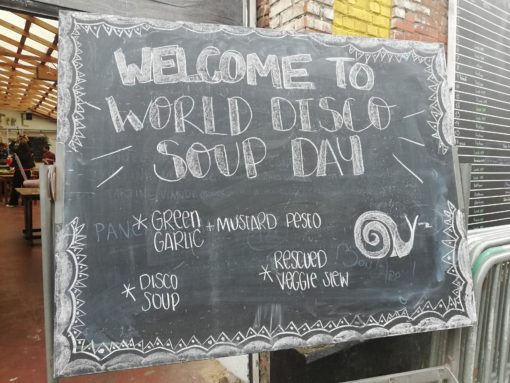 From Brazil to Australia and from Japan to Canada, people are saving food from waste with a party vibe. 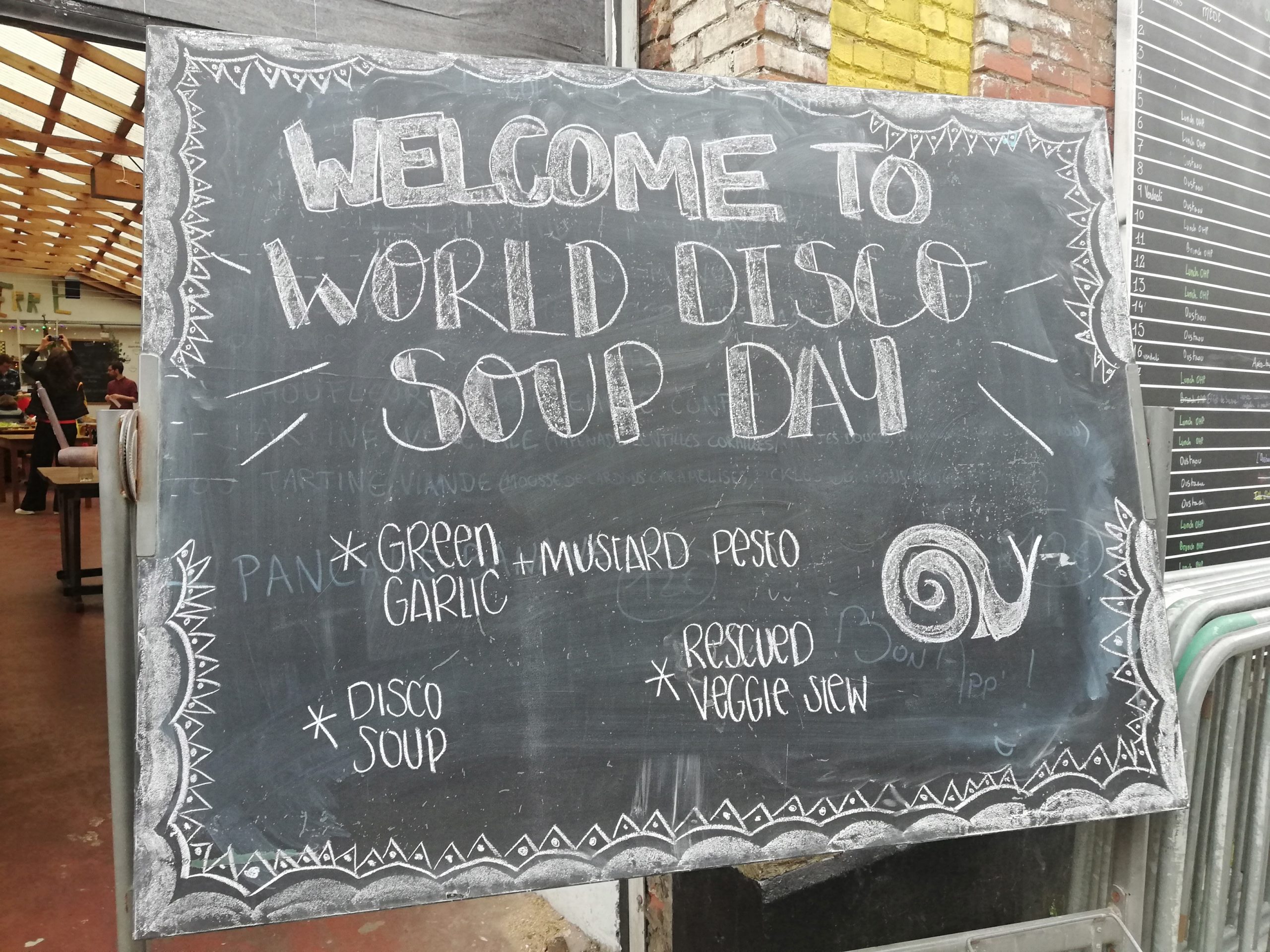 On the 28th of April people in Brussels celebrated the World Disco Soup Day. Families, groups of friends, and passerby joined together to create a delicious meal from unused food under the sound of good music. It was a matter of time for the party to start.

It’s #worlddiscosoupday, and all around the world anti-#foodwaste heroes are gathering to save food with a twist. And you, are you joining the @DiscoSoupe party? pic.twitter.com/CiRUhPf6yh

So what exactly is Disco Soup? It is pretty straightforward: a group of volunteers gathers discarded food – bread, fruit, vegetables – from local markets, supermarkets, restaurants and farms, and prepare delicious meals with these products that would have otherwise been thrown away. The food is prepared while listening to music, with a party vibe. In other words, people prevent food waste while having fun!

It all started in Berlin in 2012 when activists from Slow Food Deutschland and other partner organizations got together and organized Schnippeldisko – or else Disco Soup – to raise awareness about food waste, managing to feed 8000 people from discarded food at their first event.

The initiative soon took over the world. From Brazil to Australia and from Japan to Canada, Disco Soup events have since been taking place with great success.

Since 2017, the Disco Soup movement launched the World Disco Soup Day  when Disco Soup events occur simultaneously all over the world. The global movement has now turned into a global party where events like face-painting, dressing up and karaoke take place as part of it.

In Brussels World Disco Soup Day was organized by Slow Food Youth Network. Alice Codsi, one of the main organizers, when asked about food waste and if she sees any change in people’s behavior said: “Since 2013 food waste has been talked a lot more, people know what it is, people understand it a bit more, I think people are starting to understand that it’s not just in their homes but it is all along the food chain and there is something they can do about it”.

Nowadays, Disco Soup seems to be more relevant than ever, since according to the Food and Agriculture Organization of the United Nations (FAO), around one third of the food produced for human consumption annually is either wasted or gets lost. This figure may not sound like much but it translates to 1.3 billion tonnes every year. If only a quarter of this food was saved in some way, it could feed 870 million people.

The numbers are very alarming and the EU has been recurrently urged to tackle food waste from farm to fork. Recent revision of the waste framework directive calls on Member States to halve food waste by 2030, in line with the Sustainable Development Goals approved by United Nations. However, this remains an aspirational target and further measures are needed, such as the introduction of food waste prevention measures within the Common Agriculture Policy, among others. However, things are moving and ongoing programs like the EU platform on Food Losses and Food Waste is contributing to find solutions, through policy proposals and pilot projects, in domains like food donation. Similarly, some European countries like France or Italy have recently approved legislation to favour food donation and prevent food waste.

But it’s not all about policies: as consumers we also need to reconsider our way of thinking. A lot of products are discarded because of market regulations merely based on aesthetics – they are either too big, too thick, too small or simply funny-looking. This in no way affects the nutrition values of the product or makes it less edible. Another way to help reduce household food waste is to plan ahead the weekly meals and buy only what is necessary. When products – like meat – are close to the expiration date, they can be stored in the freezer and consumed later. Buying food in bulk is also a good practice to prevent food waste:  multipacks encourage consumers to buy more than they would need – while also generating unnecessary plastic waste. Moreover, research shows that food packaging solutions such as multipacks and small format food packs can drive food waste as they require products to conform to standard sizes. For example, a recent study showed how chopping green beans to fit plastic packaging resulted in 30-40% of the beans being wasted.

Another option is to organize your personal “Disco Soup”, and invite your friends to share a left-over dinner party. As Tristram Stuart, the founder of Feedback, once said: “In order to save the planet you have to throw a better party than the people who are ruining it.”

Do not forget to also check for local Disco Soup events throughout the year and join their friendly community. If you join the movement in Brussels, you will get to meet Alice who says that: “It’s fun to cook, and it’s nice to eat all together. Disco Soup can show people how to cook and save food waste while having fun. It is possible to create change in a positive and a nice way.”“In order to save the planet you have to throw a better party than the people who are ruining it.”