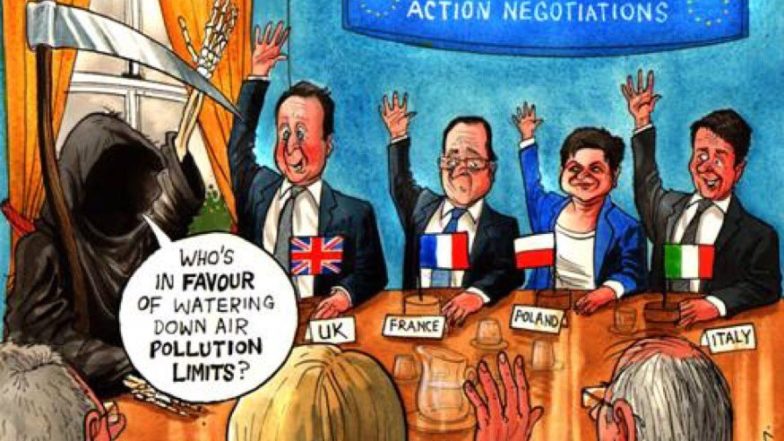 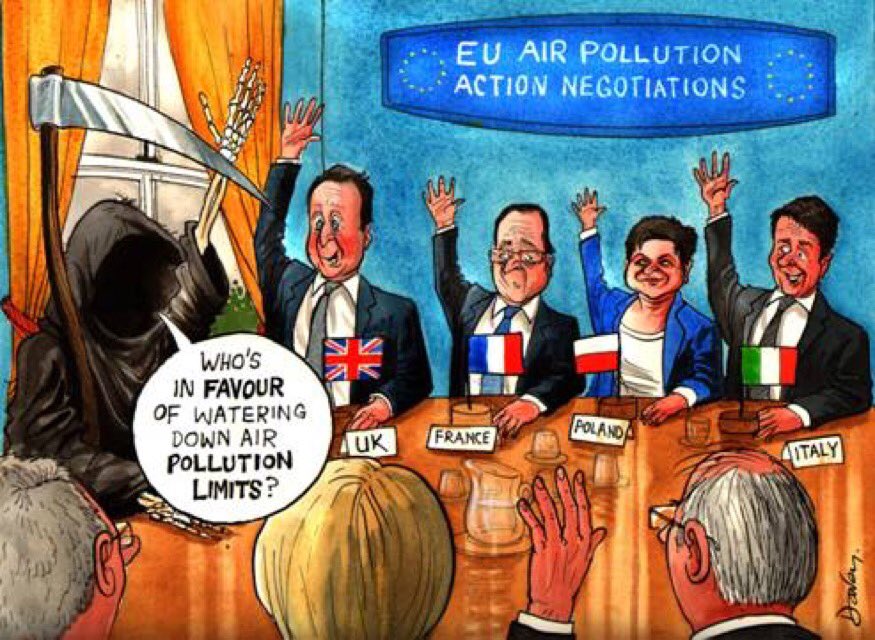 After 2 years of negotiations, the EU Directive regulating air pollution targets at the national level (National Ceiling Emission Directive)1 have concluded with strong disagreement and no apparent result.

A proposal put forward by the European Commission and the European Parliament with strong commitments in tackling air pollution was watered down by several Member States, and then rejected by the Parliament. Following that rejection, the Environmental Council (gathering the Environment Ministers from Members States) met in a final attempt to unblock the negotiations, but no result was achieved so far. Next steps are yet to be announced.

One of the most positive aspects of the proposal put forward by the European Commission was the inclusion of targets for Particulate Matter (PM 2.5), which are often the result of unsustainable waste disposal practices, particularly waste incineration or so-called waste-to-energy incineration.

Zero Waste Europe called on policymakers to maintain high ambition on the following letter, reminding them that a recent study that looked into a medium sized city in southwestern Sweden, clearly identified their new modern incinerator as the single most significant source of PM2.5’s.2

Moreover, the letter pointed out that further critical pollution is caused by ultra fine particles, calling for air pollution reduction at the source, strict monitoring and transparency mechanisms.

Evidence from the waste incineration industry shows that filter bag systems used to collect the PM and other toxic emissions have a much lower efficiency rate with fine PM<2.5: “…baghouse filter collection efficiency was 95-99% for PM10s, 65-70% for PM2.5s, and only 5-30% for particles smaller than 2.5 microns, even before the filters become coated with lime and activated carbon”.3

As shown by the report Air Polution from Waste Disposal: Not for Public Breath, waste incineration activities have had serious breaches of emission limits and have experienced other significant technical and legal problems, both in incineration facilities and cement plants across Europe. Case studies in the UK, France, Slovenia, Spain and Germany exposed a number of environmental, procedural and technical issues faced by waste incinerators, producing an excessive and unsustainable amount of air pollution, particularly PM.4

Main countries that opposed the proposal by the EC were the UK, France, Poland and Italy. In the light of the Brexit results, the proposal may need to be reconsidered in any case. Hopefully it will be an opportunity to increase ambition and protect the air we all breath.

1 The NEC Directive sets caps on the amount of air pollution that EU countries can emit. It currently looks at caps for fine particulate matter (PM2.5), nitrogen oxide (NOx), sulphur dioxide (SO2), volatile organic compounds (NMVOCs), ammonia (NH3), and methane (CH4), to be met by Member States by 2020, 2025 and 2030.

3 Howard C.V., The health impacts of incineration, with particular reference to the toxicological effects of ultrafine particulate aerosols, organo-chlorines and other emissions. Proof of Evidence submitted to East Sussex and Brighton and Hove Local Plan Public Inquiry, 2003.