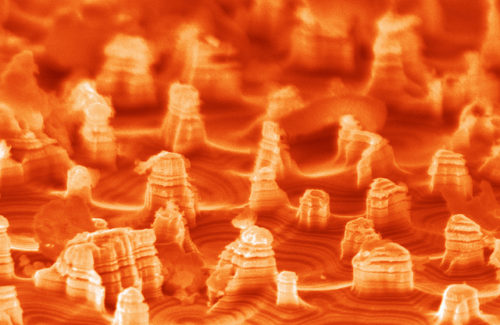 Zero Waste Europe have joined over 80 international signatories in calling for waste containing nanomaterials to be classified as ‘hazardous waste’. Read the press release and full declaration here.

(Geneva) – In today’s Declaration on Waste Containing Nanomaterials, the Center for International Environmental Law (CIEL), ECOS, and the Oeko-Institut emphasize the importance of adopting and implementing preventive measures to protect people and the environment from possible hazards of manufactured nanomaterials (MNMs) in waste streams. With the toxicity of nanomaterials still largely unknown, a tight control of waste containing MNMs is crucial.

Over 80 signatories worldwide from civil society groups and research organizations have endorsed the Declaration, demonstrating overwhelming support for the demand to categorize waste containing manufactured nanomaterials as hazardous waste. This is necessary to better control disposal routes of such waste in order to limit human and environmental exposure to MNM. In addition, the Declaration calls for waste reduction at the source, full producer responsibility, and the creation of a public EU nano-product register.

“From creation to use to disposal, there are far too many unknowns to flood the market with unregulated nanomaterials. The precautionary principle must be applied immediately to avoid toxic exposure from nanomaterials, including in waste streams,” says David Azoulay, Director of the Environmental Health Program at CIEL. “The risks are just too great to ignore.”

“A nano-product register at the EU level is necessary for both industry and authorities to identify the origins and destinations of waste flows of products containing MNM,” stresses Andreas Hermann, Senior Scientist at Oeko-Institut.

A report published by the OECD in February 2016, Nanomaterials in Waste Streams: Current Knowledge on Risks and Impacts, underpins the Declaration’s call to limit the potential presence of nanotechnology in waste streams.

The Declaration coincides with the standardization activities on lifecycle and waste aspects of nanomaterials underway within the European Committee for Standardization (CEN). It is also particularly relevant in the context of the Circular Economy discussions within the European Union, as well as other equivalent processes worldwide, such as 3Rs in China and the Sound Material Society in Japan.

The Declaration on Waste Concerning Nanomaterials addresses all relevant actors throughout the value chain of nanomaterials: governments, research institutions, funding agencies, and companies.

ECOS Senior Policy Officer Doreen Fedrigo-Fazio highlights: “Nano content in waste must be taken into account by waste generators. The long delays in revising the REACH Annexes are exacerbated by the absence of waste policy addressing nanomaterials, thus multiplying the challenges.”

The Declaration is one of the outcomes of a three-year collaboration between ECOS, CIEL, and Oeko-Institut working towards expanding the understanding of nanomaterials and bridging the gap between policy and science. It was reinforced by a workshop in Brussels in December 2015 that looked into the lifecycle aspects of nanomaterials.

The Declaration is now open to the public for additional organization sign-ons. As this occurs, an updated list of support for the Declaration will be published in the coming months.