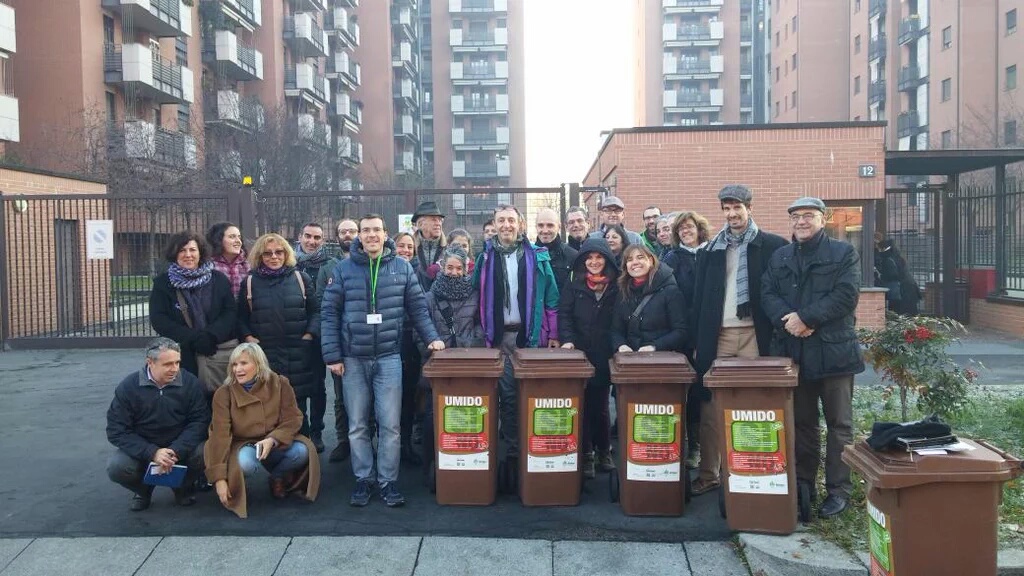 Representatives from 16 municipalities, among which are large cities like Barcelona, ​​Madrid, Zaragoza, Valencia, Coruña and Palma de Mallorca, visited the Treviso region which has the highest recycling rates in Europe, and Milan, the largest city in the world where kerbside source separation of organic waste has been implemented.

The purpose of this visit, organised by Zero Waste Europe, Zero Waste Madrid, Friends of the Earth and the Catalan Foundation for Waste Reduction was to learn about the best performing waste management models. Currently Spain sends more than 60% of waste to landfills and incinerators, including 90% of biowaste generated, a clear sign of the need for a paradigm shift in waste management.

The participation of these municipalities in this study tour demonstrates the interest of local government to improve waste management.

In addition to the 6 large cities involved in this experience there was also a large representation of municipalities in the east of Madrid, an area severely affected by waste disposal infrastructure, such as landfills and incinerators as well as the heavily polluting cement kiln of Valdemingómez Morata de Tajuña, which is currently permitted to burn mixed waste. 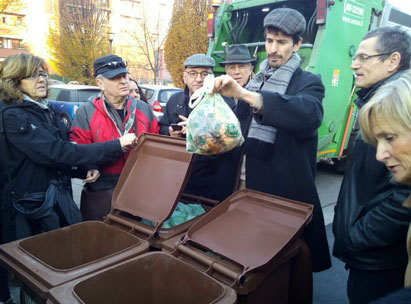 Zero Waste Europe gratefully acknowledges financial assistance from the European Union LIFE program of DG Environment which co-financed this tour.The participation of these municipalities in this study tour demonstrates the interest of local government to improve waste management.