Why climate advocacy should talk about waste 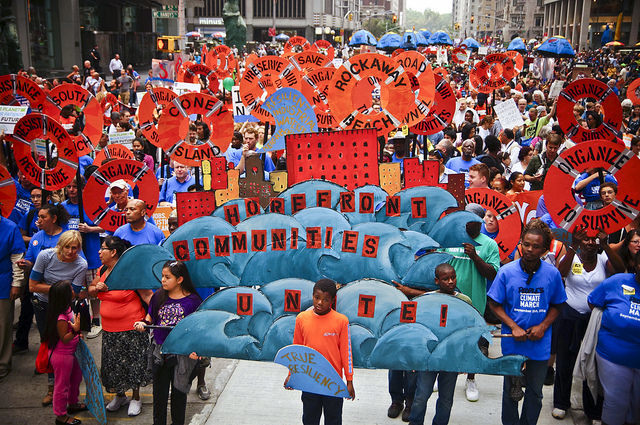 The 21st Conference of Parties (COP21) on climate change will take place in Paris later this year. It is one of the most closely watched events as it is expected to chalk the response of human civilization in the face of rapidly changing climate. Emerging economies like India and China are expected to play a crucial role in determining the outcome of the talks.

One of the key goals of the COP 21 is to break the prevailing deadlock in international climate politics and hopefully achieve a consensus on the way forward. Two new mechanisms – the Intended Nationally Determined Contributions (INDC) and the Nationally Appropriate Mitigation and Action (NAMA) (among others) have been proposed with the aim to collate and streamline the collective efforts of nations. While the scope of such mechanisms is still evolving, a lot rides on the outcome of these strategies. In simple terms, the INDCs are a vehicle for countries to define their economy-wide goals for emission reduction in the post-2020 period while the NAMA is a sector specific implementation tool to help achieve the national targets outlined under the INDC. The vision of the INDC and the actions proposed under the NAMAs has to be complementary and not implemented in isolation.

For instance India recently released its Intended Nationally Determined Contributions (INDC) proposal whereby it pledged to reduce its emissions intensity by 33-35% by 2030. One of the key areas of intervention is the renewable energy sector where it proposed a several fold increase in its renewable energy portfolio from 36GW to 175GW. This means that energy from non-fossil sources will account for 28-31% of grid capacity, and at least 13-14% of electricity generation1. Earlier this year India also released draft NAMA on the waste sector under which it announced technological interventions to mitigate the emissions from the sector. In fact, waste management sector appears prominently in several national mitigation strategies. It is the third largest sector, comprising 11% of the total NAMA projects in the pipeline. Among these, the NAMA database2 lists Peru, Dominican Republic, Kenya, Pakistan, and The Philippines with waste-to-energy incineration, landfill gas and cement co-incineration.

It is interesting to see the prominence given to the waste sector, which also points to the increasing relevance of waste management as an issue in the climate discourse. At a global scale, the GHG emissions from the waste sector are approximately 3-5%3 of total anthropogenic emissions. Despite being a relatively minor emitter, the waste sector is uniquely positioned to help achieve mitigation targets across sectors. In other words, a holistic and strategic approach to waste management will positively impact emissions from the energy, forestry, agriculture, mining, transport, and manufacturing sectors.

In this framework, the prevalent linear approach to waste management that merely displaces discards from a source to a destination needs to be challenged. Waste must be seen as a symptom of larger systemic inefficiencies or leakages than a problem in isolation. Each item discarded in our bin has consumed fossil energy throughout its lifecycle. For instance, plastics account for approximately 5% of worldwide oil consumption4. The consumption of plastics in India is expected to increase from 11 million tons in 2013 to 16.5 million tons by 20165. India is also expected to be among top 10 global generators of packaging waste by 20166. In other words plastics equals oil. A major share of precious crude is being diverted to make single use forks, spoons and bags that end up in our landfills, incinerators and water bodies.

Hence, the debate on reducing our dependence on coal and oil should be intrinsically linked to our waste management efforts. In other words, how discards are treated at the end of their life will determine the success or failure of our sustainability efforts along the system.

Unfortunately, this is where most national and international waste policies contradict sustainability goals. That is because incinerators and landfills are central to these policies. While India has chosen waste as a sector for intervention in its INDC and NAMA, it has regrettably adopted “waste to energy” (WTE) incineration as central element in these proposals. WTE as a climate solution is also gaining momentum in several South Asian countries.

In reality, WTE incineration should have no place in the renewable energy portfolio for several reasons. First, it is known to emit more CO2 than coal power plants. The United States Environmental Protection Agency (USEPA), the foremost environmental agency in the U.S., recognizes that incinerators emit 2.5 times more carbon dioxide per MW than coal fired power plants. Secondly, it is the most expensive method to generate power. According to the U.S. Energy Information Administration’s Annual Energy Outlook 2010, incinerators are twice as costly as coal-fired power and 60 per cent more than advanced nuclear energy. Finally, it is the most inefficient use of resources (read waste) that could otherwise be looped back into industrial or natural cycles.

Despite such evidence, incinerators have been widely historically financed under the United Nations Framework Convention on Climate Change (UNFCCC) as emission mitigation methodologies. As a result, sustainable practices of waste diversion employed for decades by the informal sector in the global south have suffered major setbacks. Soon after it was announced as an acceptable climate mitigation strategy, the waste workers (who eked a living through recycling) had to compete with the world largest waste management corporations like Suez Vivendi and Covanta whose incinerator proposals coupled with the lure of carbon finance caught the fancy of policy makers in the developing countries like China and India.

FOOD WASTE AS A RESOURCE

Another challenge in the developing nations is that of food waste management. Food waste is an important component of the municipal waste stream in Asia and comprises over 50% of the municipal waste in India alone. According to the United Nations Development Program, up to 40% of the food produced in India is wasted. Most of this food ends up in open dumps where it decomposes in the absence of oxygen and generates huge quantities of methane. Methane is a green house gas 25 times more potent than CO2. Under the mitigation plan India now proposes to incinerate a major portion of the food waste.

The embedded energy potential of food is immense. Methane can be harnessed more efficiently through technologies like Anaerobic Digestion generate clean energy. Many cities across India have successfully implemented pilot projects and are even linked them to the grid. Similarly, compost derived from food discards can be used to nourish lands made fallow by industrial farming. Over 10.5 millions hectares of land is fallow in India.

From this perspective, India’s INDC and the NAMA on waste fall short of its mitigation commitments. The over emphasis on destroying resource rich waste streams seems to be distractive and short-sighted to say the least. From the policy perspective, the waste sector is a low hanging fruit. A few systemic changes can compound into transformations along the materials economy. However, locking into inefficient waste management systems can hamper India’s mitigation goals.

Two decades have been lost in the pursuit of false solutions. It is high time the UNFCCC builds the courage to discard false solutions for the real ones.

“Addiction is finding a quick and dirty solution to the symptom of the problem, which prevents or distracts one from the harder and longer-term task of solving the real problem.”