Who Will Benefit from Colombia’s NAMA? 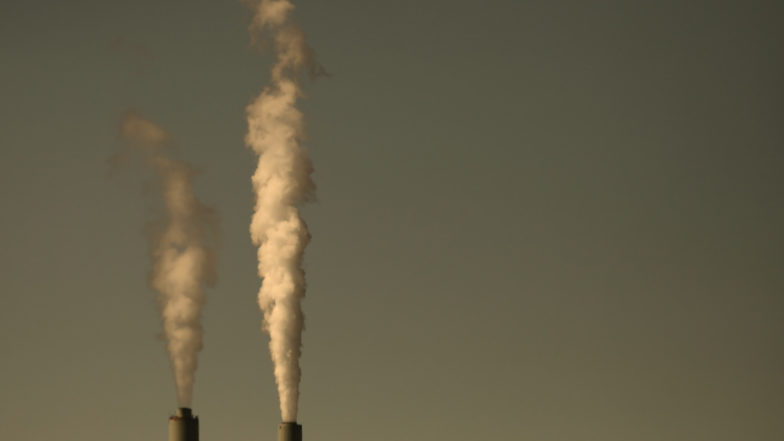 The climate finance proposal for solid waste management in Colombia has been designed without citizen participation and is based on questionable environmental criteria. 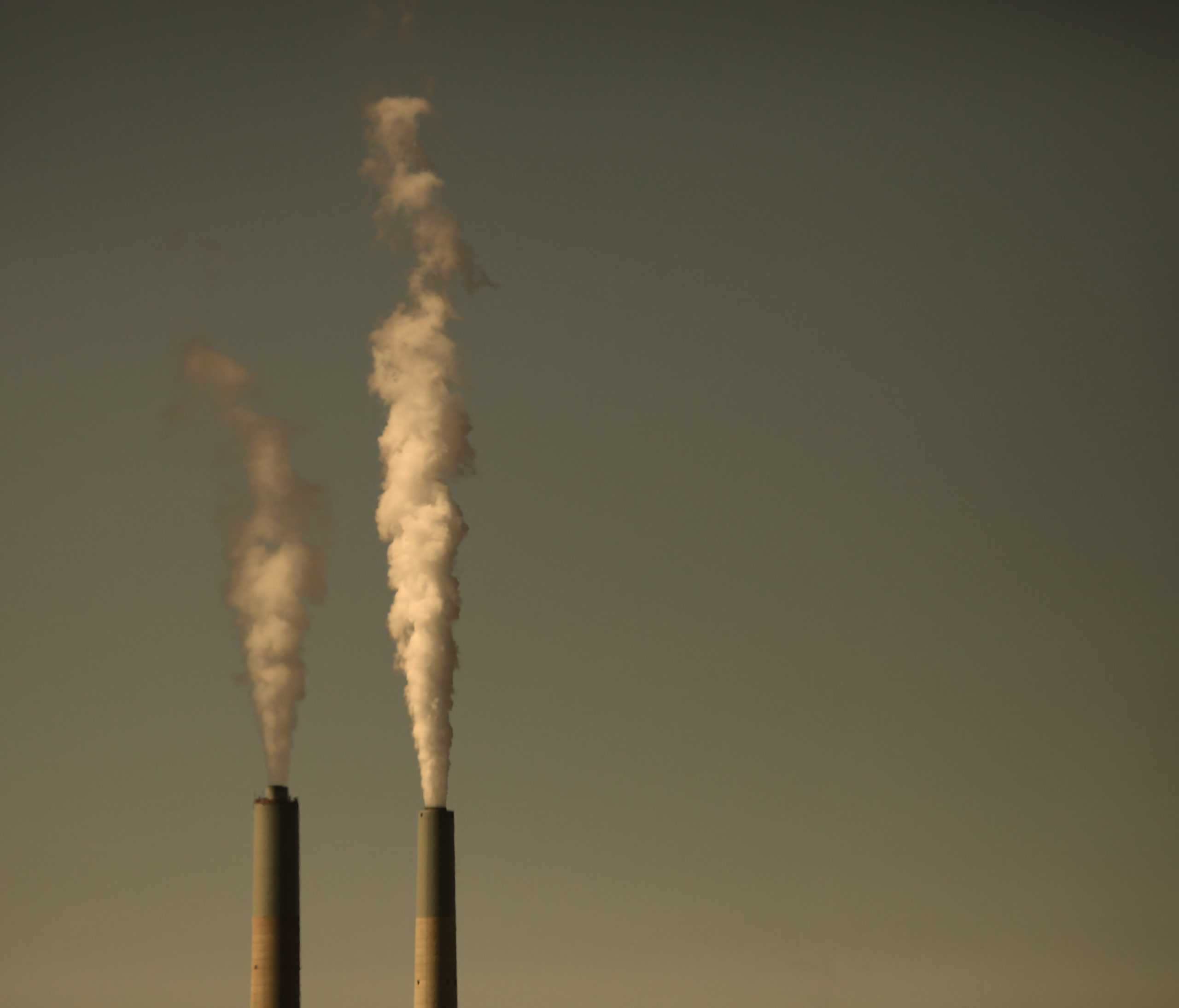 Waste management produces 5% of the total Colombian greenhouse gases emissions, which under the “business-as-usual” scenario is expected to grow rapidly. The bulk of these emissions is methane from the landfills in which the country disposes of most of its solid waste. The consultancy firm CCAP (Centre for Clean Air Policy), together with the national authorities, has developed studies to determine possible solid waste management strategies that could be added to the NAMAs (Nationally Appropriate Mitigation Actions). The NAMAs have been promoted since COP 13 (2007) as the tool and mechanism to access climate finance for actions that would reduce carbon emissionsi.

The programme presented for Colombia wants, in a nutshell, to maximize the economic value generated by waste management, and to reduce emissions from landfills by redirecting some of the waste to resource recovery systems.

A CCAP reportii claims that this NAMA “would transform the waste sector resulting in carbon neutrality shortly after implementation”.

They propose three lines of action; using waste to produce fuel; methane capture in landfills; and separating organic waste and recyclables. When we look at where the emphasis is, however, we can see that the stress is mostly on using co-financing from the public sector and climate finance to promote the building of MBT plants (Mechanical biological treatment plants, which are designed to stabilise and reduce the volume of waste that goes to disposal) in several cities. In contrast, for separation of organic waste or recyclables, there is no mention of how such a program would be implemented, neither for organic waste nor for recyclables.

Furthermore, in the executive summary of their “Evaluation of NAMA Opportunities in Colombia’s Solid Waste Sector, the CCAP only mentions the MBT plants and how they “could generate refuse derived fuel, recyclables, and/or compost depending on the local market conditions for the recoverable elements”.

This is a problematic recommendation mainly for two reasons; firstly because using waste to generate refuse-derived fuel and burn it in cement kilns is actually incineration, an option with known adverse social and environmental effects. Incineration burns resources that could be recovered, contributes to climate change, is expensive, doesn’t create jobs and poses serious environmental and health concerns, and secondly, because this NAMA doesn’t create incentives for the source separation of organic waste and recyclables, as corroborated by the CCAP´s recommendations, where they foresee how those “can be an effective part of an integrated solid waste management program in the longer term” but don’t propose any immediate measures towards that end. Investing in an MBT plant could actually become an obstacle to develop source separation and selective collection routes schemes, which are more effective.

The CCAP’s analysis doesn’t take into consideration that source separation is a needed to obtain a quality final product, which is what a MBT plant is supposed to make. Once organic waste is mixed with other residues, no matter how advanced the technology for mechanical separation, the final product is going to be lacking in quality and contain polluting elements. Beside , if there is no source separation, the recuperation of recyclables in this type of facilities is very low (see box 1).

Furthermore, the promotion of source separation systems is intimately linked to the livelihood and jobs of waste pickers (see box 2), but they were not consulted by those elaborating the reports and documents linked to this waste management NAMA. They are only seen as future labour in a privatised waste management system.

Who will benefit from this NAMA?

According to the official documentation available, municipalities will be encouraged to set up MBT plants and finance them through private public partnerships in order to increase returns and diminish investment risks. In this type of partnerships, under Colombian law, an investor can receive a government subsidy of up to 20% of the total building and operational costs.

The documents state that “another crucial aspect of the solid waste NAMA is that policies and business models are being designed in order to include informal workers in the modernization of the sector, allowing them opportunities to work in the formal economy and increase the standard of their working and living conditions”

The problem is that the proposal doesn’t say that the waste pickers will get to keep doing their jobs, which is what their organisations and national coordinators have been fighting for these last 20 years (link in spanish). It just says that there will be “integrated solid waste management processes” – assuming what they are proposing is all that – create 6 to 10 times the number of jobs than those focused on disposal.

Regarding the waste pickers‘ work, the available documents fail to go beyond a few polite words on how “additional analysis should be conducted on the market for compost and recyclables, and should specifically address the informal sector recycling process”. The proposal actually claims that “additional jobs created through the Solid Waste NAMA could be used to employ a large number of existing informal workers, including many indirect jobs that will be created through increased recycling”iii, although none of the documents detail strategies to achieve that increase, beyond supporting the long term growth of the sector in general and the production and sale of compost and RDF (Refuse Derived Fuel).

Finally, the plans outlined in the NAMA proposal have never been consulted with their intended beneficiaries. It would appear those conducting the studies assumed that this was the best alternative for them, and ignore everything about their organisational context, and Zero Waste initiatives that are already underway in some major cities like Bogotá.

The waste pickers association of Bogotá – (ARB; Asociación de Recicladores de Bogotá) has been working systematically for sustainable and inclusive public waste management policies, and intends to include all the waste pickers of the city and provide an integral service.

The municipality of Bogotá created new regulations and established a direct payment to waste pickers, financed via end-user fees for waste collection. This was coupled with a reform of the whole waste management system and a process of nationalisation so that in the end the public company Aguas Bogotá would deal with waste collection. This process is the complete opposite of a private operation supported by public subsidies – which is what the CCAP waste management NAMA proposes.

ARB has also understood that a waste management model that prioritises collection and transport not only threatens the waste pickers’ livelihoods, but also the creation of value along the whole recycling chain. That is why, in 2010 ARB joined the Pacto Gremial de Recicladores (Recyclers Guild Pact), a national level strategic alliance of waste pickers, their organisations and organised intermediaries that work with recyclable residues who believe that the whole chain has to be defended and respect the right of the waste pickers to prosper in that chain.

The waste management NAMA proposed for Colombia is full of imprecisions which would need to be clarified before the implementation phase. Under the section on social benefits the documents only say “no information available”, they should be precise in their affirmations, otherwise they are misleading: for example there is the claim that “recycling can create 6 to 8 times the jobs”, but if it is of MBT plants we are talking of, that is not true; MBT plants are highly mechanised and require little labour, besides the jobs in those plants have little to do with the waste pickers’ skills.

On environmental benefits, the proposal says it will reap “the environmental benefits of recycling (avoiding the production of virgin materials), composting (displacing chemical fertilizers) and use of RDF (displacing coal in cement kilns and other industrial boilers)” which is not the case; MBT plants typically can recuperate no more than 10% of the recyclables that they process, and since organic waste arrives mixed with all the other types of waste, the compost they can produce is not really compost (it cannot be used as an alternative to fertilizers or to improve soils). An MBT plant is a last stop before disposal, and in these proposals its main objective is to produce RDF (refuse derived fuel) for the highly polluting and contested cement sector.

How does an MBT plant work?

These technically sophisticated plants combine mechanical means to sort waste with biological treatments to process the wet part of the waste. Some part of those materials are recuperated to be recycled, and the organic waste is stabilized through processes of composting or anaerobic digestion, by which a big part of the organic waste evaporates.

This type of plant only recovers a small part of the recoverable resources (between 5 and 10%), and since the waste is not source separated the outputs are low quality ones, specially organic matter, which makes really difficult their subsequent recycling and means that most of the waste that enters an MBT ends up in disposal anywayiv.

Waste pickers have built a social movement of international scope, with an estimated 15 million people behind it. These men and women have made waste their business, their job and their livelihood. Their position at the base of the recycling industry is the link the system needs with citizens and communities.

However, they have been historically overlooked, and pushed into the informal sector and social exclusion.

Waste picking, besides being good for the environment, contributes to the local economy, creates jobs and makes sizeable saving possible in public budgets.

According to a report by the UN, recycling is one of the main strategies to fight unemployment and poverty.

Colombian waste pickers (p. 212) in particular, have attained a significant level of recognition of their work and contributions, although they still suffer pressures and threats from those who see them as a force that might jeopardize their waste-business-as-usual.

i At the time of writing this article, many NAMAs are being designed or implemented, and there needs to be a critical analysis of what is being proposed because they are nationally owned concrete actions to reduce emissions, and they could receive significant resources.