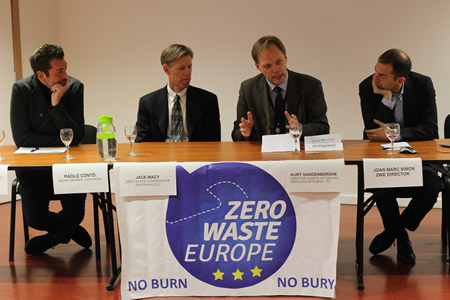 The front-runners in the US and the EU when it comes to waste management presented their experiences in Brussels in March 4. A selected audience composed of members of the European Parliament, European Commission officials and stakeholders learned about the good practices from San Francisco and the province of Treviso in northern Italy.

In the event Joan-Marc Simon, executive director of Zero Waste Europe presented the zero waste philosophy and how it is necessary to design products without toxics and keeping in mind how they will be reintroduced into the technical or natural cycle, the necessity to optimise separate collection and finally reduce resource use. It was also made clear the difference between Zero Waste to Landfill and real Zero Waste by comparing both approaches with concrete examples of performance. 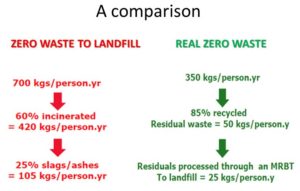 The event continued with the presentation of Kurt Vandenberghe, Director for Climate Action and Resource Efficiency in the European Commission. Mr Vandenberghe welcomed the initiative to organise a workshop about best practices and noted that ecoefficiency fixes are important but they will not be enough to reverse the current unsustainability trend and changes in the way we produce and consume will be needed. Moreover confirmed the commitment of the EC to present a more ambitious proposal for the Circular Economy which takes into account waste and products.

Jack Macy from the Zero Waste program in the city of San Francisco started his presentation building the link between waste and climate policy, with the experience of carbon capture by using compost on rangeland. He went on to present the exerience of San Francisco, based on the “fantastic three”; separate collection door-to-door in three waste streams, organic waste, recyclables and residuals. The system is optimised with pay-as-you-throw which makes waste generators pay according to how much waste they take out. Prevention measures such as banning single-use plastic carrier bags, single-use plastic water-bottles or extended polistyrene complete a model which represents the state of the art in the US.

Marco Mattiello presented the most succesful practice in Europe so far, in which the district of 550,000 people covered by Contarina has achieved recycling rates of 85% and residual waste rates -what is sent for disposal after recycling- of only 53kg. But faithful to the zero waste spirit Contarina wants to continue improving and has set itself recycling targets of 96,7% and prevention targets of reducing 80% which will mean producing only 10kg per person per year –average residual wste in EU is 250kg-. Mattiello showed how in Contarina this has helped reduce costs and create jobs. 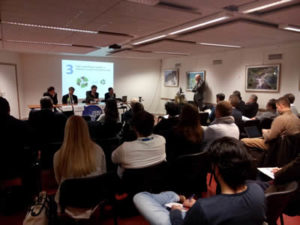 JM Simon concluded the event by highlighting the fact that these transitions have taken place in less than a decade and hence prove that it is possible to achieve high separate collections rates in less time than what is needed to build an incinerator plant. Simon noted that three factors have made possible these initiatives; political leadeship, source separation of organics and not having invested into incineration capacity, and warned that the European Commission has been stopping separate collection of organic waste since 15 years and has been facilitating growth of incineration since 10 years. These are two things that need to change in order to make possible a circular economy.