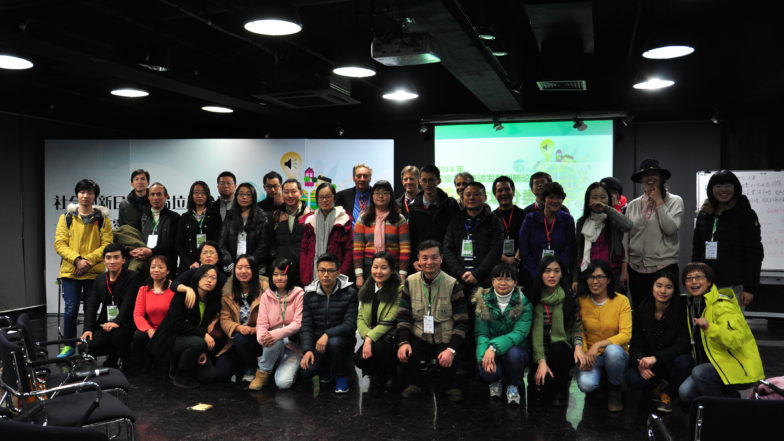 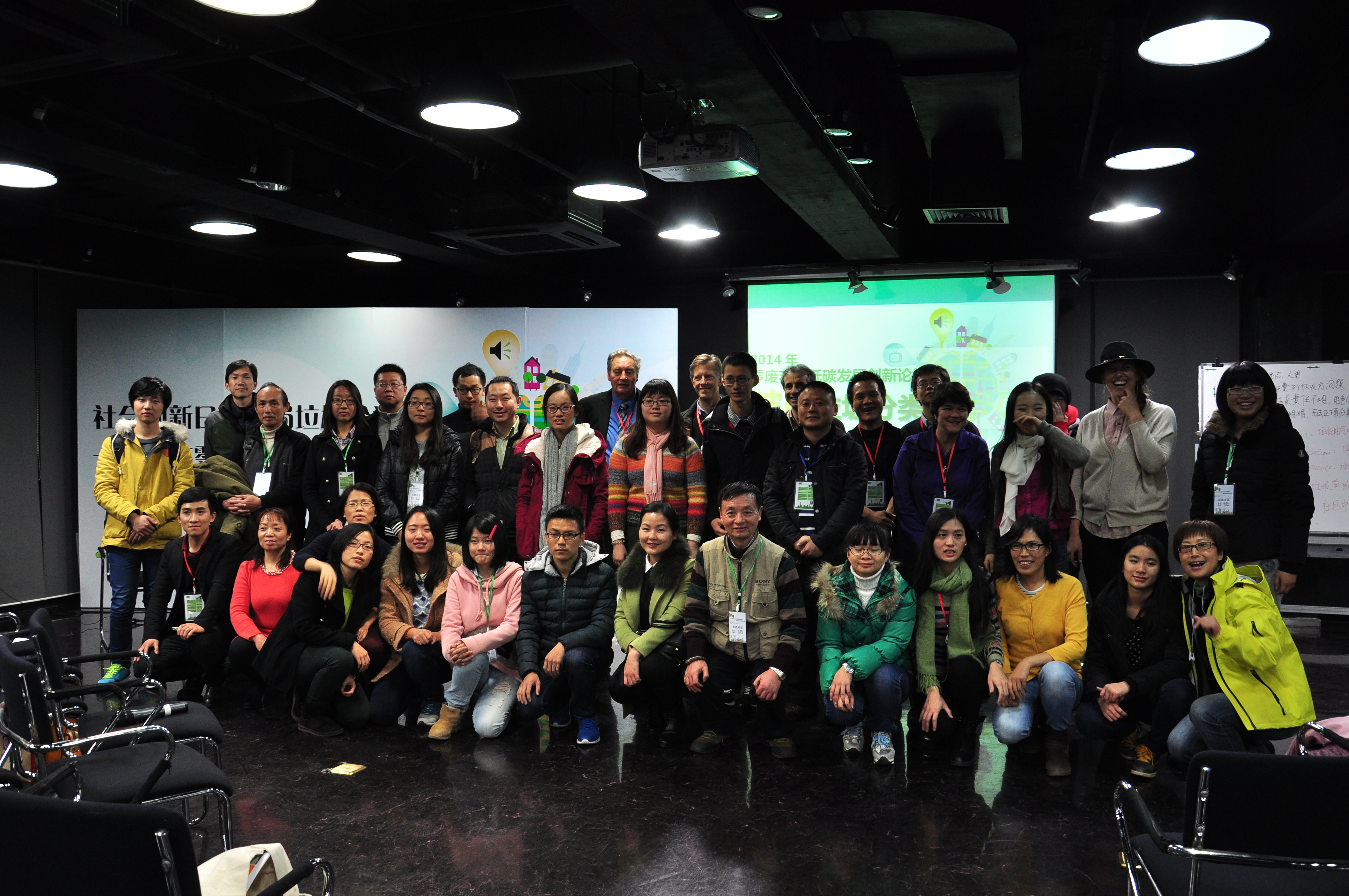 There is ample scientific evidence warning of the imminent dangers of climate change and inaction – not only the last 5th Assessment Report of the IPCC has been clear on these projections: while the UN Climate Change COP20 negotiations were taking place in Lima, another typhoon called Hagupit hit the Philippines.

In other words, there is no time to waste for climate action, and municipal solid waste sector can be not only a place to reduce GHG emissions, but also to provide clean air, clean water, clean energy, healthy food, healthy people, healthy wildlife, and the availability of resources for future generations.

Precisely, this was the spirit of the Zero Waste and Low Carbon Forum celebrated in Shanghai last 4-6 December 2014, which brought together Chinese policy-makers, city officials from Shanghai and San Francisco (US), university professors and the members of the China Zero Waste Alliance, amongst other allies, to discuss the specific ways in which Zero Waste Strategies can contribute to this low-carbon future. 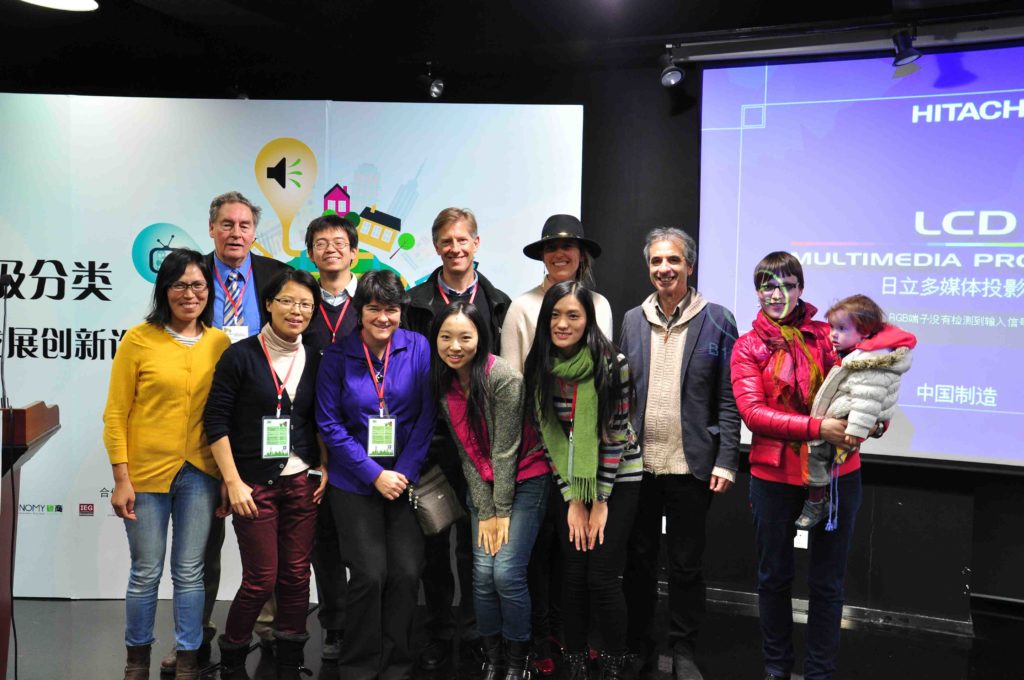 Moreover, some of the international speakers took the chance to visit some cities and learn further about the potential of the waste sector in China, which was reported in the media in several articles, such as this.

An International Panel to introduce the Zero Waste vision

The Forum counted with the celebrated interventions of Professor Paul Connett, professor emeritus at St. Lawrence University in New York, and Rossano Ercoloni, Zero Waste Europe President and Goldman Prize winner, both visionary leaders that have inspired the international zero waste movement with their energy and enthusiasm.

Prof. Connett explained how Zero Waste solutions can directly reduce GHG emissions and toxic pollutant releases from waste disposal facilities, which are a significant source of both. “Burning waste feeds a linear system that drives a climate changing cycle of new resources pulled out of the earth, processed in factories, shipped around the world, and then wasted in incinerators, landfills and combustion plants that use it as fuel, such as cement kilns”, said Prof. Connett. “With zero waste we turn into the circular system”, he added. 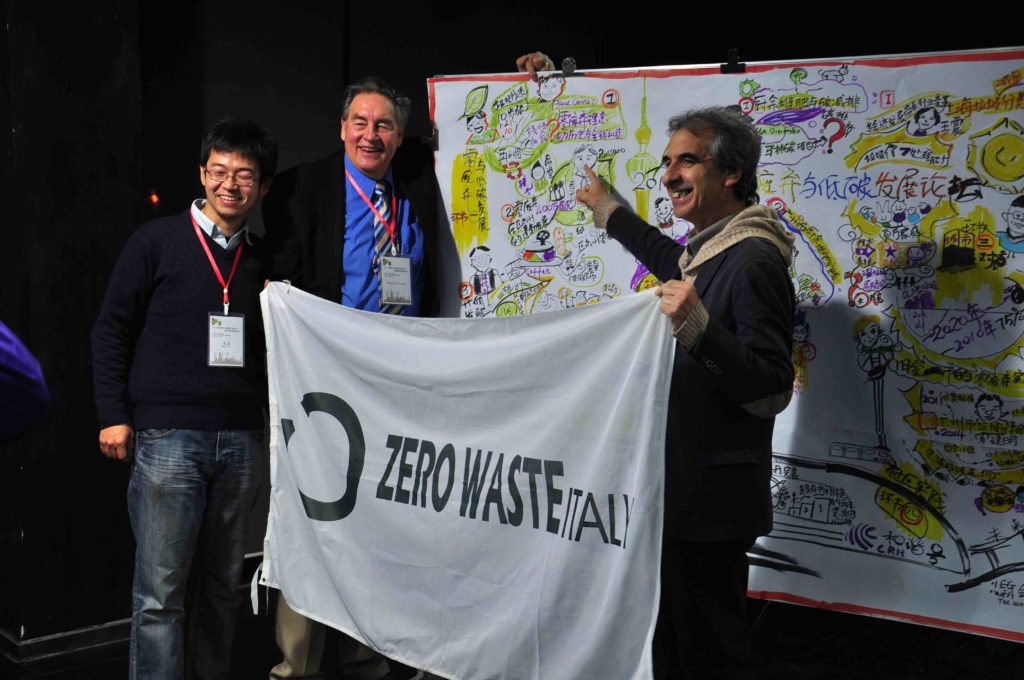 Ercolini presented the main zero waste experiences in Europe, with special emphasis on the organic waste separate collection system in Milan, which is an example of a very high-condensed city that has successfully diverted tones of organic waste from landfill and thus reduce large amounts of GHG gases.

Precisely, the Forum put especial emphasis on the climate benefits from treating organic waste. Calla Ostrander from the Marin Carbon Project, presented their research on the matter, showing that compost avoids methane emissions from waste disposal and most importantly, it contributes to soil restoration and helps increase its capacity to act as carbon sinks. Ostrander’s research showed that if compost was applied to just 5 percent of the California state’s grazing lands, the soil could capture a year’s worth of greenhouse gas emissions from California’s farm and forestry industries. The effect is cumulative, meaning the soil keeps absorbing carbon dioxide even after just one application of compost, as compost decomposition provides a slow release fertilizer to the soils leading to an increase in carbon sequestration and increased plant production.[1]

Jack Macy from the San Francisco Zero Waste Program presented the very successful progress made in the city in the last decades since they started with the zero waste strategy. According to Macy, the key elements of their strategy were to establish convenient source separation with processing, conduct extensive outreach and education, provide incentives, and implement producer and consumer responsibility policies.

Moreover, the City believed that its zero waste and climate action goals would not likely be achieved under voluntary participation programs alone, so it develop a city ordinance to make recycling and composting mandatory for everyone in San Francisco.

“Before the Mandatory Ordinance we were collecting about 400 tons of compostables a day, and thanks to the Ordinance since it passed in June 2009 we’ve seen almost an overnight a 25% increase of collecting about 500 tons of compostables a day!”, Macy explained.“Today San Francisco has the goal of achieving zero waste by 2020. We are getting close by being at a current diversion rate of 72%”, he concluded.

The Zero Waste Experience in China

One of the main highlights of the Forum was the opportunity to learn from the local experiences on the ground, places in China that are already making difference by changing the way they handle waste.

One of the most inspiring experiences has been developed in Xiao Er Township in Gong County, Yibing, Sichuan Province. Facing a waste generation peak without proper systems to sort it in 2006, the local government collaborated with the local NGO Partnerships for Community Development (PCD) and undertook a pioneer pilot project on waste separation was launched in 2007. After six years of trial, most people of Xiao Er Township now give greater importance to waste treatment and they are much more aware of the issue than before. Moreover, the volume of greenhouse gas emissions of Xiao Er has gone down which in turn contributes to improving the environment.

Even if these local experiences are illuminating the path towards a Low-Carbon, Toxic-Free development for China, the Forum devoted special attention to the policy obstacles that may be hindering further progress. Mao Da from RREI presented its research about the national renewable energy subsidies given to waste incinerators. The full report is available here, in Chinese.

“Waste incinerators receive benefits for every kilowatt of electricity put on the national grid. In this sense, there is a strong economical interest in burning waste and this is an uneven playing field for policies aiming at waste prevention, reuse and recycling which would offer higher climate benefits”, Mao Da said.

His research, which is planned to be published in early 2015, recommends the cancellation of the renewable energy subsidies for trash incineration, as well as its classification as a low-carbon technology. Moreover, it suggests implementing Pay-As-You-Throw system (see examples such system in Europe here) and shift subsidies towards waste management systems that can be truly low-carbon, such as recycling and composting.

Overall, the Zero Waste and Low Carbon Forum was an excellent opportunity to explore the potential of such development in China, opening up new exciting connections, conversations and projects for the future.

[1] See http://www.marincarbonproject.org/marin-carbon-project-science for the latest bibliography on this work.