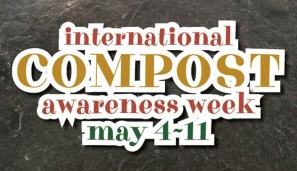 This week we celebrate the International Compost Awareness Week, an initiative of the US Compost Council that invites everyone to organize activities to promote compost around the world as the sustainable solution to soil and water.

Yes indeed, we love compost! Closing the loop through composting our organic waste and returning the nutrients to soil has extremely important benefits for the sustainability of our environment, our food supply, and our zero waste strategies. Interestingly, the latest report from the World Bank on waste issues at the global level, provides its own version of the Waste Hierarchy, with composting and anaerobic digestion being the only two organic treatment techniques included in the Recovery category. As shown in the figure below, incineration is then placed further down with the rest of waste disposal options.

Successful composting experiences are nowadays widespread be found at the domestic and community level like in Hernani, one the Best Practices in Zero Waste Europe. But it can also be organized at a large-scale like in San Francisco, an exemplary Zero Waste committed city that in March 2012 marked its millionth ton of organic waste turned into compost.

Indeed, composting is demonstrating to be a very popular initiative that is gaining more and more supporters everywhere. To name a couple of examples, we’ve recently learned that in the Basque Country, 700 more families will start a new scheme to do composting at home or collectively. At the national level, Spain counts with Composta en Red, a network of municipalities committed to promote and implement composting practices, exchange resources and provide training to those municipalities interested. Similar experiences can be found in the UK with the Community Composting Network.

There are so many reasons to do composting, but here’s a selection of some good ones:

1. Composting turns waste into a resource. It was organic waste in your kitchen but once in the compost bin, it turns into a treasure! This is not to say that wasting food is OK as long as we compost it. Absolutely not. Reducing food waste is still our very first priority in a Zero Waste strategy – check out these inspiring initiatives to reduce our food waste.

2.  Composting diverts waste from landfills and incinerators. Sadly, most of food waste in the EU still ends up in landfills or incinerators. Organic waste in landfills contaminates our soil, our groundwater water and creates methane, a greenhouse gas with 25 times more heat trapping potential than CO2, hence a major contributor to climate change. In its turn, incinerating food waste it’s just a waste of resources. The key to end these contradictions is as easy as doing source separation of organic waste and do not ever mix it with any other waste stream. Once you have clean food waste, composting can be just the right next step.

3. Composting saves GHG emissions. Composting does not only save GHG emissions by diverting waste from landfills and incinerators. Putting compost in arable soils acts as a temporary carbon sink in itself, as the soil sequestrates the carbon that if burned would otherwise be immediately emitted to the atmosphere. Members of the Zero Waste Europe Scientific Committee wrote this paper about the great potential role of compost in reducing green house gas emissions.

5. Composting reduces the use of pesticides. Compost makes plants healthier and stronger to face biodiversity imbalances and combat pests, hence reducing the need to apply chemical pesticides. Once again, this saves the GHG emissions associated to the production of pesticides and avoids their toxicity in our food supply. It’s important to note that pesticides have been linked to severe health problems in children, and may act as carcinogens or damage the endocrine system, according to the U.S. Environmental Protection Agency.

7.   Composting helps retaining water in the soil. Water is a precious resource and using compost helps soil keeping it underground. Healthy plants and their roots retain water close to them, preventing water from running off.

8.   Composting is cheap, easy and time-effective. Once the essential structure is in place, composting is inexpensive, only requiring your eyes and hands to separate waste at source and place it in the correct bin. Once the organic waste is in the compost bin, you can forget about it for a few weeks, so the process itself requires very low-maintenance dedication, and the returns are extremely valuable. In brief, little effort for a major gain.

See how the Zero Waste movement has been lobbying for take the carbon back to the soils as a strategy to fight climate change.