(The story of) Denmark’s transition from incineration to Zero Waste 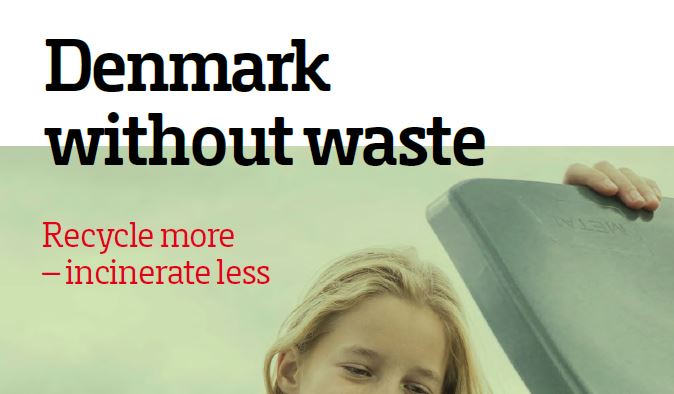 Denmark is perceived to be one of the world’s greenest countries. But is it really? Besides the Danish windmills and bike lanes there is a not-so-well-hidden secret of this otherwise rather environmentally friendly country; their passion for burning garbage! 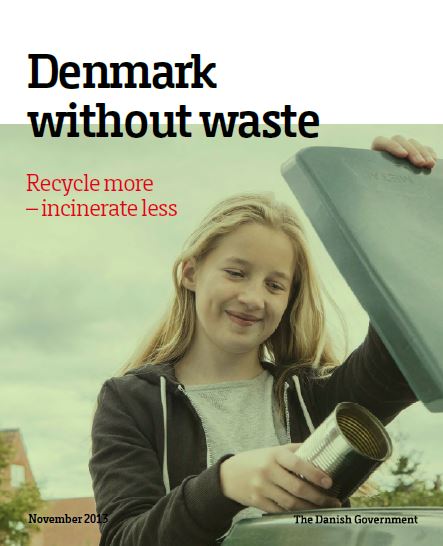 This burning passion has received widespread and often misleading coverage by international media such as the New York Times or the National Geographic who didn’t bother to dig too much into the details and instead succumbed to the charms of well-designed green washing.

Objective facts about Denmark are that is one of EU countries that generate more waste per capita, and is world leader in incineration of household waste, burning 80% of it. For comparison this means that after discounting recycling Denmark burns more waste than what is generated in countries such as Czech Republic, Estonia, Bulgaria or Poland. How green is that?

Contrary to best practices in the sector, in Denmark most household waste is not separately collected this means that recycling rates are as low as 22%. Most organic waste, which is 90% water, ends up in the oven.

It might look like a contradiction but in Denmark the system is set up in a way that the worst thing you can do is reduce the size of your waste bin. Why? Well, every city in Denmark has its own incinerator and they are mostly publicly owned. This means that the citizens are actually the owners of the burners and hence if less waste is sent for burning -because it is being avoided, reused or recycled- the incinerator will function under full capacity, lowering the efficiency to generate heat and power. Yet the incinerator has to meet the capital and operating costs with less income which will result in an increase in the waste management fees. I.e. the more waste you generate, the better for your pocket.

With the current system of incentives in Denmark getting to Zero Waste would be a financial catastrophe. It is therefore unsurprising that the country that burns the most also generates more waste than any other. Denmark is the perfect example of the linkage between waste burning and waste generation.

But burning waste is good to heat and power the Danish homes!

This has been the mantra in Denmark and in some other northern-European countries. Scandinavian long dark cold winters of course justify higher intake of heat and power and this has been the main reason why generation of energy from waste has been pioneered in these countries. However waste burning in Denmark is a 19th century practice which is clearly unfit for the 21st. Not only because burning waste is extremely inefficient way to generate energy but rather because there are already other carbon neutral technologies that are put on stand-by for as long as the incineration capacity is in place.

In other words, incineration is one of the main obstacles in the path of Denmark towards becoming a carbon neutral country. Indeed, 20% of heat production and 5% of electricity in Denmark are generated from waste incineration but this heat and power could be replaced with a combination of geothermal, wind and biogas from separately collected bio waste, all mature and available technologies. Moreover, EU law dictates that as from 2020 all new buildings will need to be carbon neutral radically reducing the need for energy input. Last but not least, there is a clear overcapacity of installed power between the waste incineration and large combustion plants which causes that in the coldest months of the year the windmills are stopped despite the strong winds, only to give priority to the thermal installations due to the need of heat.

The case of incinerator with the ski slope. Why not building a sauna instead?

Have you heard of the latest Danish contribution to waste management? It is about merging garbage and sports by skiing on piles of garbage burning under immaculate synthetic white… and in order to remind skiers of the real purpose of the plant, each time a metric tonne of CO2 is released the smokestack will puff out a 30m wide ring into the sky. This is the project of the Amager Bakke incinerator, the jewel of the crown of Danish incineration.

As usual the too-good-to-be-true things are actually not that good at all. This half a million tonnes burner is the latest attempt to sell this technology to the world. As long as you keep people entertained talking about the ski slope they will not think about avoiding or recycling this waste instead. Why is it that Danish composting plants don’t try to use the heat generated in the organic decomposition of food waste to sell fancy saunas? Well, firstly because they don’t need this kind of marketing to operate and lastly because there aren’t many composting plants in a country where most organic waste is not recycled but burned.

The truth is that the construction of the Amager Bakke incinerator has sparked lots of debate in the country. Danish citizens and politicians are more and more aware that they are recycling too little and burning too much, and that the incineration overcapacity of the country is not something to be proud of. For this reason, the ministry of environment led by Ms Ida Auken opposed the construction of this incinerator and in the end it was only because of the pressure from the finances minister, Mr Bjarne Corydon, that this project got the green light. If you wonder what does the minister of finance have to do with waste incineration it will help understand that he is elected in Esbjerg, the city where happens to be the headquarters of the company which will build the incinerator.

This conflict of interest that in southern Europe would be quickly associated with corruption did spark some public debate in Denmark but didn’t stop the process. Actually just after the decision to stop the incinerator was changed through secret negotiations the director of the supplier company wrote an article in the national business paper thanking the finance minister for good lobby work in the case of Amager incinerator. It has also been implied that the interest from Chinese companies to order a good number of burners from the Danish company has played a decisive role in rubberstamping this unnecessary and expensive infrastructure.

Two more interesting facts are the uneasiness of the neighbours who will have to pay for this piece of design and above all the fact that for the moment no company is interested to run the famous ski slope. As explained, household waste incinerators in Denmark are publicly owned but this doesn’t apply to ski resorts. In other words, for the moment the ski slope doesn’t have an operator and the neighbours have said that one thing is to have to pay for the incinerator and another thing is shouldering the costs of running the ski slope. Stay tuned because the saga of the Amager Bakke is far from over.

Denmark is leaving behind the incineration age

Leaving behind these isolated desperate attempts to make incineration fashionable in order to sell the technology to Asia, the truth is that Denmark is planning to embark in a very challenging journey. The country aims at becoming independent from fossil fuel by 2050 and this will mean having to close down all polluting power plants by then, including of course the waste-to-energy incinerators.

This will not be an easy task because as already explained the link between waste and energy in Denmark is very strong. This has an impact on waste management, creating perverse incentives which are contrary to waste reduction, reuse and recycling and it also has an impact on energy policy, effectively blocking cleaner technologies from taking over. Moving away from incineration allows hitting two targets with one shot and the Danish ministry of Environment knows it.

This is why the new waste management plan that minister Auken presented in November 2013 is called ”Denmark without waste – Recycle More, Incinerate less”. In her own words: ”in Denmark we have been incinerating almost 80 % of our household waste. Even though this has made an important contribution to green energy production, materials and resources have been lost which could otherwise have been recycled. Now, we are going to change this.”

Some measures envisaged by the plan consist in replacing incineration with separately collected garden and food waste to produce biogas and compost, with the recycling of plastic and paper that are now being burned or to landfill toxic materials such as PVC instead of releasing them into the air through combustion. It also implies the privatisation in the ownership of the incinerators so those that are not profitable will have to close. All in all it aims at reducing the waste sent for burning in 820,000 tons by 2022.

It looks like the showcase for incineration in the world will be changing business. This will be good for the Danish recycling industry which might see a rebirth after having turned to ashes by decades of burning fever. It will also be good for the Danes for the decrease in incineration will reduce the pollution and associated health impacts and the increase of recycling will generate jobs and a more self-sustainable economy. And finally it will be good for the rest of the world which finally will be able to import good waste practices from Denmark.

This change of paradigm will not happen overnight but considering the determination and efficiency of the Danes once they set their minds into something it is to be expected that they will be as good in moving towards zero waste as they have been in championing incineration.With the current system of incentives in Denmark getting to Zero Waste would be a financial catastrophe.