Zero Waste – one of the solutions to Ecocide 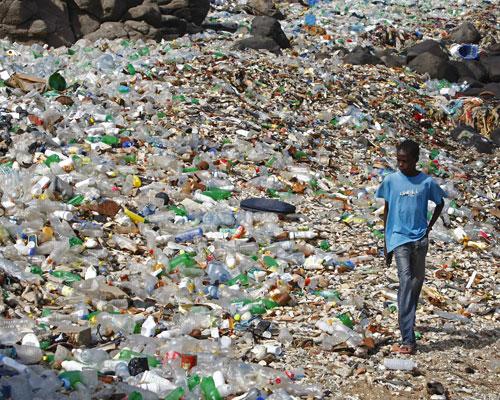 Waste is one of the main world ecociders. Indeed, waste fulfills all the criteria of an ecocide; it causes environmental destruction, it damages ecosystems, it threatens any sort of life and it ignores the rights of future generations. Waste is the living proof of the degree of selfishness and stupidity of the most intelligent generation of human beings this planet has seen.

Nature creates no waste; it is a genuine human invention. In nature nothing and nobody goes to waste because the definition of an ecosystem is a system of cooperative and symbiotic relationships; the discards of a process are the input for another one. Everything is upcycled into the system so that the system is sustainable and resilient. In an ecosystem all energy used is renewable and non-polluting and all resources are obtained in the vicinity using non-extractive, low-energy-intensive techniques. Processes take place at normal local temperatures and pressures and combustion is not an option. The current linear throwaway society is the opposite of sustainability; resources are extracted, transported, manufactured, sold, used and discarded, committing ecocide at almost each and every step of the process.

Following the example of nature, Zero Waste is a philosophy, a strategy and a goal aiming at emulating sustainable natural cycles, where all discarded materials are resources for others to use. Zero Waste means designing and managing products and processes to reduce the volume and toxicity of waste and materials, conserve and recover all resources, and not burn or bury them. Implementing Zero Waste will eliminate all discharges to land, water, or air that may be a threat to planetary, human, animal or plant health.

But beyond definitions, Zero Waste is a movement of people around the world, working every day not to better manage waste, but to rather phase it out of the system. Zero Waste people and communities work at different levels of the production and consumption chain in order to minimise environmental impact and close the cycles.

For instance the network of Zero Waste municipalities –more than 200 in Europe alone- commit to sending zero waste to landfills or incinerators as soon as possible. Many of these municipalities are already separately collecting more than 80% of their waste, which means that they provide good feedstock for composters and biogas plants, producing renewable energy and organic matter to improve soil and avoid desertification. They allow for high-quality recycling of paper, plastic, glass and metals, which saves cutting new forests or opening new mines to extract new resources. And they allow for the closing of incinerators and landfills which destroy the environment and cause the whole process of extraction to start again.

But Zero Waste is not only about recycling more and better; it is also about reducing waste generation in the first place. In Zero Waste communities plastic packaging generation has been radically decreased thanks to the opening of public fountains, bulk liquid dispensers for milk, honey or detergents, bans on bottled water or single-use plastic bags, the implementation of green procurement, policies to stop spillage of food waste and many others. For instance, whereas in Denmark, the top waste producer per capita in Europe, almost 400kg of waste per person and year were sent to polluting incinerators, in Zero Waste communities the annual waste sent for disposal per person is below 100kg and some of them are even close to 50kg. This means not only that the environmental impact of Zero Waste citizens is less than 4 times less than that of the average Dane it also means that the need to extract new resources is much lower.

Because Zero Waste is based on the proximity principle, most discards are treated as close as possible to where they are generated. This means that sustainable and good jobs are created to collect and recycle the waste, that innovation thrives in order to create products that are not toxic and easy to recycle and that the total costs for the community but also for the new generations are also reduced. Moreover, there are many other positive externalities associated with a Zero Waste strategy. For instance, Capannori, the first European town to declare itself Zero Waste, despite recycling almost 90% of waste and generating new jobs in waste collection, has also generated new jobs in associated sectors. Thanks to the zero waste policy new shops such as Effecorta have opened to sell local, packaging-free products, while a reuse centre was created for residents to donate used stuff. There, it is given a second life, reducing waste and benefitting the local economy. A company supplying reusable nappies –Ecobimbi- is also thriving thanks to the opportunity provided by the Zero Waste strategy. One of the consequences of such an array of virtuous initiatives is that nobody now remembers that one day a company wanted to build an incinerator in the town, which would have polluted the air and destroyed this source of a renewable and resilient economy, now a reality. As we can see, the more Zero Waste is implemented the less ecocide there will be.

But zero waste is also much more. It is about environmental justice, so that pollution and waste treatment facilities are not concentrated in poor and disenfranchised communities. It is about inclusion, so that the millions of people worldwide who make a living by collecting and selling discarded materials (aka waste pickers, catadores, grassroots recyclers) are able to live with dignity. It’s about putting money into real solutions, and combatting corruption. It’s about community organising, education, and democracy, so that all citizens can participate in local resource management plans, funding is fairly distributed, and all businesses and manufacturers understand and fulfill their roles in minimising waste and designing products for the future.

In places where incinerators or landfills are built there is a clear democratic problem, triggered by corruption or incompetency –or both. These are places in which the citizens suffer ecocide for the sake of economic profit or in order to allow some other richer communities elsewhere to continue to live in their illusion of a planet without limits. We can’t continue to run a throwaway economy in a finite planet; waste is today a global issue. There is no place called “away”. Millions and millions of tons of plastic waste now lie on the seabed or float in our oceans, breaking into small pieces that are entering the food chain, exterminating fauna and affecting us all –rich and poor. Throwaway society is consuming more energy than ever to extract resources that are becoming more difficult to reach – all of this, to produce a short-lived designed-for-the-dump product that we will use for a few minutes before we send it to the landfill, the incinerator or nature.

Waste has no future; waste is, in itself, ecocide. Zero Waste is a very simple way to fight ecocide starting from our everyday life; it allows us to build up actions with friends, neighbours and communities to change the world, one community at a time.

Clearly there are many existing ways for us to manage our society without committing ecocide. You can also do your bit by giving it legal power at www.endecocide.eu