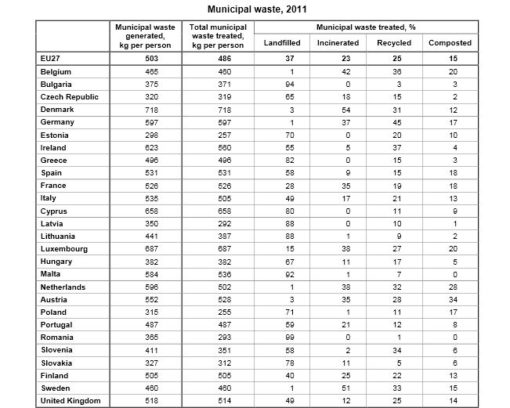 Sad news for the European Union; 2011 statistics show how despite the economic downturn and the decrease in consumption waste generation stays stable, recycling and composting stagnate and so does disposal – in 2011 the EU continued to burn and bury 60% of the waste and recycle and compost 40%.

This is especially sad when the European Commission warns of all the untapped economic and environmental benefits associated to proper implementation of EU waste legislation -it would save €72 billion a year, increase the annual turnover of the EU waste management and recycling sector by €42 billion and create over 400,000 jobs by 2020-.

It is a fact that since the approval of the new Waste Framework Directive in 2008 recycling has not gone up in the EU. One must take into account that transposition of EU law to national laws delayed the implementation but it is also true that in most countries not much has changed with the new law. Despite the binding waste hierarchy, the recycling targets, waste prevention plans, etc the market incentives don’t seem to work to steer waste to recycling plants. Incineration in Europe increased and so did export of valuable waste such as WEEE…

Recently the European Commission noted the importance of using economic and legal instruments to steer waste away from disposal however the waste-related economic instruments at EU level continue to reward disposal instead of recycling. If we look at the economic incentives in the EU we see how one should not be surprised when recycling stagnates and incineration goes up. 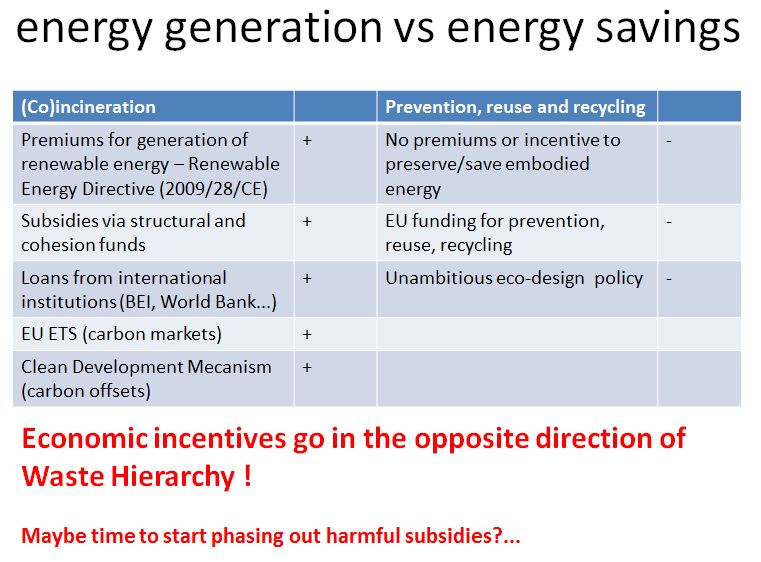 So, in order for the EU to increase recycling the first thing that should be done is phase-out harmful subsidies and at least create a level playing field between prevention + reuse + recycling and incineration + landfill. Regulating the incineration overcapacity in the EU would also help make recycling more atractive.

Finally, lay the necessary ground for innovation in the use of resources and materials so that toxics are minimised and the technical cycle (recycling) is separated from the biological cycle (composting).

In 2012 the European Commission and the European Parliament adopted the following text on the Resource Efficiency Roadmap:

By 2020, waste is managed as a resource. Waste generated per capita is in absolute decline. Recycling and re-use of waste are economically attractive options for public and private actors due to widespread separate collection and the development of functional markets for secondary raw materials. More materials, including materials having a significant impact on the environment and critical raw materials, are recycled. Waste legislation is fully implemented. Illegal shipments of waste have been eradicated. Energy recovery is limited to non recyclable materials, landfilling is virtually eliminated and high quality recycling is ensured.

The Resource Efficiency Roadmap is very much inline with our view of a Zero Waste Europe but we must remember that 2020 is in 7 years time and if the EU doesn’t radically change its waste & resource policy in 2014-2015 the resource efficiency objectives can not be met. And we Europeans cannot afford to send to waste all the potential job creation, economic activity and financial savings associated to a Zero Waste Europe. 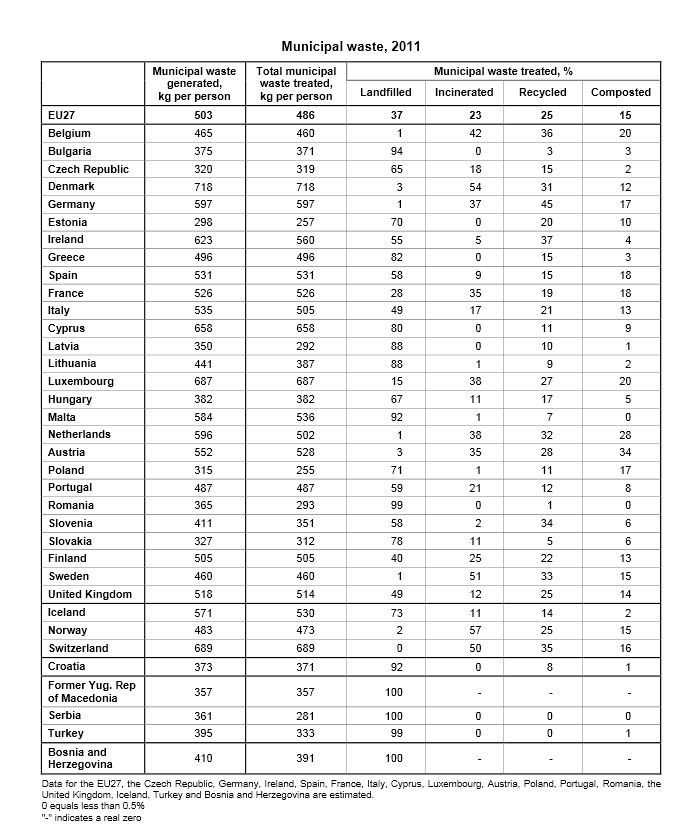