More incineration than trash to burn in the EU 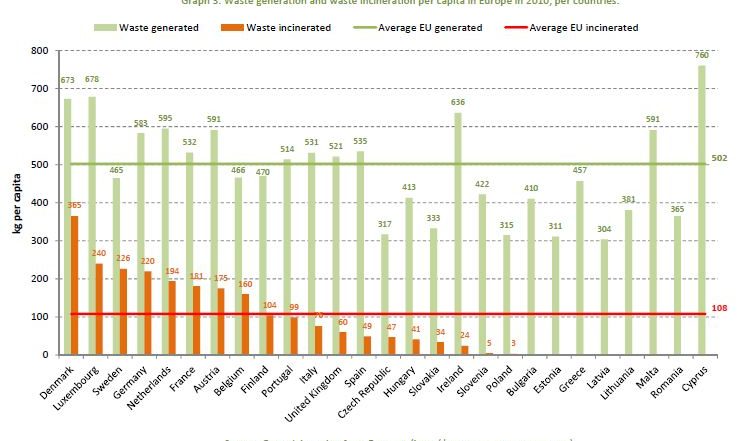 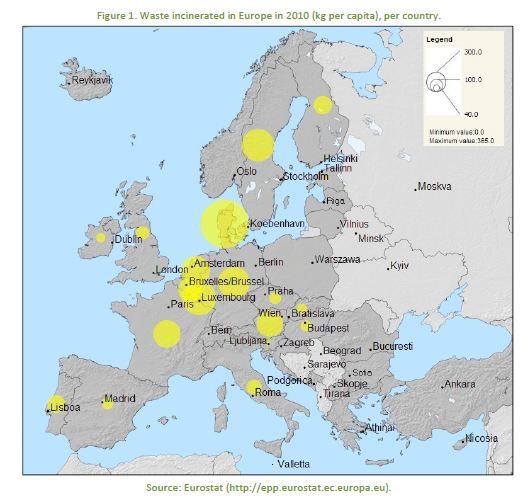 According to the study this incineration overcapacity is increasing waste shipments in the EU which undermines recycling “especially in those countries that are more far away from achieving them”.

This statement was backed by Hartmut Hoffmann from Friends of the Earth Germany who said “”In Germany the objectives of the Roadmap to a Resource Efficient Europe are nothing but empty words, because there are hardly any obstacles against building new incineration plants, and the recycling targets of packaging material are still too low.”

There is a clear lack of coordination between member states and the European Commission as to how many incinerators should the EU have, yet with the new Waste Framework Directive the market is European albeit unregulated. The study implies that the experience of leaving it to the market to shape the incineration supply is not working because the market is too much influenced by perverse incentives, mostly coming from the EU level.

On this point Shlomo Dowen from UKWiN said “The European Commission has warned the United Kingdom to pursue reuse and recycling rather than overcapacity of incineration, and has noted that: ‘Countries like Denmark and Switzerland are burning much more than they should and that’s not good’. However, the Government has not even been monitoring the situation in the UK, despite the fact that there is already more incineration capacity in the UK than genuinely residual waste,”

Indeed European legislation gives green subsidies and primes for part of the energy generated when burning waste -i.e. paper- or it has been also funding many incinerators in Europe when investment in recycling was lagging behind. Hence, the investors are building incineration capacity not based on how much waste will be generated in the region in the next years but rather how to get EU loans and primes for generation of “renewable energy”. The result is more waste travelling long distances, more taxpayers money to finance unsustainable machines and less recycling and jobs.

The study was translated to several languages such French, Hungarian or Romanian and the press statement was released by groups in Bulgaria, Denmark, Germany, France, Hungary, Italy, Romania, Spain and the UK.

For the future of Zero Waste in Europe and for the sake of coherence and credibility of the EU policy let’s hope the European Commission takes responsibility and tightens the incineration supply in Europe so that it stops undermining recycling.

To download the study: Incineration overcapacity and waste shipping in Europe: the end of the proximity principle?“If the European Commission is to maintain its commitment to limit incineration to non-recyclables by 2020, the strategy should be to close incinerators and not to build new ones.“