Recipes and results of Zero Waste strategies in cities

In 2007, Capannori, Italy, was the first municipality in Europe to declare it would pursue the goal of Zero Waste. Since then, nearly 400 European municipalities have decided to follow its example and join a movement initiated and supported by Zero Waste Europe member organisations across the continent. By implementing systems like PAYT (Pay As You Throw), decentralised composting or reuse strategies at a municipal level, they achieved great results. In Ljubljana for instance, there has been a 59% reduction in waste sent for disposal. Some of these municipalities, such as Treviso, Italy, even became “Best Practice Cities” by producing less than 75kg of residual waste per capita per year.

The Zero Waste Cities approach is the continuous effort to phase out waste – not by burning or landfilling it – but instead by creating and implementing systems that do not generate waste in the first place.

These outcomes are the testimony of the successful development and implementation of Zero Waste strategies that eventually turned into references in Europe. They show that by involving citizens, local authorities and local businesses, it is possible to go upstream in the Zero Waste hierarchy: giving priority to prevention and reuse before recycling, and moving away from incineration or landfill. In contrast with the outdated idea of burning or burying our waste, preventing, reusing and recycling it indeed create jobs and resilience, save money and protect both the environment and the public health.

The ”Kiel 2019: A milestone for Zero Waste cities in Germany” conference aims to provide an European overview of some exemplary initiatives across Europe and help regions and cities in their transition towards Zero Waste. 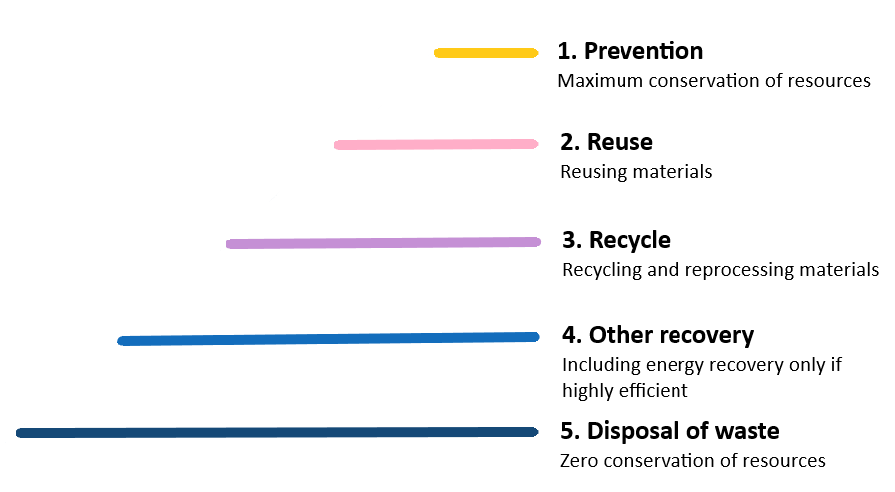 Kiel, climate protection city since 1995, committed to the “UN Agenda 2030 for sustainability” and pursues the goal of becoming carbon neutral by 2050. As seaside city, Kiel strongly engages in avoiding plastic waste. Waste management strategies have recently become a hot topic in the city, being the first German municipality committing to go Zero Waste.

Kiel was already considered a “clean city”, but under the influence and support of the local association Zero Waste Kiel e.V., it decided to go further up in the implementation of the waste hierarchy. After all, there is no better way to keep a city clean from waste than not producing waste in the first place.

That is why the association decided to gather the city’s administration and proposed to adopt a Zero Waste road map as San Francisco – their twin city – had done. On 22 November 2018, the city of Kiel officially engaged into the path of becoming Germany’s first Zero Waste municipality by joining the Zero Waste Cities program run by Zero Waste Europe and its members across the continent. The aim is now to develop the Zero Waste plan and goals in consultation not only with the city and waste management actors but also with the citizens.

It goes without saying that Zero Waste Europe encourages actions at the local level and congratulates the city of Kiel for its decisions. We are delighted to invite you to participate to the Conference “Kiel 2019: A milestone for Zero Waste Cities in Germany” and to learn about the very significant Zero Waste experiences being carried out at local and national level, together with institutional representatives, experts and organizations from all over Europe that are working for a more sustainable, toxic-free and Zero Waste world.

The conference “Kiel 2019: A milestone for Zero Waste Cities” presents the vision and the implementation of the Zero Waste strategies, through the most innovative and successful experiences at both the European and national level. It will cover overall Zero Waste strategies and waste prevention with families as well as decentralised composting, PAYT (Pay As You Throw) and reuse systems at the municipal level.

Zero Waste Europe
Zero Waste Europe was created to empower communities to rethink their relationship with resources. In a growing number of regions, local groups of individuals, businesses and city officials have taken significant steps towards eliminating waste in our society. Zero Waste Europe engages these groups at two levels: supporting local groups with independent knowledge and streamlined tools to drive change more efficiently, structuring the movement internationally to better represent the interests of our communities at the EU level and engage policymakers with a unified voice. We are both a knowledge network and an advocacy group, representing active communities in countries across the EU. We want to redesign our society so that all superfluous waste is eliminated and everything that is produced can be reused, repaired, composted or recycled back into the system. Anything that can’t be repaired, composted or recycled should be re-designed and replaced or banned from entering the market.

Zero Waste Kiel e.V.
Created in 2016, the association “Zero waste Kiel e.V.” is dedicated to reducing and avoiding unnecessary packaging and waste in the private (Zero Waste Lifestyle), commercial (Zero Waste in Business) and public (Zero Waste in Cities) areas. We collect technical, scientific and organizational solutions that serve this goal and report on it. Another focus of our work are public relations and events on waste prevention.
Zero Waste does not mean having to give up everything. It is rather a gain in knowledge about appreciation, recycling and circular economy of the resources of our earth. We believe that thoughtful consumption creates the basic prerequisite for a sustainable world and resource conservation.
With our 30 active members, we network with other associations, institutions or non-profit organisations in Schleswig-Holstein that are promoting projects on waste prevention or environmental issues.
We actively support and encourage our city on its way to Zero Waste!

Note: Since 2018, Zero Waste Kiel e.V. has been pushing for the creation of a national German movement called “Zero Waste Germany” composed by a network of NGOs dedicated to Zero Waste and itself member of Zero Waste Europe. 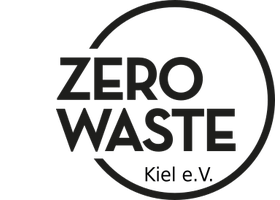