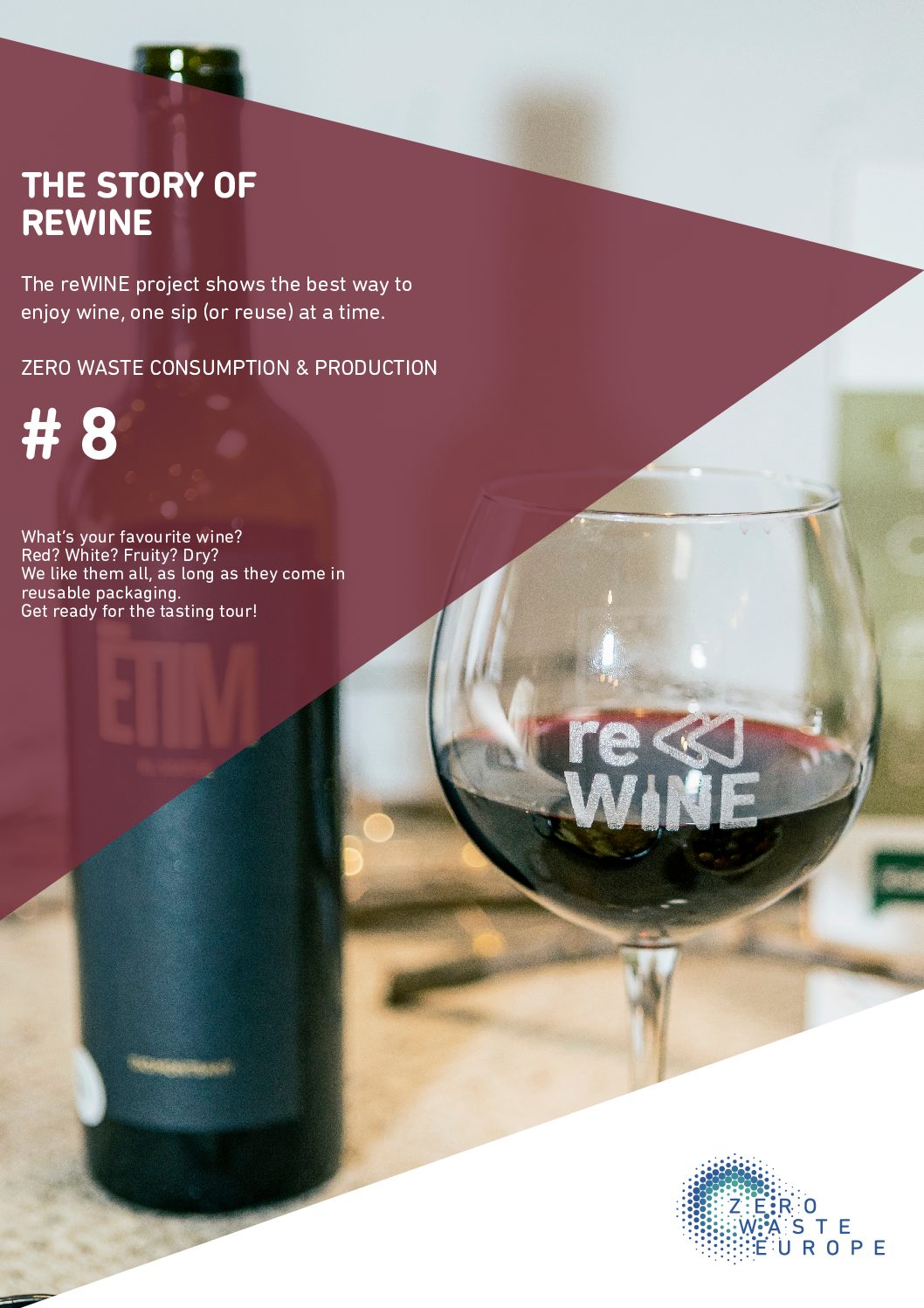 In the wine industry, single-use glass is heavily used for packaging. On the one hand, glass has the greatest environmental impacts compared to other packaging materials (i.e. PET, aluminium, and beverage carton). On the other hand, glass is 100% reusable and 100% recyclable at the end of its life cycle, and is an inert material, which makes it more suitable as a food contact material.

The reWINE project proves that a circular and more sustainable way of consuming wine is possible. 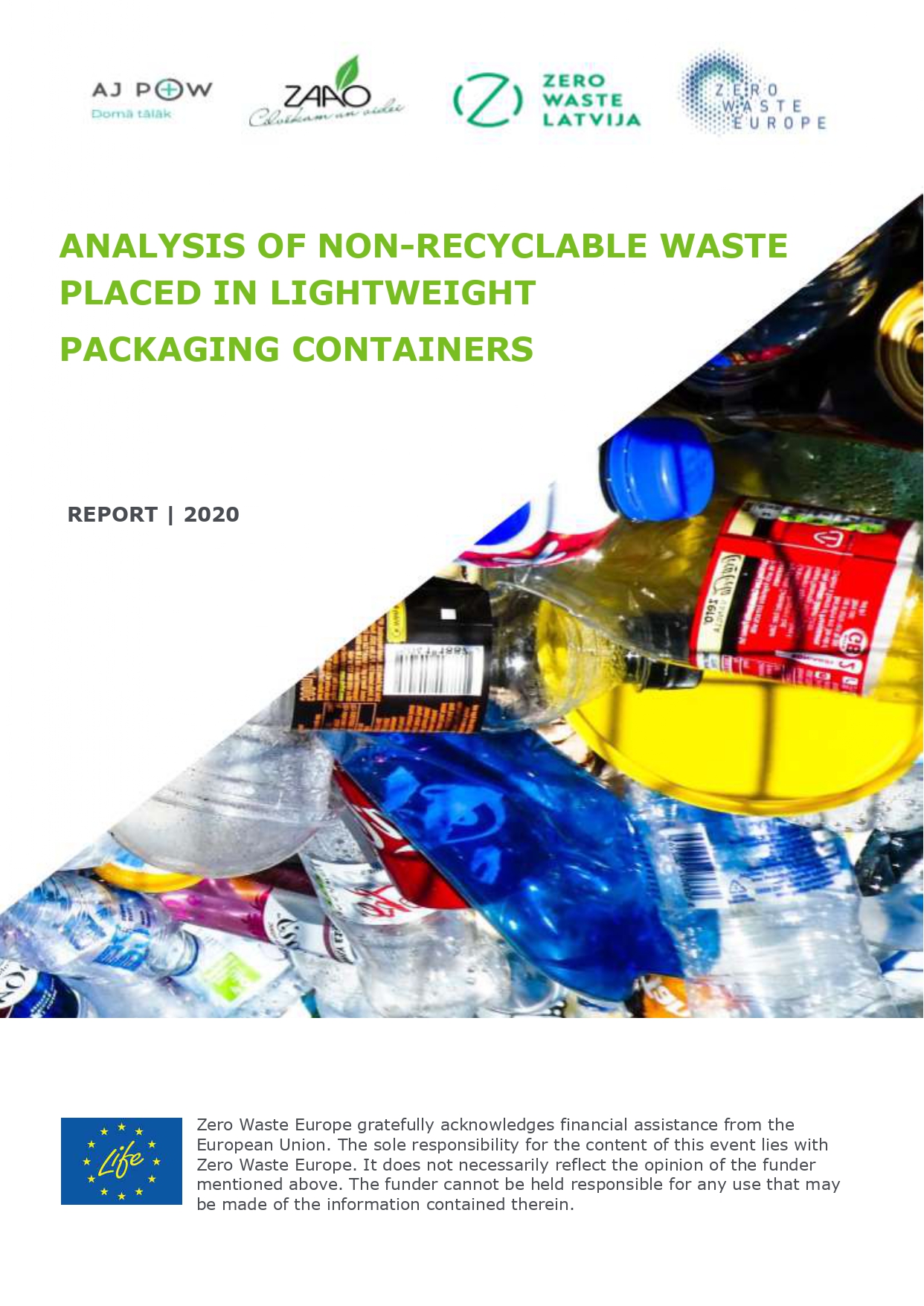 This report, produced by Zero Waste Latvia, provides information about the waste that cannot be recycled, which ends up in a lightweight packaging container, its composition and the mistakes most often made by the public. Based on the results obtained, the report’s authors make recommendations to manufacturers and decision-makers to promote correct sorting of waste, improve communication intended for the public and take other strategic measures to improve the waste management system. 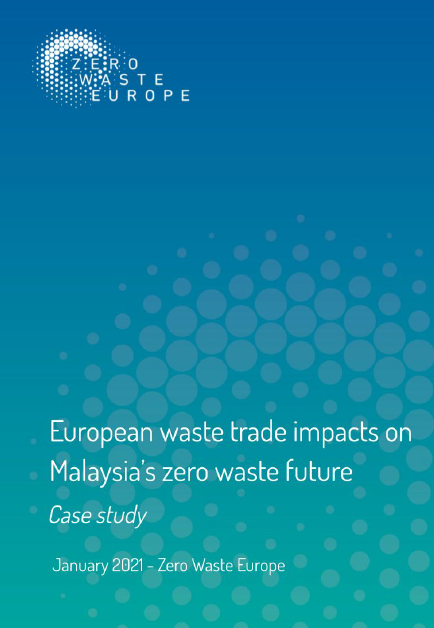 The impact of all the waste that is generated in Europe continues to be felt in countries and communities thousands of miles away. This case study illustrates the impacts inflicted by international waste trade upon Malaysia and shows how the country has responded. 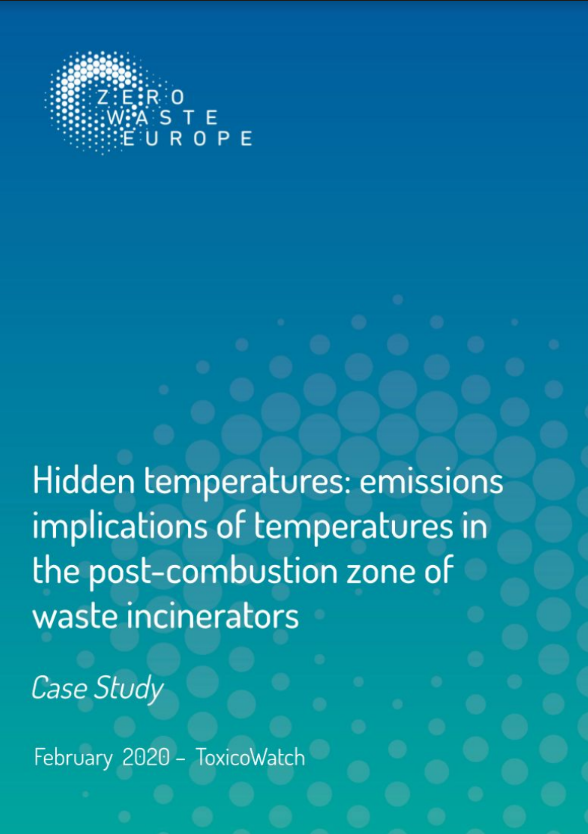 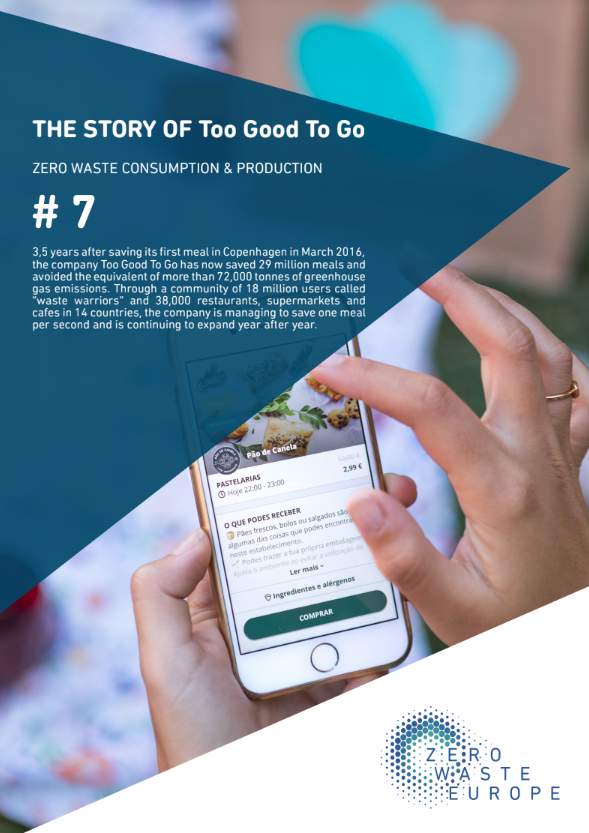 Zero Waste Europe releases its new Consumption & Production Case Study, which promotes zero waste business models: The Story of Too Good To Go, a fast growing company making the link between shops whose food is about to be wasted and consumers who love a good deal. 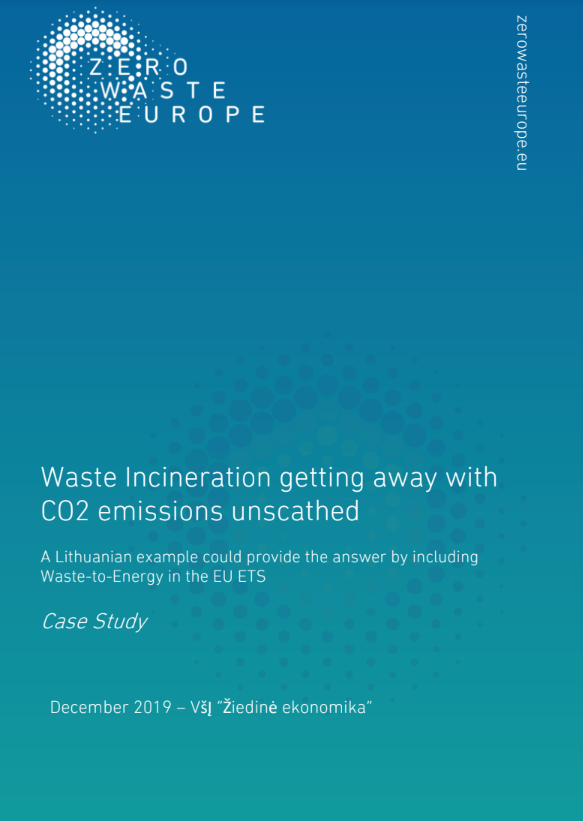 Evidence shows that waste incineration has a high impact on our climate, yet it’s not part of any scheme to progressively reduce CO2 emissions. This case study written by Žiedinė Ekonomika uses the example of the “Fortum Klaipeda” waste co-incineration plant in Lithuania to illustrate how waste incineration plants could be included under the EU ETS at EU or national level and outlines at the potential impact such inclusion on driving better waste management in Europe.

Available in English and French. 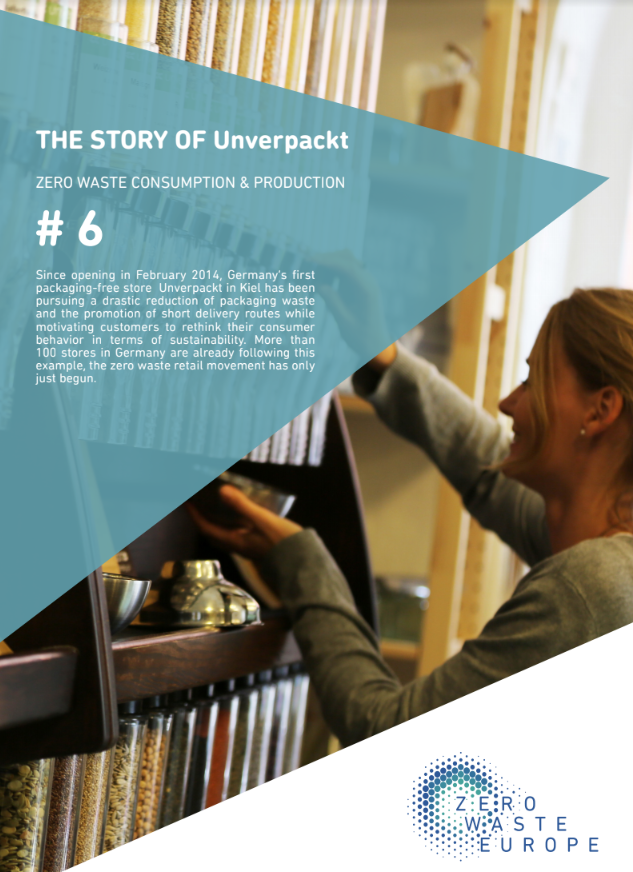 Since opening in February 2014, Germany’s first packaging-free store Unverpackt in Kiel, has been pursuing a drastic reduction of packaging waste while motivating customers to rethink their consumer behavior. More than 100 stores in Germany are already following this example, the zero waste retail movement has only just begun. 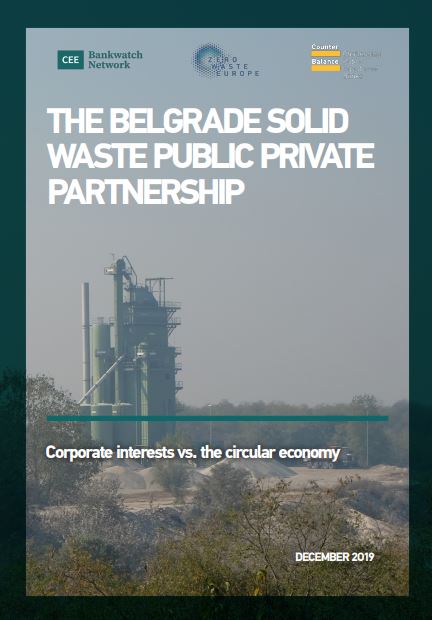 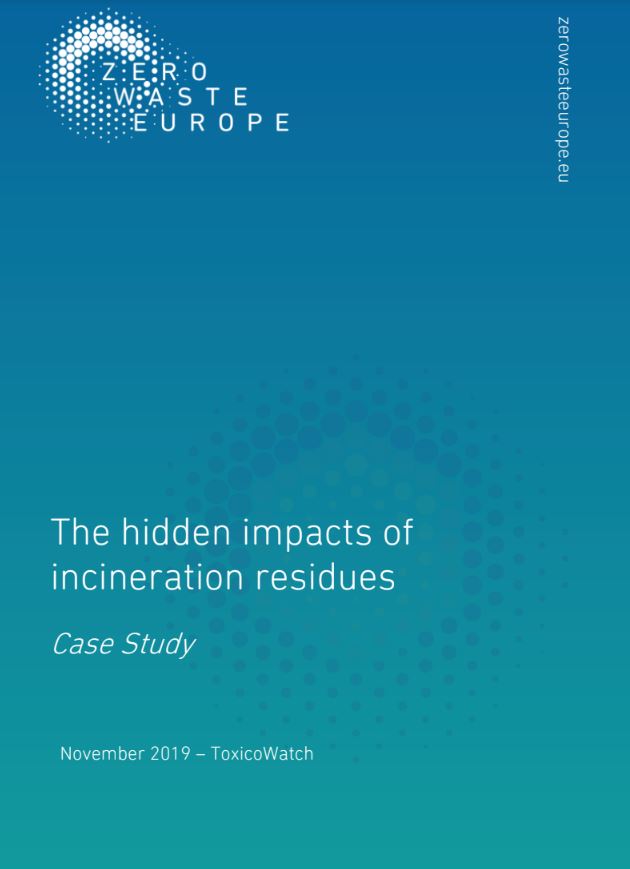 Waste incinerators in the Netherlands create a large amount of toxic residues (bottom and fly ash) which are increasingly used in so called useful applications under the Green Deal agreement. The evidence shows that the current standards for the safety of this practice are outdated posing a significant threat to human health and the environment. 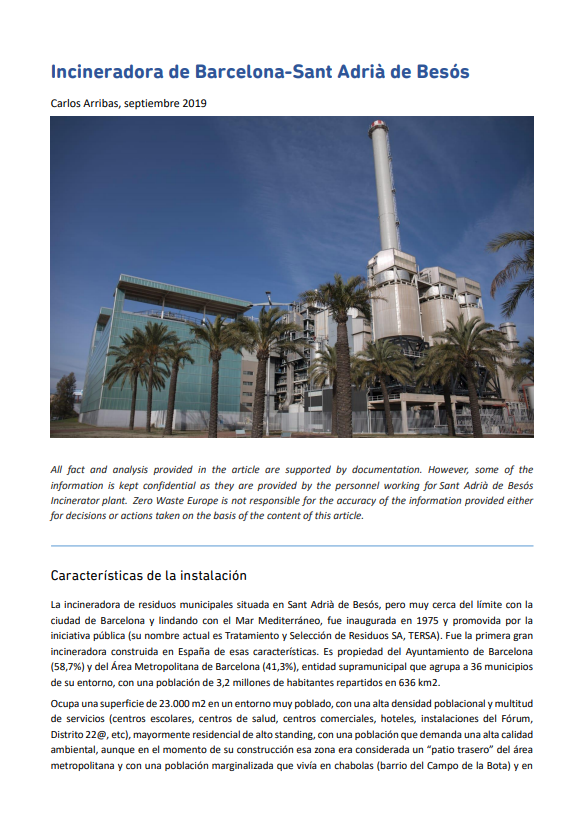 Toxic emissions and polluted air: the Waste-To-Energy plant of Sant Adria de Besos in Barcelona works at a high cost for the environment and the local community. Hungry for more? Read our blog in English. 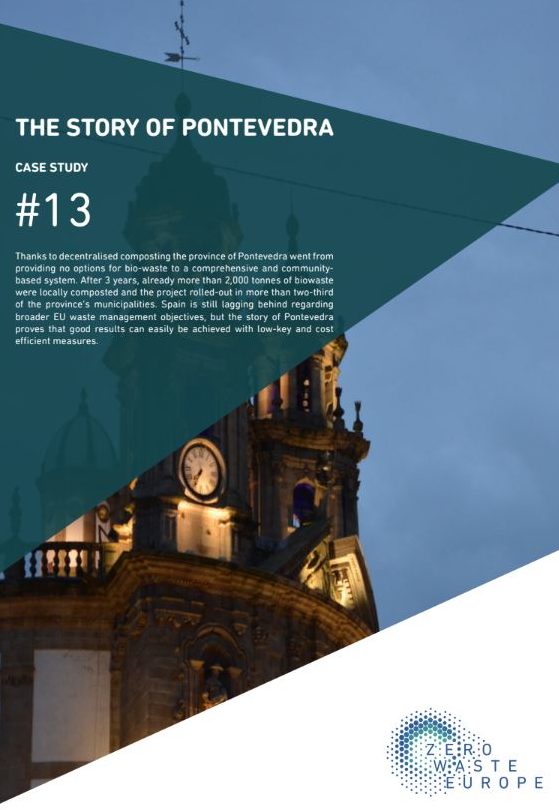 Thanks to decentralised composting the province of Pontevedra went from providing no options for bio-waste to a comprehensive and community-based system, establishing itself as a best practice example for bio-waste management in Spain and beyond. 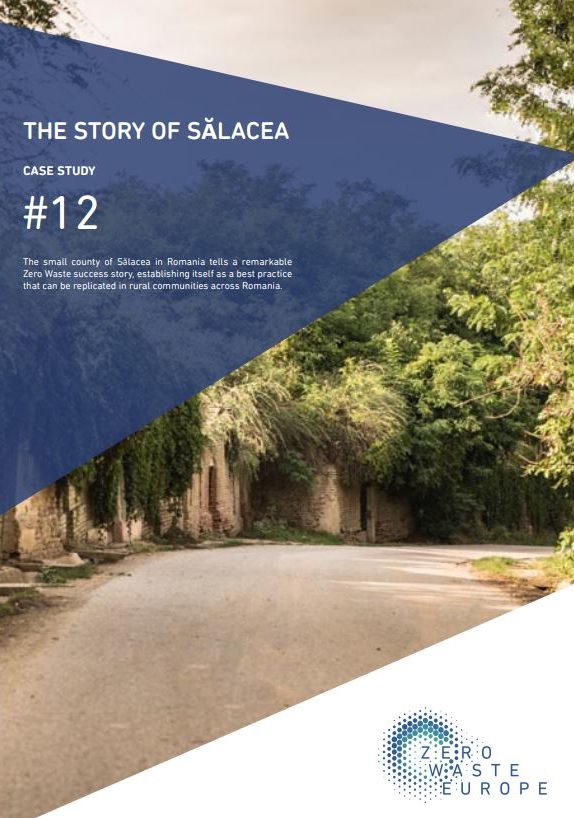 Going from 0 to 40% recycling rate within 3 months,  the small county of Sălacea tells a remarkable Zero Waste success story, establishing itself as a best practice that can be replicated in rural communities across Romania. 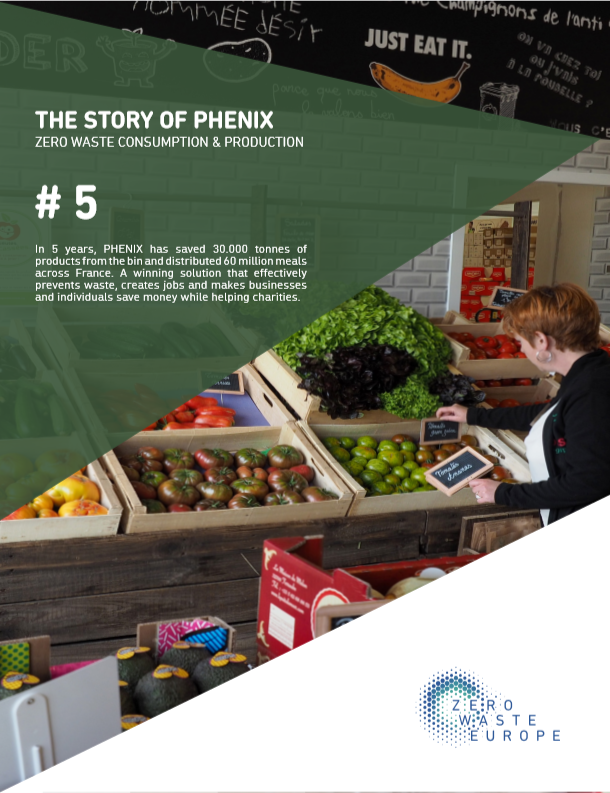 In 5 years, PHENIX saved 30.000 tonnes of food products and distributed 60 millions meals across France, proving that it is possible to prevent food waste and create new jobs while saving money. 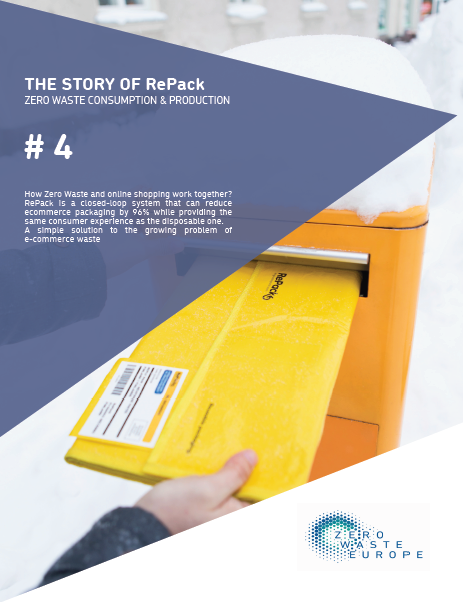 How Zero Waste and online shopping work together?
RePack is a closed-loop system that can reduce e-commerce packaging by 96%
while providing the same consumer experience as the disposable one. 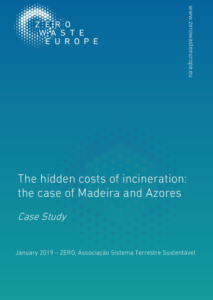 Nothing prevents islands from achieving ambitious waste reduction and recycling targets – but waste incineration can slow them down.

Available in English, French and Spanish 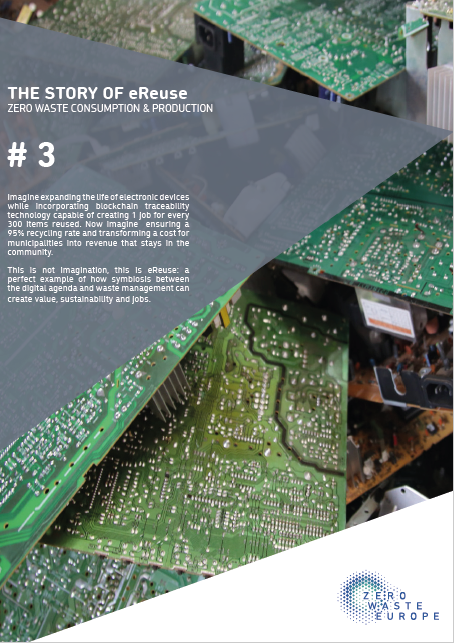 Imagine expanding the life of electronic devices while incorporating blockchain traceability technology capable of creating 1 job for every 300 items reused. Now imagine ensuring a 95% recycling rate and transforming a cost for municipalities into revenue that stays in the community. This is not imagination, this is eReuse: a perfect example of how symbiosis between the digital agenda and waste management can create value, sustainability and jobs. 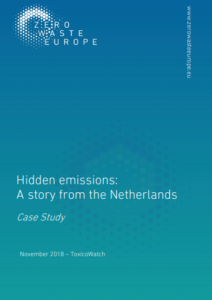 Although presented as state of the art, the youngest incinerator in the Netherlands is far from a clean: long-term tests reveal emissions of dioxin, furan and persistent organic pollutants far beyond the limits. 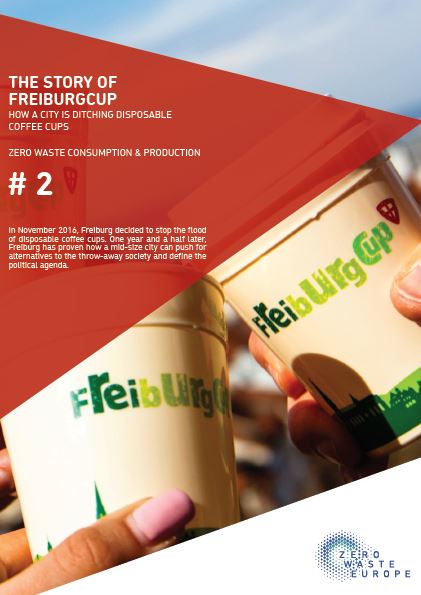 In November 2016, Freiburg decided to stop the flood of disposable coffee cups. Less than two years later, Freiburg has proven how a mid-size city can push for alternatives to the throw-away society and define the political agenda.

Available in: English and French. Other languages coming soon!