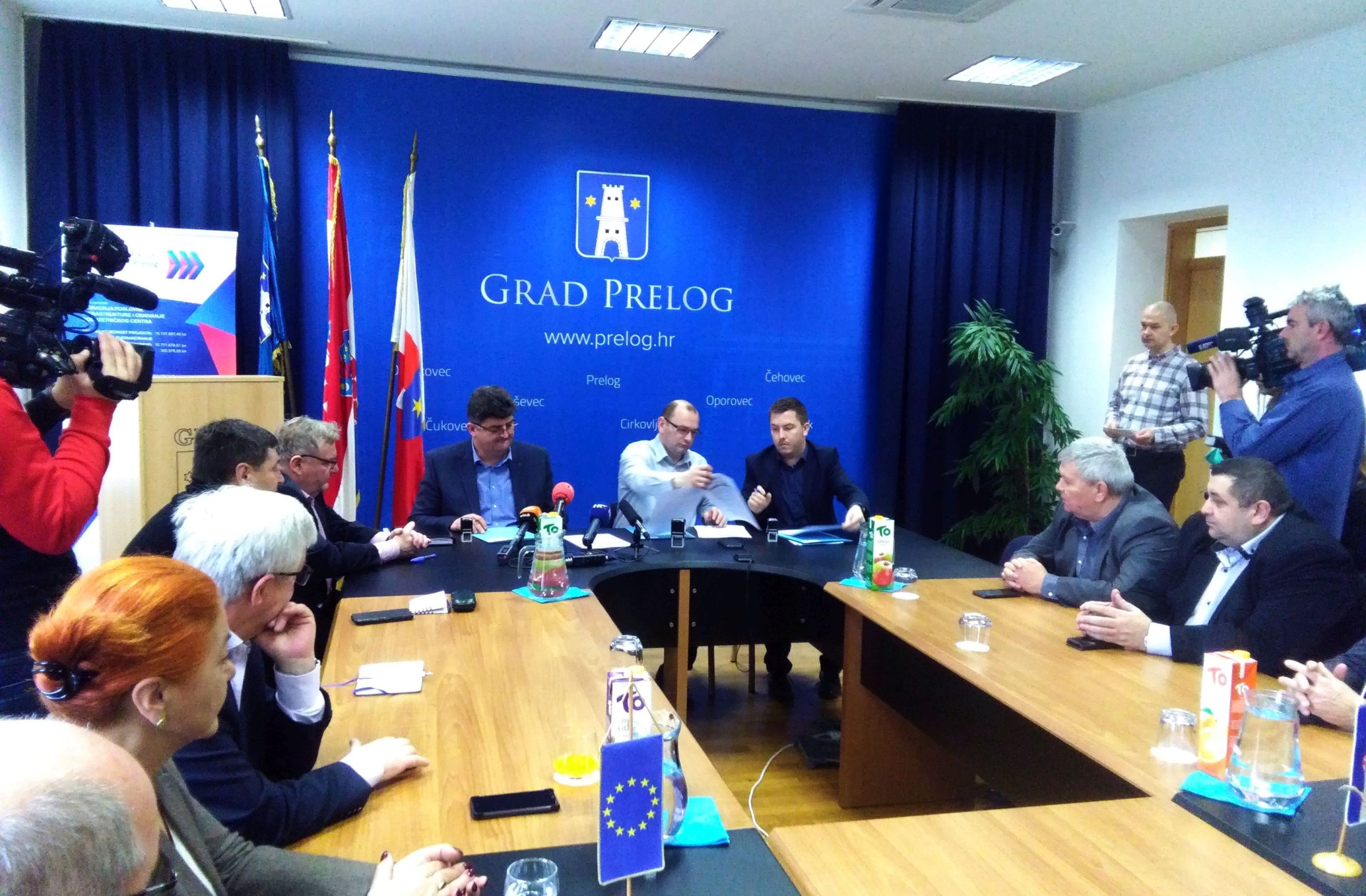 in the successful system run by the municipal company PRE-KOM, which is the sustainable waste management national leader in Croatia

with the best results in reduction, separate collection, recycling and composting.

and Podturen for making the decision to take this crucial step for the environment and for the citizens quality of life.

We are proud of the PRE-KOM success, it now operates in 12 municipalities and its services are available to more than 38,000 people.

We are ready to provide professional help to all municipalities, to help them achieve ambitious goals, as other 400 municipalities

based on the best ecological, economic and social practices. These guidelines have been implemented since 2015 and soon PRE-KOM

only 79 kg of mixed waste per capita annually (Croatian average is 315 kg) in its 11 municipalities.

among the 10 most successful municipalities in Croatia, 6 of them are part of PRE-KOM’s system. The best results in 2017 were achieved

in Prelog with 55.9% of separate waste collection, while preliminary results for 2018 indicate further progress:

When we prepared the  recommendations in 2015, we believed that municipalities served by PRE-KOM, following the Zero Waste principles,

could very quickly prove that great results can be done in Croatia. Their success was bad news for many groups that have been blocking

the waste management system improvements due to interests in the waste business. It took courage to step in the direction opposite

to the one taken by most municipalities and the Croatian Government. Therefore sincere congratulations to PRE-KOM”, added Košak.

The successful system elements for the 12 municipalities (1) managed by PRE-KOM include: door-to-door separate collection,

intensive education of all age groups and fair payment system with many discounts for different households.

compost plant and the first RE-USE centre in Croatia.

Additionally, the yellow and red card control system and the recently launched project to collect used cooking oil, are indicators of the fact

that PRE-KOM is constantly trying to improve the waste management system with innovative ideas. Results of a successful system,

apart from high recycling rates and low residual waste, are also seen in the amounts of recyclables put on the market that weigh more than

reducing monthly bills for citizens. Therefore, it has strong position as a national leader in sustainable waste management in Croatia.

If this system is copied in the rest of Croatia, we would jump quickly from the bottom of European statistics in recycling and quality of life

to the most successful countries in Europe. PRE-KOM developed a model that is slowly being copied by the growing number of municipalities

in Croatia and we invite them to sign the Zero Waste 2020 strategy and join the network of the most successful municipalities in Europe,