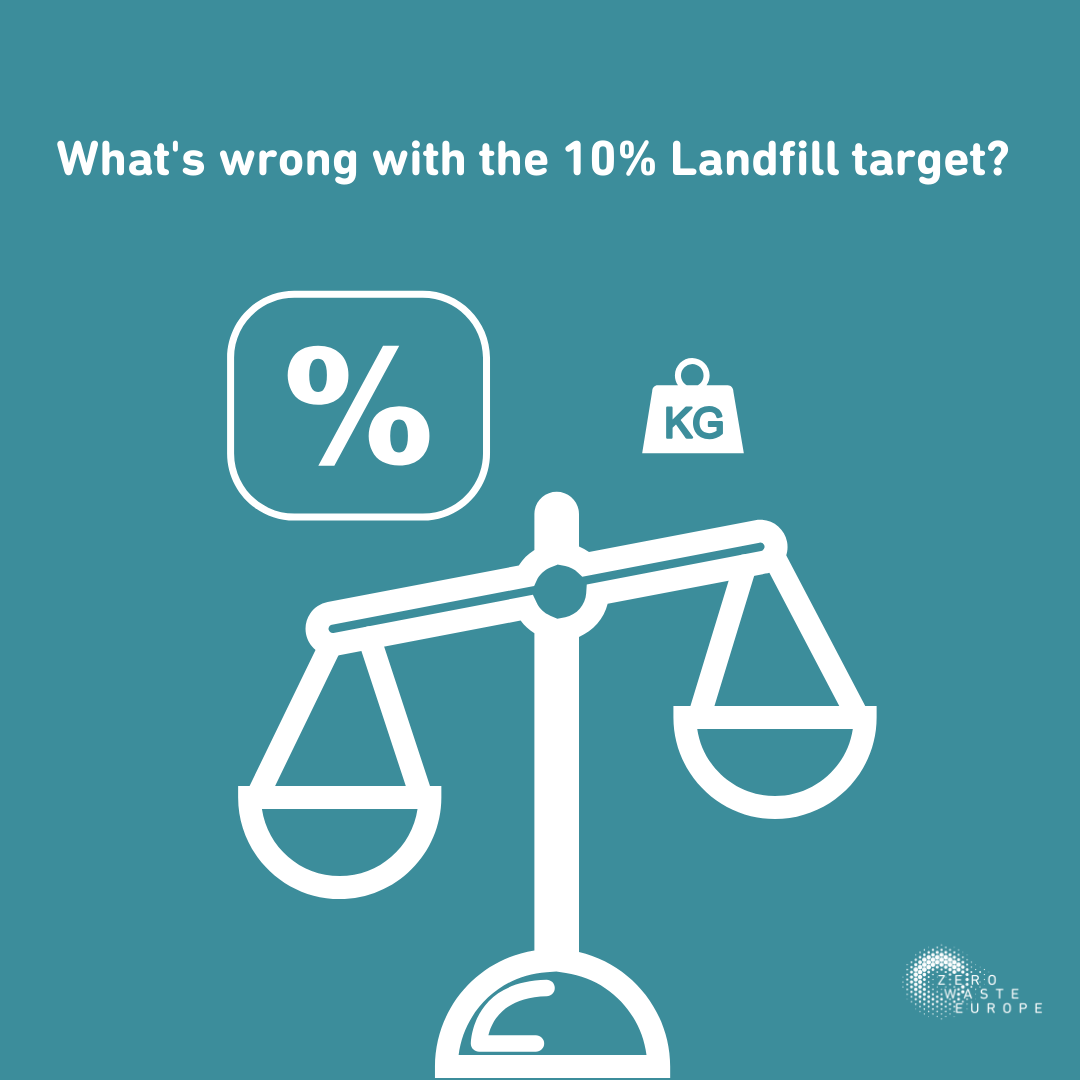 Zero Waste Europe releases today a Policy Briefing which analyses in depth the new Landfill Directive, part of the Circular Economy Package adopted in 2018. Specifically the landfill minimisation target, a key element which could contradict the overarching principles of the EU Circular Economy Agenda.

As the briefing describes, meeting the target is extremely challenging and the way it’s defined and must be calculated (in any given year and defined as a percentage) may cause unwanted consequences.

The first challenge is the lack of emphasis on waste reduction which translates into a paradox: it doesn’t matter how much waste you produce, it only matters the 10% of it, since the percentage would anyway have to be calculated in any given year on the remaining waste.

The second consequence is the potential interest to invest in waste incineration so as to minimise landfilling.

This could consequently create a lock-in situation, with waste compelled to go to incineration, rather than reuse or recycling, therefore contravening the principles and strategic goals of the Circular Economy Package, which gives a clear priority to reducing waste and maximising material recovery

Both consequences work against the real ultimate goal of minimising tonnes of waste.

Zero Waste Europe recommends  amending the Landfill Directive in two complementary ways, in order to align it with the overarching principles and strategic goals of the EU Circular Economy Agenda: