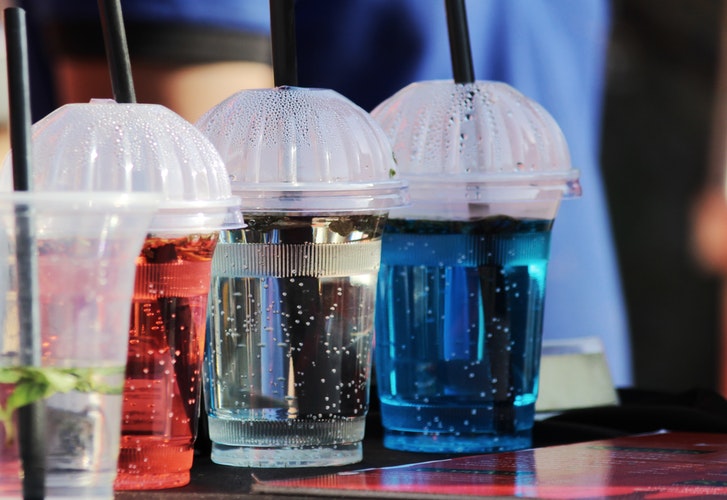 Member States’ support to plastic to fuel within the Renewable Energy Directive risks to undermine the circular economy, the Commission’s Plastic Strategy, and the upcoming legislation on single-use plastic, according to a leaked document.

As the European Parliament and Member States gear up for the next negotiations on May 17th, the Council’s latest position promote the inclusion of recycled carbon fuels within the scope of the revised directive (RED II).

Ariadna Rodrigo, Zero Waste Europe’s Sustainable Products Campaigner said: “The proposed inclusion of plastic waste in the definition of recycled carbon fuels would jeopardise any incentive to bring about a reduction of plastic pollution in Europe”.

Janek Vahk, Zero Waste Europe’s Policy Coordinator, said: “If this proposal goes through, fuels derived from plastics will be promoted through mandatory transport targets, as fuel suppliers will be required to put a certain minimum share of plastic-based fuels on the EU market”.

Ariadna Rodrigo added: “Such a requirement is not aligned with the strategic goals of the EU Plastics Strategy and the Circular Economy Package. Indeed, if plastics are turned into fuel, the incentive to redesign plastics that are currently difficult to recycle is lost”, added Rodrigo.

The Renewable Energy proposal, as it stands, creates negative incentives to meet any of the following Directives and Strategies:

Zero Waste Europe urges Member States’ ministers in the upcoming trilogue on May 17 to amend the Renewable Energy proposal by explicitly excluding plastic to fuels from the scope of the Directive.

The plastic to fuel in the renewable energy legislation

The Renewable Energy Directive is currently under the revision by the European Parliament and the Council. The revised directive (RED II), once adopted, will establish a common framework for the promotion of energy from renewable sources in the electricity, heating and cooling, and transport sectors during the 2021-2030 period.

The current proposal includes solid waste of non-renewable origin among the sources of renewable energy, as part of the definition of “recycled carbon fuels”.

If such a proposal is approved, the fuels derived from non-renewable solid waste such as plastic would be promoted through mandatory targets for the transport sector. This is because the changes that have been proposed on article 25 (1) requires fuel suppliers to include a minimum share of energy from recycled carbon fuels.

Plastic to fuel as “renewable”

Under the current proposals, plastic to fuel could potentially qualify as “renewable”. This risks creating confusion amongst investors and stakeholders, thus undermining public trust in our regulatory framework for climate and energy.

The proposal would also undermine the Commission’s upcoming legislation on single-use plastic, which aims to reduce plastic pollution at source by introducing measures to ensure highest collection and recyclability of the most littered items, such as coffee cups, plastic bottles, straws and plastic cutlery.

Moreover, plastic to fuel is at odds with the core principle of the EU waste legislation – the waste hierarchy – which prioritises prevention, reuse and recycling over incineration and other forms of energy recovery.

At odds with higher recycling rates

Furthermore, there is a concrete risk for plastic to fuel to lead to unjustifiably higher recycling rates. Indeed, if plastic to fuel can be counted towards recycling, it will make it easier for authorities to reach recycling targets for e.g. 55% target for plastic packaging by 2030, in line with the legal obligations set out in the Packaging and Packaging Waste Directive. In this sense, the plastic to fuel amendment could possibly mean that a smaller percentage of this target is reached with mechanical recycling.

At odds with mechanical and chemical recycling

Besides, as there is no definition of mechanical recycling, there is also no way to assess what can in fact be mechanically recycled. Today only a few kinds of plastic are more or less successfully recycled  through selective collection, such as HDPE and PET bottles and flasks. However, these plastics and other potentially recyclable plastics can still end up in mixed waste streams which would be considered unrecyclable, and there is no basis for an authority to contest it.

The same reasoning applies to chemical recycling: the amendment would promote processes such as the gasification of waste to produce fuels over the production of plastics.

Because of these reasons, while the intention of the amendment is possibly in line with the waste hierarchy, the actual implication of it might run against it and could undermine the EU strategy to move towards a circular economy.

At odds with development of design for recycling

An important aspect of the transition to a circular economy is to make plastics easier to recycle. The RED II proposal aims to offer a solution for plastics that can’t be mechanically recycled. However, this category is neither clearly defined, nor static: plastics that are difficult to recycle today could be redesigned to make them easier to recycle. The phasing out of certain additives, the use of mono-materials, and bans on specific plastics applications could help make more plastic products suitable for mechanical recycling. If these plastics are turned into fuel, the incentive to redesign plastics is lost, in favour of a lock-in into an inferior technology that produces energy from fossil fuels.