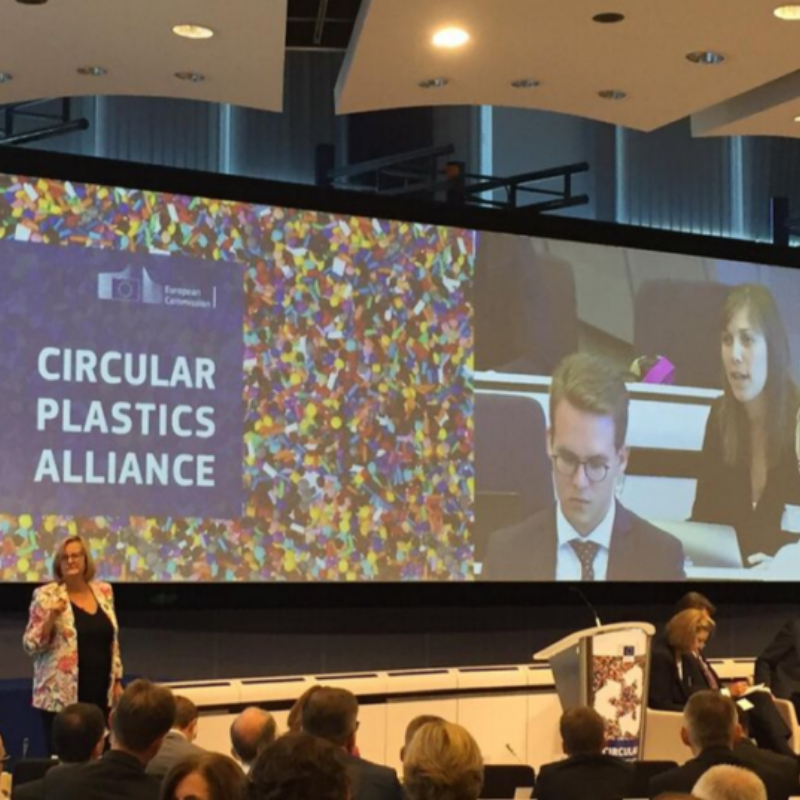 During a high level event held today, the Circular Plastics Alliance (CPA) signed a voluntary declaration to support the supply and demand of recycled plastic on the European market.

ECOS, the European Environmental Bureau (EEB) and Zero Waste Europe (ZWE) ultimately decided not to sign the declaration, given the regrettable lack of ambition, transparency and NGO involvement in the drafting of the declaration – however they did acknowledge the need to ramp up the collection and recycling of plastics in general.

The CPA initiative, launched by the European Commission in the context of the European Strategy on Plastics in a Circular Economy, is an invitation to companies to a pledging exercise to reach 10 million tonnes of recycled content in products and packaging by 2025. The pledges fell short of achieving the 10 million target and the creation of the CPA aims at filling the gap.

Considering that plastic production is expected to double by 2035, even with the 10 million tonne target achieved, Europe will still be left with a high dependency on virgin fossil-based plastics. This is not compatible with the EU’s decarbonisation ambitions and the goal of reaching a climate neutral Europe. Political attention, R&D and investments should first and foremost be directed towards prevention, toxic-free eco-design and reuse systems, instead of focusing on their end of life.

Furthermore, ECOS, EEB and ZWE are particularly concerned by the complete omission of the risks associated with the presence of toxic substances in plastic waste: it should be ensured that hazardous chemicals do not make their way into new products through recycled content. Phasing out problematic chemicals from the design of products should come in the first place.

Moreover, the declaration puts emphasis on investments in chemical recycling, a technology which remains immature, with unanswered questions about costs and environmental impacts, and should not be seen as a silver bullet to solve the plastic crisis.

“The Circular Plastics Alliance is a missed opportunity for industry, relevant stakeholders and environmental NGOs to create a meaningful initiative to address plastics in a circular economy. Instead, the industry has developed a hollow declaration that lacks ambition and commitments that will fail to tackle plastic pollution” says Ioana Popescu, Programme Manager at ECOS.