Press Release: Scientists and civil society speak out: chemicals in food packaging are making us sick 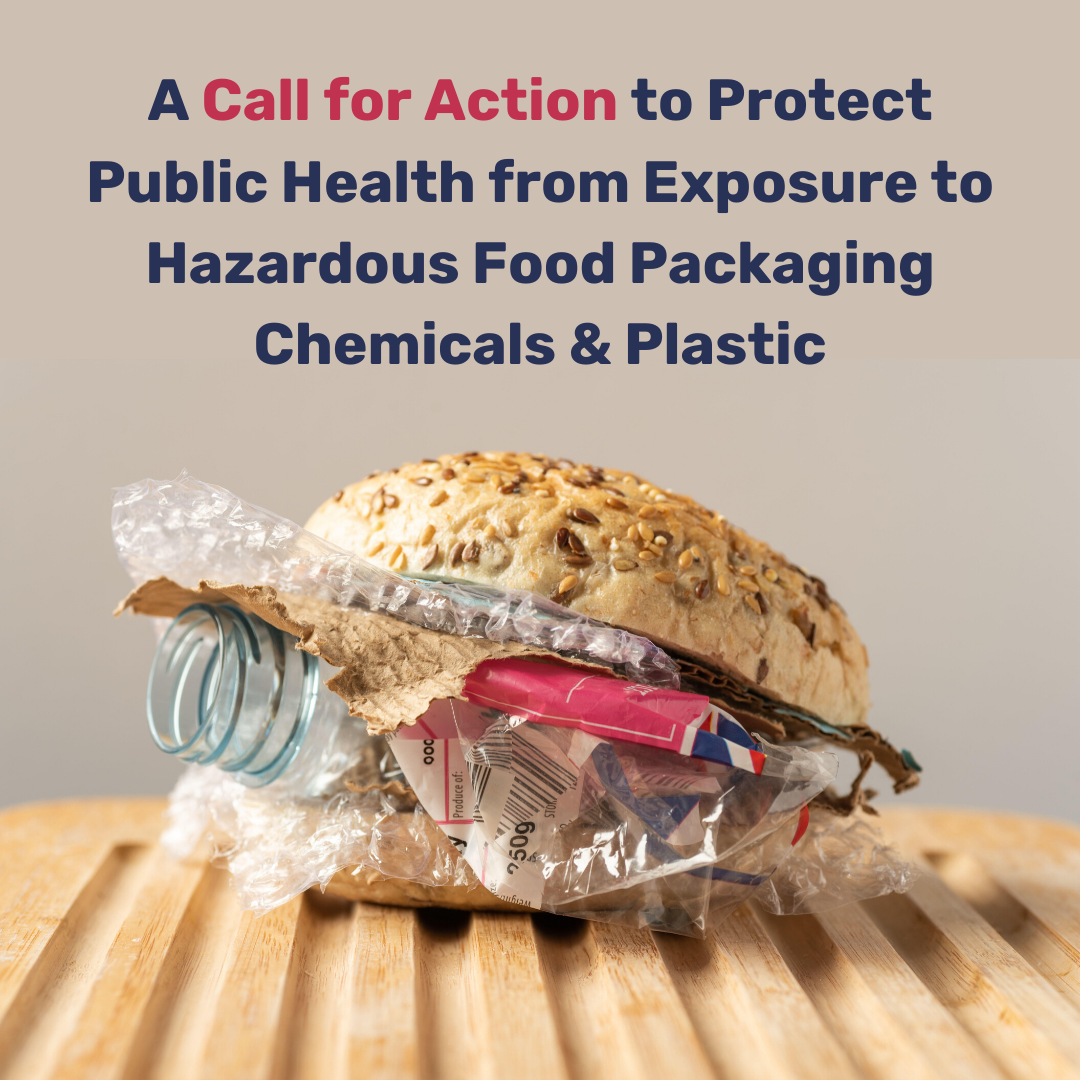 Organisations around the globe, led by the UNWRAPPED Project (UPSTREAM, Zero Waste Europe, and GAIA), are supported by the scientific community in raising serious concerns about the use of chemicals in food packaging, and today released a Declaration of Concern calling to action decision-makers and industry.

This comes as a reaction to the Scientific Consensus Statement on the “Impact of Food Packaging Chemicals on Human Health”, led by the Food Packaging Forum, and published today in Environmental Health.

Many of those chemicals, including phthalates, bisphenols and PFAs, are used in single-use packaging, made of plastic but also paper and board.

The lack of disclosure by producers regarding chemicals used in packaging means that the risks associated with the use of those packaging can’t be evaluated.

Consumers are kept in the dark about the chemicals in their daily products, and waste managers are also unaware of the chemicals present in the packaging they process, and possibly recycle in other products.

Thereby more than 160 organisations signed the Declaration of Concern and called on decision-makers and industry to protect public health and the environment by acting to:

In Europe, the current EU legislation on FCM (1) is meant to safeguard the health and interests of consumers but, as it’s widely acknowledged, it’s failing at its job. The European Parliament urgently called on the Commission to revise the current legal framework (2).

In particular, there is neither transparency nor traceability of chemicals in FCM, and chemicals which have been identified as harmful under other EU regulations, such as REACH, are still allowed to be used in FCM. The current assessment is inadequate and does not take into account the mixture effect linked to various sources of exposure (3).

“Our current system of production and distribution of food and its packaging put at risk the health of people, who don’t even have access to information on the chemicals present in food packaging. The European Union must reform its legislative framework on food contact materials, since it’s outdated, insufficient and inadequate, and allows known hazardous chemicals to be used in food packaging. This is urgently needed if the EU is serious about transitioning towards safe and reusable packaging, and achieving a toxic-free environment and a clean circular economy”.

The Declaration of Concern Call To Action will remain open for more organisations and Scientific Institutions to sign it, to make sure decision-makers and industry start acting to protect public health and the environment.

Read the Declaration of Concern

(1) Food Contact Materials (FCM) refers to a wide range of materials and articles that are in contact with food from farm to fork, such as storage containers, factory equipment, food packaging, and kitchen utensils.
(2) European Parliament resolution of 18 April 2019 on a comprehensive European Union framework on endocrine disruptors (2019/2683(RSP)): https://www.europarl.europa.eu/doceo/document/TA-8-2019-0441_EN.pdf
European Parliament resolution of 15 January 2020 on the European Green Deal (2019/2956(RSP)): https://www.europarl.europa.eu/doceo/document/TA-9-2020-0005_EN.pdf
(3) The 5 key principles for a new EU legislation on FCM: https://chemtrust.org/wp-content/uploads/KP-sign-on-document-word-sept-19.pdf

UPSTREAM works with businesses, schools, and communities to transition to a throw-away-free culture.They launched campaigns across the US to make single-use history and “indisposable” the new norm.

GAIA (Global Alliance for Incinerator Alternatives) is a worldwide alliance of grassroots groups, non-governmental organisations, and individuals whose mission is to catalyse a global shift towards environmental justice by strengthening grassroots social movements that advance solutions to waste and pollution.

Zero Waste Europe is the European network of communities, local leaders, businesses, experts, and change agents working towards the elimination of waste in our society. We empower communities to redesign their relationship with resources, and to adopt smarter lifestyles and sustainable consumption patterns in line with a circular economy.