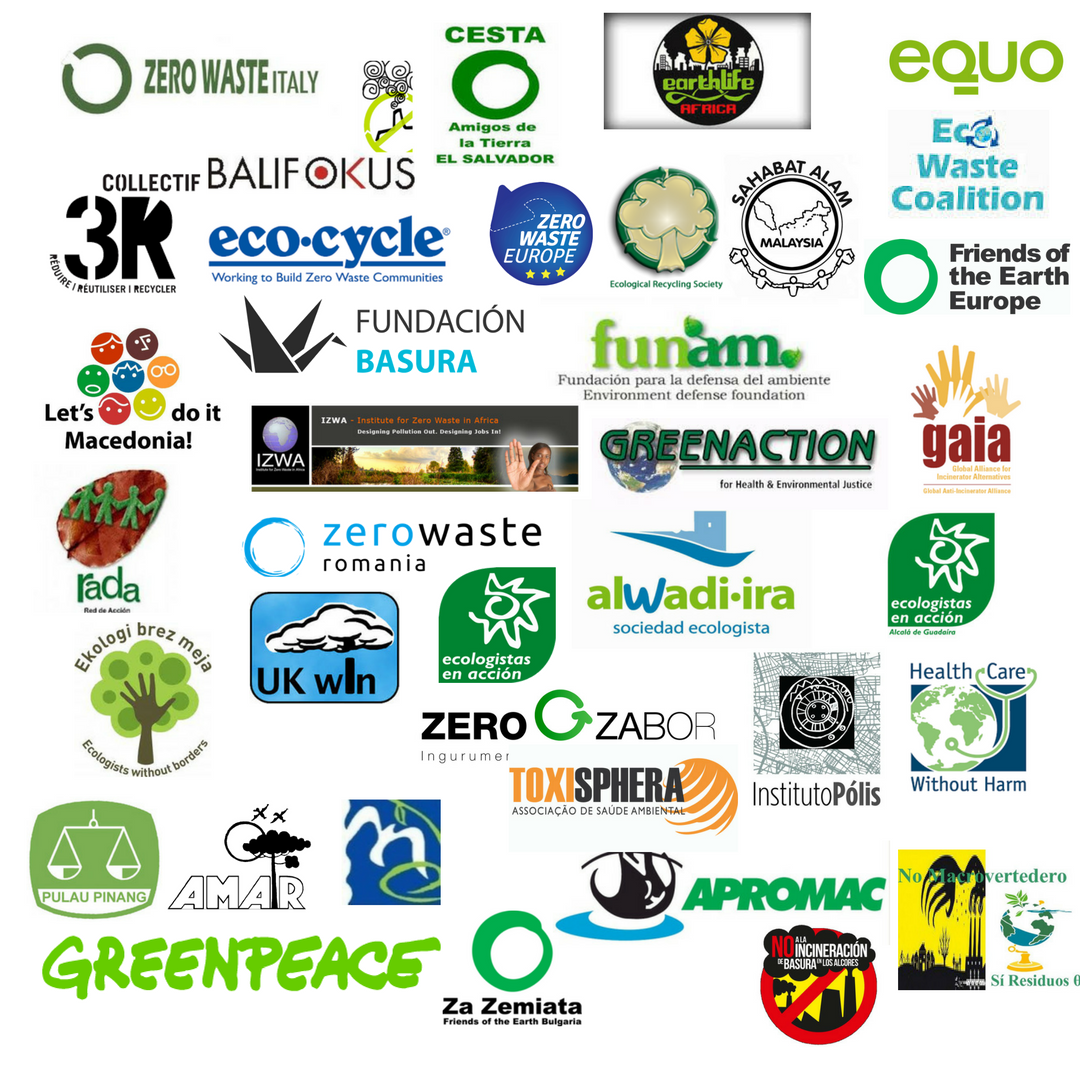 In a statement coordinated by Zero Waste Europe, 55 NGOs from all over the world have expressed their support for impacted community groups from waste incineration in cement kilns, claiming that the use of waste as fuel in cement plants has severe consequences for the environment, economy and public health and that it should be ended immediately.

The statement highlights that cement production is one of the most energy intensive industrial processes and is a major contributor to climate change, but efforts to curb these emissions have centred around the use of so called ‘alternative fuel’ which is invariably different types of waste (municipal solid waste, hazardous waste, industrial waste, etc), with very significant negative impacts on air pollution, resource-depletion and climate change.

Mariel Vilella, Zero Waste Europe Managing Director, who coordinated the statement put emphasis on the fact that: “there is a far greater potential to have a positive impact on climate change by focussing on the higher tiers of the waste hierarchy, giving priority waste prevention, reuse and recycling and following the principles of a zero waste strategy.”

The statement is one of the outcomes of the 7th Annual Gathering of the Spanish Alliance Against Waste Incineration in Cement Kilns, which took place in Alcala de Guadaira (Sevilla) on 11-13 November.

The successful event, saw the participation of representatives from 50 municipalities and 14 groups from all over Spain, México and European level, was organized by the Plataforma contra la incineración de residuos en Los Alcores (Alliance against Waste Incineration in Los Alcores), the local coordination group opposing the burning of waste in the cement plant of Portland Valderribas. The event included multiple experts on environmental health, waste management and zero waste strategies (see the full programme here).

On Sunday 13th, 300 people marched under the slogan “No to incineration, yes to recycling” through the streets of the local neighbourhood to the cement plant.

“The meeting was a great opportunity to share experiences, analyse the implementation of incineration in cement plants, its current legal framework, study policies to combat this process and develop coordination amongst groups in this field of action. Moreover, different waste management alternatives have been addressed”, said representatives from Al Wadi-Ira/Ecologistas en Acción.

In conclusion, there is a growing social movement against waste incineration in cement kilns which is demanding zero waste alternatives for the protection of the environment, public health and local economies.