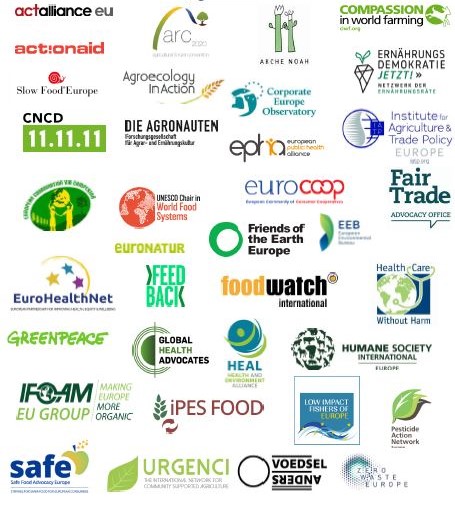 Thirty-six leading campaign groups, farming organisations, and think tanks, including Zero Waste Europe, have come together to call on the new European Commission President to establish an integrated EU food policy during her premiership.

In an open letter to the Commission President, Ms Ursula von der Leyen, the organisations – representing the sectors of farming, fisheries, environment, animal welfare, health, consumers, development, social justice, climate, and forestry – also called for a European Commission Vice-President to be made responsible for ensuring the transition to sustainable food systems.

Reforming our food systems is therefore an opportunity for the EU and its Member States to address the concerns of many citizens, and is the key to meeting the UN Sustainable Development Goals (SDGs), the Paris Agreement on climate change, and many other commitments to protect people and the planet

The creation of an integrated food policy, under the stewardship of the European Commission Vice-President, is essential to coordinate the efforts of the many different departments impacting our food systems, including DG AGRI, CLIMA, COMP, EMPL, ENERGY, ENVI, GROW, MARE, SANTE, TRADE and TRANSPORT.

Underlying the results of the recent EU parliamentary elections, the signatories highlighted the growing public will for an integrated, holistic approach to food policy. Echoing the key findings of IPES-Food’s February 2019 report, ‘Towards a Common Food Policy for the EU‘, the letter calls for a shift away from sector-specific policies towards a broader focus on food, helping to ensure a wider range of stakeholders can be involved in the design and monitoring of such policies.

Reducing food waste and making it a priority means moving towards better, fairer, and more sustainable production and consumption methods. In that sense, measures at the European level should:

– Have impacts all along the food chain, not only focusing on consumption but also on production, processing and retail

A shift towards integrated food policies has also been advocated by the European Economic and Social Committee, the Committee of the Regions, the Joint Research Centre, the Commission’s Scientific Advice Mechanism (SAM), the European Environment Agency, and the Standing Committee on Agricultural Research, showcasing the broad support that this approach has throughout the entire European Union.

The Open Letter to the Commission President

The Open letter to the lead candidates