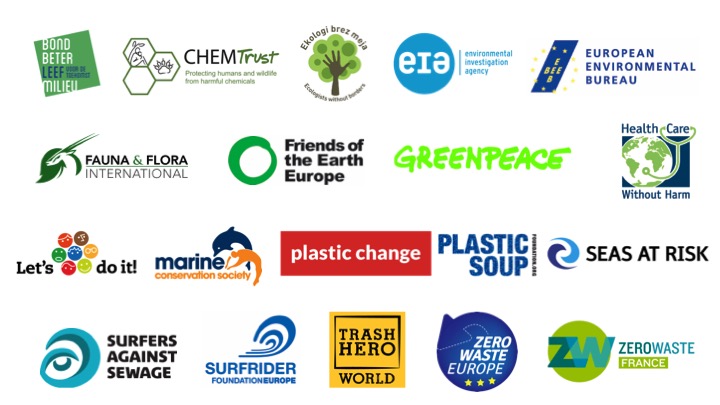 The European Commission’s newly released Roadmap for the EU Strategy on Plastics in a Circular Economy [1] fails to get to the root of the problem of plastics, according to the Break Free From Plastic Movement.

The Commission outlines the problems Europe is facing with plastics and gives an overview of the focus areas which the full Plastics Strategy will address later this year: (1) decoupling plastics production from virgin fossil feedstock and reducing its life-cycle greenhouse gas impacts, (2) improving the economics, quality and uptake of plastic recycling and reuse, and (3) reducing plastic leakage into the environment.

However, the NGO coalition argues that to make a significant contribution towards the circular economy, the Roadmap needs to focus on reducing and optimising the use of plastics. With a massive decrease in the use of single-use plastics and a sharp increase in reuse and recycling, as proposed by the Break Free From Plastic Movement, the attention on the source of the alternative materials would be secondary.

While the Commission highlights the many problems of plastic pollution for the marine environment, the coalition regrets that it does not propose adequate measures to tackle the issue. What’s more, for packaging and its role in littering, the Commission points at the lack of consumer awareness, rather than addressing the producer’s responsibility and the full range of confusion introduced by biodegradable plastics [2]. In addition, the Commission does not expand on the need to move away from the use of hazardous chemicals in plastics which can harm public health.

“Instead of acting during the product design stage and instigating prevention of plastic waste, the Commission has chosen to emphasise better recycling technologies and substitution with ‘renewable’ feedstock. These responses will not lead to a meaningful adoption of Circular Economy principles, nor will it necessarily reduce health-harming plastic pollution.” said Delphine Lévi Alvarès, European coordinator of the Break Free From Plastic movement.

“It is crucial that we reframe the debate around real solutions, take action to dramatically reduce throwaway plastics and acknowledge producer responsibility for a product’s end of life in the design process, rather than focusing on (unsustainable) replacement and recycling”, she added.

All over the world, NGOs have come together to work together to stop plastic pollution. The Break Free From Plastic movement believes that the EU Strategy on Plastics – which is expected to be released by the end of 2017 – needs to face up to the scale of the plastics problem and set an ambitious cross-cutting action framework for Europe to fulfil global expectations and become the frontrunner of the battle against plastic pollution.