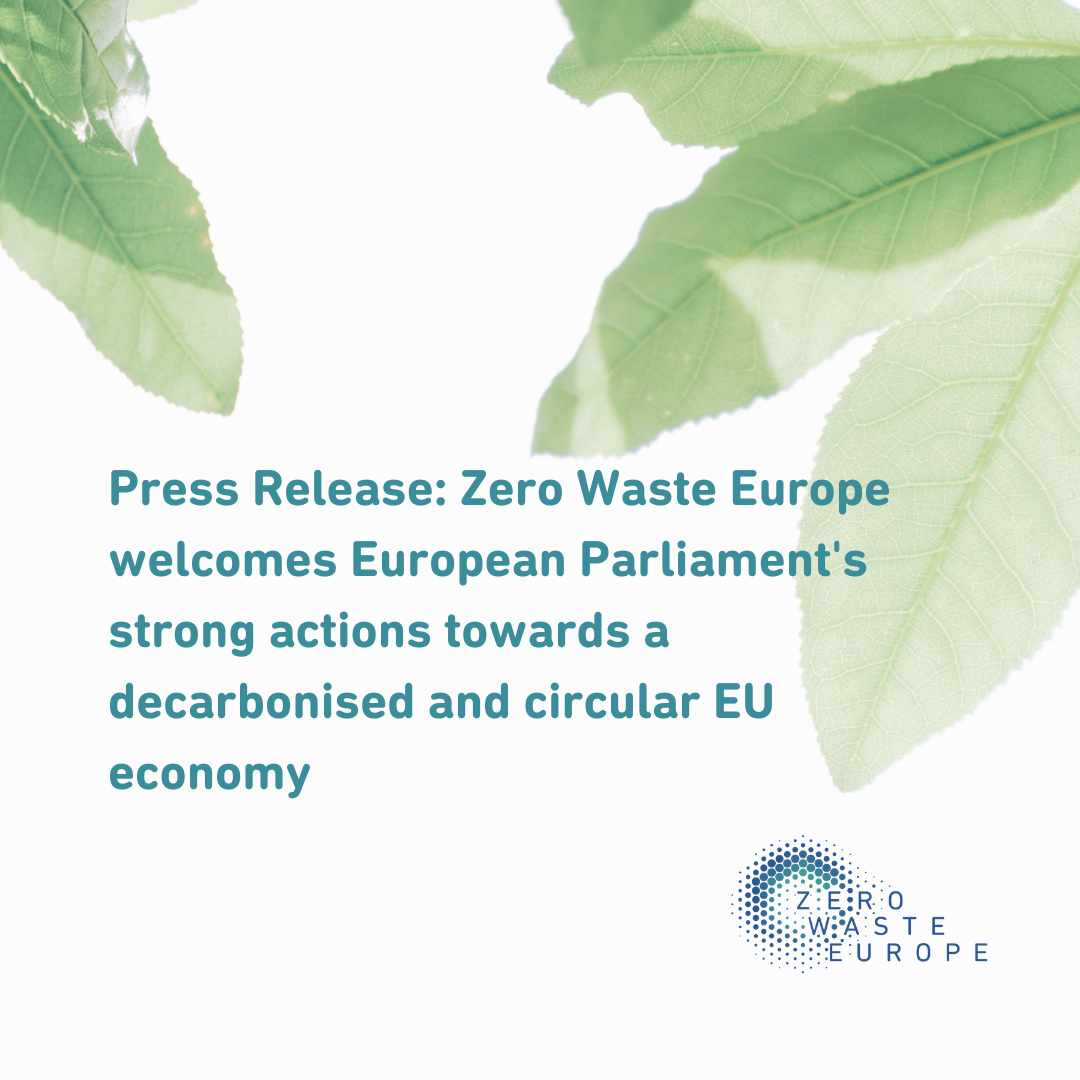 Zero Waste Europe welcomes the European Parliament’s own initiative report on the new Circular Economy Action Plan and its call on the Commission to deliver a strong legislative framework for a circular economy which is low-carbon, toxic-free and timely. The report underlines the importance of taking into account the costs of non-action and the need for an absolute decoupling of growth from resource use.

“This report marks an important step as the Parliament calls on the European Commission to concretely implement an EU waste prevention framework. So far waste prevention was on everyone’s lips but little was made to translate it into legal provisions. With this, we hope to see the EU legislation effectively change in the coming months.”

The European Parliament also emphasized the need for the EU and Member States to minimise incineration, recognising its risk of causing lock-in effects and hampering the development of a circular economy in the EU.

“The practice of burning waste has no place in a circular and net zero emissions economy. It is therefore unfortunate that, while the Parliament calls for a common EU-wide approach for the management of residual municipal waste to ensure optimal treatment and minimise incineration, it could still leave space for incineration under certain conditions. Even advanced incinerators cannot perform well enough to justify the burning of waste as opposed to reduction, redesign, reuse and recycling.”

A cautious approach was rightly taken towards another downstream treatment – chemical recycling – by highlighting the fact that chemical recycling can only contribute to a circular economy if it fulfills the criteria of reducing the overall environmental footprints in relation to other technologies. Considering the lack of independent and transparent assessment of the environmental impacts of chemical recycling, we welcome the European Parliament’s support for transparent evaluations of these technologies and the reiteration that waste-to-fuel operations cannot be considered recycling.

“However, we regret that the European Parliament missed the mark in terms of clarifying the distinction between chemical recycling and recovery; a missed opportunity which would have strengthened measures to avoid waste streams, such as plastics, to be diverted from high-quality recycling towards feedstock for the petrochemical industry.”

NOTES TO THE EDITOR

For further comment on today’s news from a plastics perspective, visit rethinkplasticalliance.eu for our joint press release.