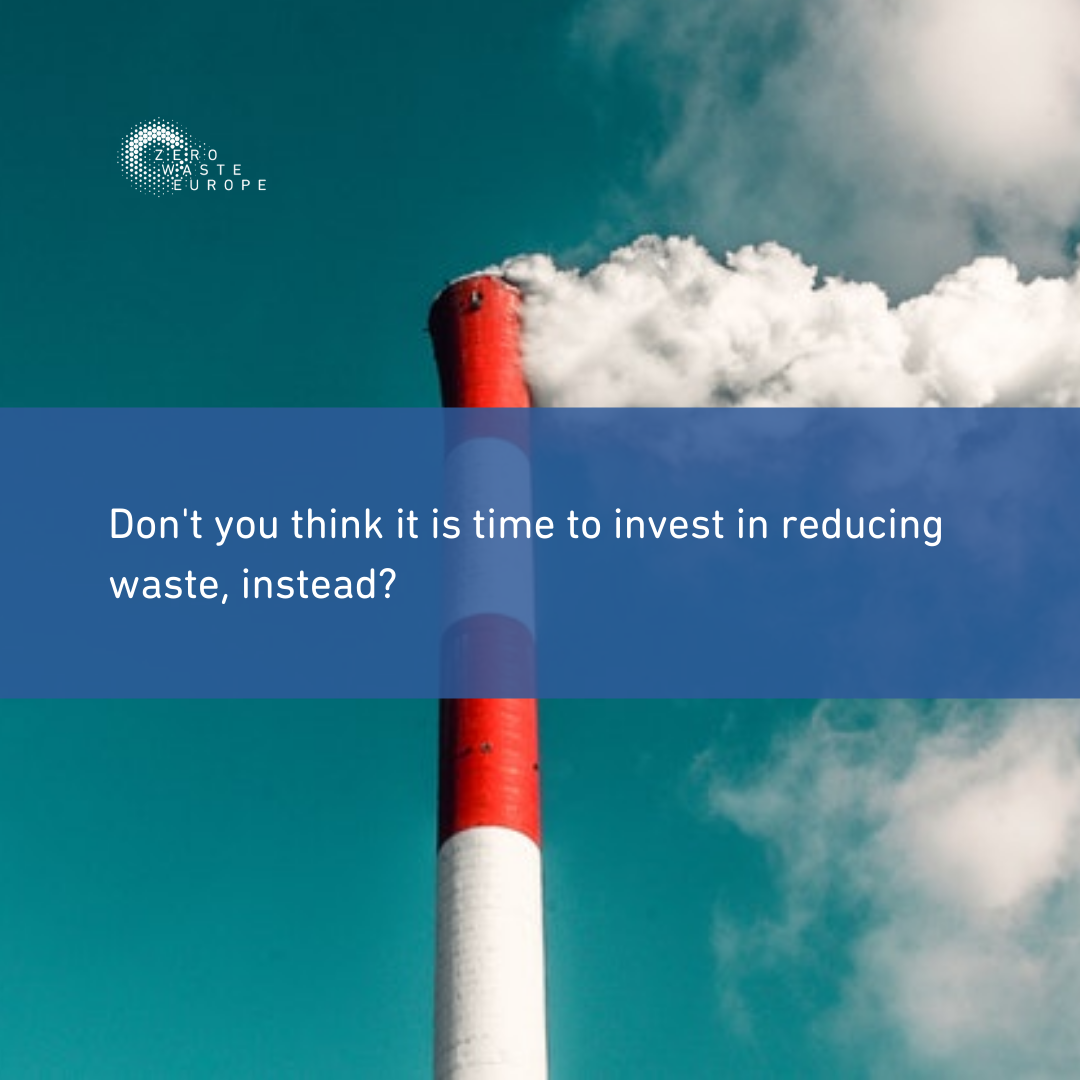 The Climate Bonds Initiative (CBI) claims to be the world’s preeminent authority on sustainable finance. Yet its recently published Waste Management Criteria endorses waste incineration outside the EU as a sustainable investment. This reveals an alarming double standard in its environmental and social principles and ignores the demands of more than a hundred civil society organisations that urged CBI to protect the circular economy and the climate from this technology.

In a letter submitted in August 2019, 103 organisations demanded that CBI exclude waste incineration as a climate mitigation strategy, as burning resources is not in line with the necessary transition to net-zero emissions and a circular economy. The letter referenced a number of reports and policy strategies that document the increasing impact of waste incineration on climate (1).

The CBI recognises that waste incineration is very likely to be excluded from the list of sustainable finance activities in the EU Taxonomy report (2), given that this technology does not support a transition to a low emissions, climate-resilient economy, and it harms the circular economy, above and beyond the harm it does to the climate (3). The Sustainable Finance Regulation, approved last December by the European Council and pending confirmation by the European Parliament, called for incineration to be minimised.

Yet, the CBI will allow the certification of climate bonds to incinerator plants outside the EU, as if those regions did not deserve the same environmental and social standards. In fact, the Global South is generally more vulnerable to the effects of climate change and the CBI’s decision will only exacerbate this social and environmental justice issue, a move that will effectively cause harm to resource efficiency and increase greenhouse gas emissions at the global level.

Furthermore, the CBI Waste Management Criteria recognise that waste incineration can be a very carbon-intensive source of energy, a source of air pollution and GHG emissions when burning plastics, and a lock-in threat for local economies.

Mariel Vilella, Zero Waste Europe’s Director of Global Strategy has been a member of the CBI’s Waste Management Technical Working Group (TWG) since January 2017 and concluded:

“As part of the community of scientists, practitioners in the field of waste management, policy-makers and environmental NGOs that have contributed by giving feedback and support to the CBI throughout the development of these criteria, it’s extremely disappointing to report that the CBI has not followed the EU Taxonomy advice and ignored our views. Ultimately, the damage will be to the CBI’s reputation as an honest evaluator and fair judge of climate solutions.”

“The CBI ignored the evidence about how harmful incineration can be to the climate in a move that prioritises the economic interests of this particular industry (3). Clearly this is a lost opportunity for investors seeking advice about how to support climate mitigation in the waste sector”.

“As the European Green New Deal and the recently-released Emissions Gap report make clear, we cannot afford to build new sources of greenhouse gases, such as incinerators. These trash burners will continue emitting climate pollution for decades, making it even harder for us to get to zero emissions by mid-century.”

In light of the above, Zero Waste Europe has resigned from the CBI’s Waste Management Technical Working Group (TWG).

1. For example, the European Strategy for Plastics in a Circular Economy estimated that plastics production and incineration of plastic waste give rise globally to approximately 400 million tonnes of CO2 a year. Furthermore, the carbon intensity of energy produced through waste incineration is twice the EU28 average electricity grid intensity (which is 298 g CO2eq per kWh), plus the electricity generated by waste incineration has significantly higher greenhouse emissions than electricity generated through the conventional use of fossils such as gas (340 g CO2eq kWh). New investments in incineration are even more problematic than existing facilities because of the long-term, lock-in effect, as a number of reports have highlighted the high proportion of recyclables in residual waste that could be either recycled or composted e.g. EU Taxonomy technical report and EC report on the Integration of environmental concerns in Cohesion Policy Funds (ERDF, ESF, CF). Incineration competes directly with recycling and composting, which have greater GHG savings as well as other environmental benefits.

2.  The EU Taxonomy Report is a key part of the EU Action Plan on Sustainable Finance to comply with the Paris Agreement, the Sustainable Development Goals (SDGs), and the European Commission’s long-term decarbonisation strategy which aims for carbon neutrality by 2050.

3. Zero Waste Europe briefing on ‘The impact of Waste-to-Energy incineration on climate’.