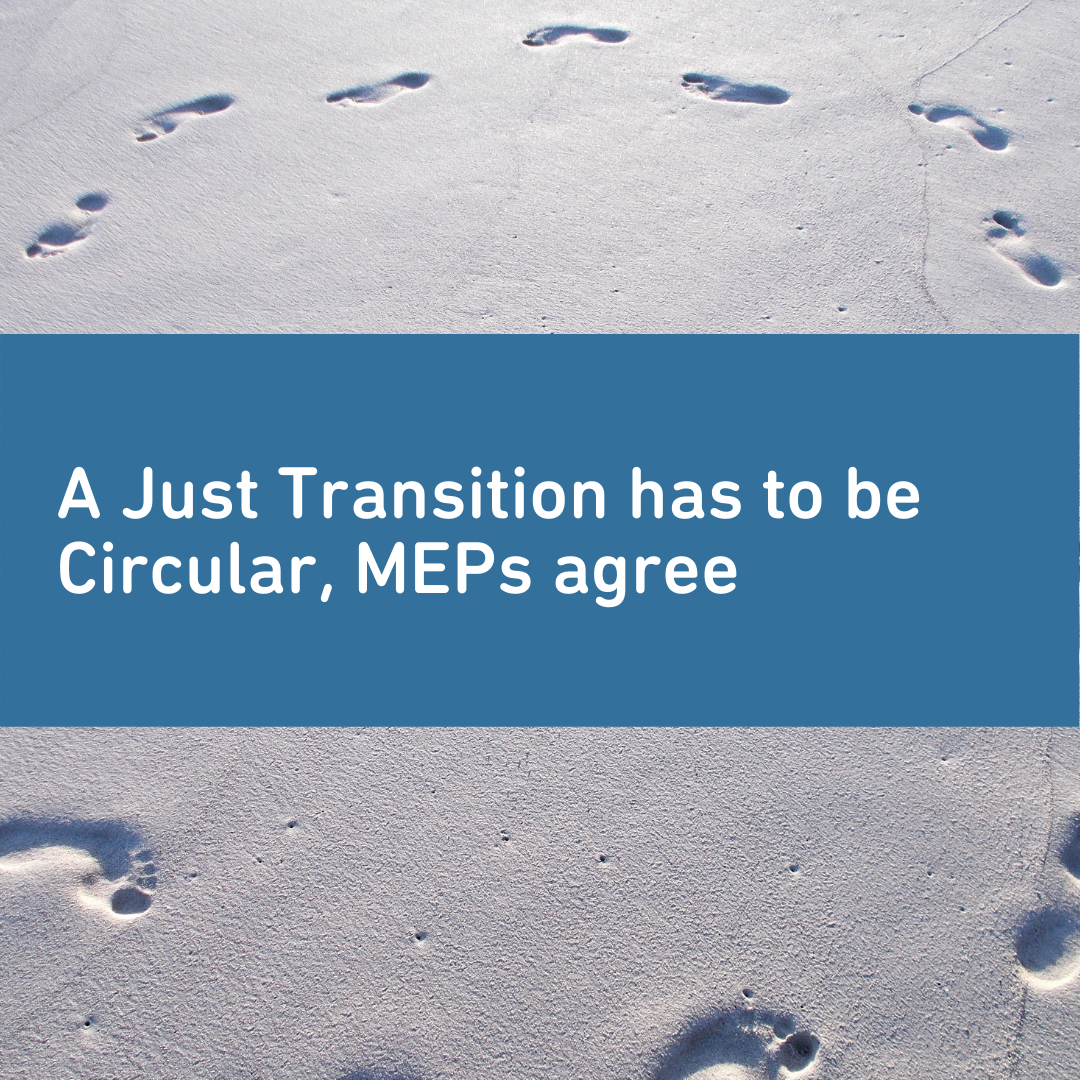 The European Parliament’s plenary vote yesterday made clear that a circular economy is a precondition for a just energy transition in Europe – a positive step that couples climate solutions with zero waste solutions and points towards stronger circularity in the future.

Yesterday’s vote by the European Parliament (1) narrowly avoided presenting incineration and Waste-to-Energy as a solution under the Just Transition Fund by strengthening wording under article 4(2). Instead, we are pleased to see reference to support for “investments enhancing the circular economy, through waste prevention, reduction, resource efficiency, reuse, repair and recycling.”

This result positions the just transition alongside the circular economy and signals the need for zero waste solutions, which prioritise waste prevention and efficient resource management, not incineration and Waste-to-Energy. We see this as a clear message in support of a phase out of incineration and Waste-to-Energy in order to achieve the just transition goals.

Janek Vahk, Climate, Energy, and Air Pollution Programme Coordinator at Zero Waste Europe, said: “we welcome this decision as it sends a strong message to Member States that the continued investment in waste to energy projects does not align with a circular economy, and therefore a just transition”

The three-way negotiations on the Just Transition Fund between governments, the European Parliament, and the European Commission are expected to start in October. While there is room for improvement on the Just Transition as a whole, we remain pleased by this step in the right direction to build economies that are circular in their resources use, and guide the transition to a zero waste, zero-carbon future.