New case study: Parma proves 70% recycling and 100kg residual waste can be achieved in only 4 years 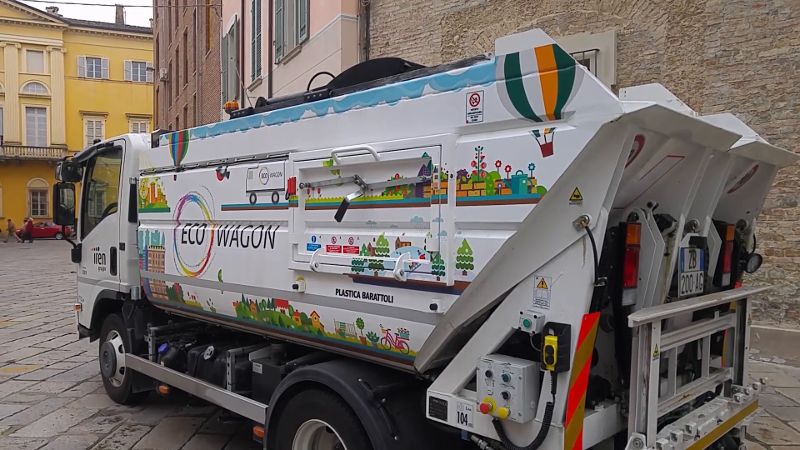 Zero Waste Europe (ZWE) has published today a new case study on the city of Parma, Italy, which highlights how with political will and citizen involvement it is possible to radically reduce residual waste, create jobs and save the taxpayers money.

Parma, with 190,284 inhabitants, had separate collection stagnated around 45% for some years. However a citizens-led initiative to move away from waste disposal managed in 2012 to transform waste policies and brought a zero waste plan for Parma.

The new plan copied and improved what is already working well in other towns of the zero waste network; intensive kerbside collection and pay-as-you-throw systems together with lots of education and keeping the system flexible to accomodate further improvements.

The indicator that the town used to measure success was the reduction of residual waste (what is sent for landfilling and/or WtE incineration) per capita which was reduced by a staggering 59%, from 283kg to 117kg, in only 4 years. By 2015 the separate collection was raised to 72% and the quality of the materials separated for recycling had also increased.

The new system of collection is more labour intensive which has meant that the number of waste collectors has increased from 77 to 121 with a number of other indirect jobs being created whilst the city has saved €453,736 in comparison with the former system.

But the transition is far from over. By end of 2016 Parma will be generating less than 100kg of residual waste per person and have achieved 80% separate collection and plans are to continue on the path to zero waste.

Joan Marc Simon, Director of ZWE said “Some spend their time finding excuses not to deliver in 2030, others like the city of Parma prove that a target of 70% recycling and 100kg residual waste per capita is achievable in less than 5 years”.

This case study and the case for a target on residual waste per capita will be presented in Brussels next Wednesday 22nd June by the Councilor for Environment of the city of Parma, Gabriele Folli, in the conference Towards Zero Waste Cities: How local authorities can apply waste prevention policies taking place at the Committee of the Regions.To attend please register HERE.
Other Zero Waste Europe case studies can be found on our website.

This is the most recent of 7 case studies published by Zero Waste Europe. If you want to learn about these amazing practices download the case studies of Capannori (Italy), Argentona (Spain), Vhrnika (Slovenia), Contarina (Italy), Ljubljana (Slovenia) and Gipuzkoa (Spanish Basque Country) and review the stories of their successes to date, providing an analysis of the key elements that allowed such impressive transition.