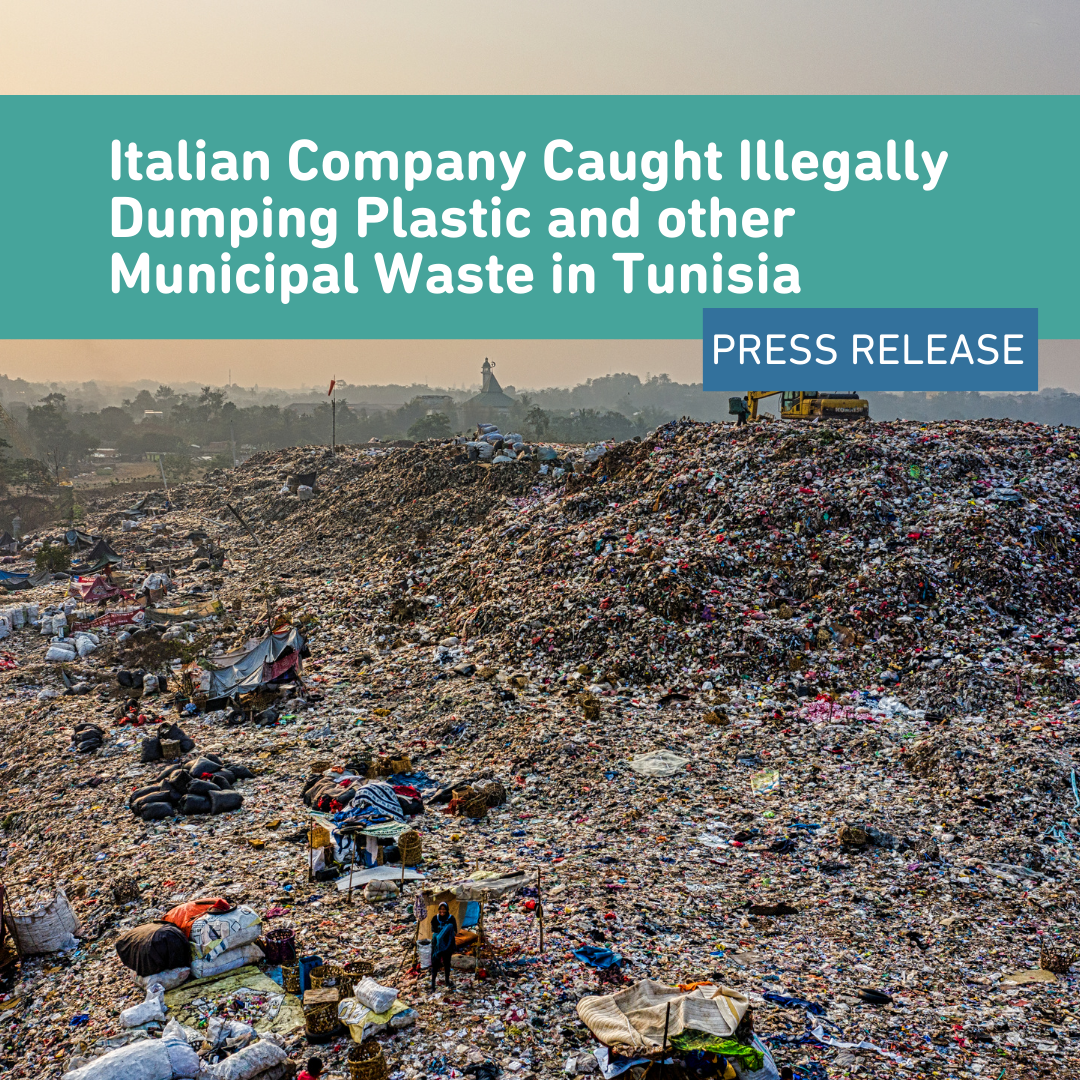 Bales of Italian waste exported to Tunisia by Sviluppo Risorse Ambientali, photographed during a visit by Tunisian legislators

and journalists to the port of Sousse in December 2020 (Credits: Hamdi Chebaane).

International, European, Italian and Tunisian environmental groups have joined in demanding the immediate return of 282 containers full of mixed municipal waste that were illegally exported from Italy’s Campania region to the Port of Sousse in Tunisia between May and July 2020. According to the environmental organizations, the exports violated European Union law, Tunisian law as well as international waste trade treaties — the Basel Convention, the Bamako Convention and the Izmir Protocol of the Barcelona Convention. A short report shows how weaknesses in EU regulations may have contributed to this waste being exported for disposal under the cover of recycling. Under the terms of international and EU laws, Italy should have returned the shipments many months ago.

Indeed, the Italian Administrative Region of Campania has already demanded that the exporting company Sviluppo Risorse Ambientali (SRA) return the waste at their own cost. SRA reportedly appealed this request to an administrative court in Naples and the court ruled it has no jurisdiction to counter the regional demand. Regardless, the responsibility to enforce the international rules lies ultimately with the Italian national government.

“We fail to understand why Italy has not moved decisively to resolve this case and have these unwanted wastes returned,” said Ms. Semia Gharbi of Réseau Tunisie Verte, in Tunis. “We cannot wait indefinitely. We, therefore, call upon the European Commission to get involved and take the necessary actions to ensure that Italy fulfills its clear legal obligations. Tunisia is not Europe’s dumping ground!”

“Italy was made aware of the illegal shipment by the Tunisian government on 9 December 2020,” said Jim Puckett of the Basel Action Network (BAN). “They are therefore nearly two months overdue in acting as required by law.  This is unacceptable.  We call upon the European Commission to take the necessary action to ensure compliance.”

“Italy ought to take responsibility for preventing and managing its own municipal waste, rather than exporting its problems to Tunisia”, said Sirine Rached of the Global Alliance for Incinerator Alternatives (GAIA). “Every additional day of delayed repatriation adds to this injustice”.

“This type of trade is immoral and environmentally destructive; it is not acceptable to import waste from Italy to Tunisia for landfilling. Landfilling of waste can generate toxic leaching and contribute to the degradation of human health and the environment,” added Mohammed Tazrout, campaigner for Greenpeace Middle-East and North Africa.

“This is another striking example of a weakness in European legislation and enforcement causing ethical and environmental harm to others,” said Pierre Condamine, waste policy officer at Zero Waste Europe. “The first clear and immediate step is for Italy to repatriate the shipment. The following step should be to fix and properly enforce EU legislation to avoid doing any more harm.”