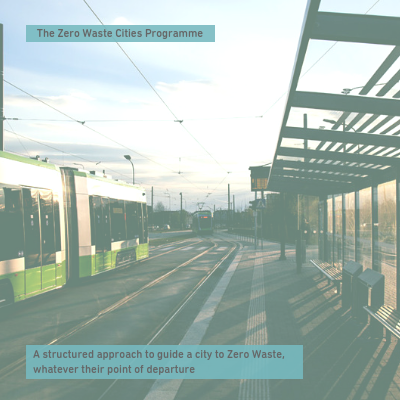 Last 13th September, the C40 network launched the declaration ‘Advancing towards Zero Waste’ at the Global Climate Action Summit in San Francisco. 25 cities and regions from the global North have already signed, hence committing to reduce 15% of their waste generation, to halve landfilling and incineration by 2030 with regards to 2015, as well as to recycle 70% of their waste.

The declaration fully endorses the importance of Zero Waste strategies to mitigate climate change, in line with Zero Waste Europe’s report ‘The potential Contribution of Waste Management to a Low Carbon Economy’. On this text, the climate-focused network of cities calls upon other cities and regions to decarbonize waste management through waste reduction and moving away from landfilling and incineration.

Zero Waste Europe welcomes the initiative and the formulation of specific objectives for cities and regions that look beyond current EU legislation, but regrets that these ambitious objectives do not always translate into consistent commitments from signatory cities and regions. Indeed, several European cities find their place among the signatories, like Paris, London or Copenhagen, in spite of their low performing waste management systems. For Ferran Rosa, Zero Waste Europe’s Waste Policy Officer, ‘Committing to advance towards Zero Waste should bring quick and systemic changes to waste management, such as mainstreaming bio-waste separate collection and planning the phase out of landfills and incinerators’.

‘These cities are setting themselves ambitious objectives and this should serve to rethink investments and waste management plans to align them to these goals’ added Zero Waste Europe’s Rosa, in a reference to the multi-billion new incinerator that the city of Paris wants to build.

In spite of the mismatch between objectives and actions planned, Zero Waste Europe congratulates the willingness of these cities to improve and opens the door for supporting them in their transition.