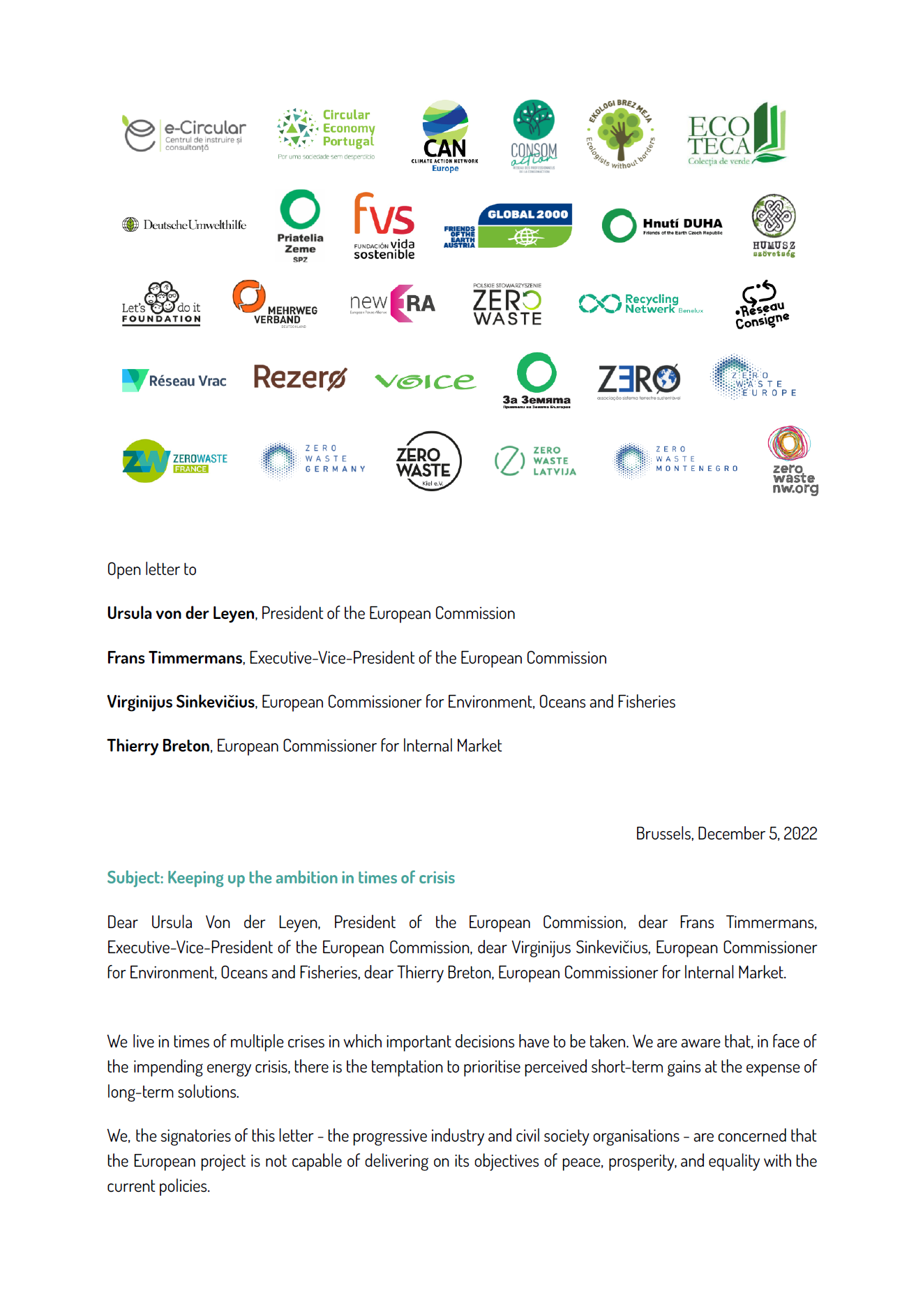 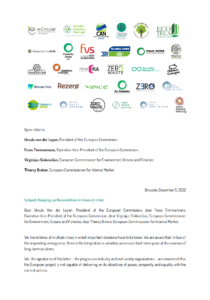 Together with 29 other organisations and associations, Zero Waste Europe (ZWE) sent an open letter to the President of the European Commission, the Executive-Vice-President, the Commissioner for Environment, Oceans and Fisheries and the Commissioner for lnternal Market on the topic of the current energy crisis. In the letter, the signatories state their concerns regarding the European project not being capable of delivering on its objectives of peace, prosperity, and equality with the current policies. The signatories urge the Commission to redouble its efforts to increase resource efficiency and decarbonise production and consumption. Consequently, the policies on circularity and net-zero should be reinforced and remain at the top of the EU agenda.