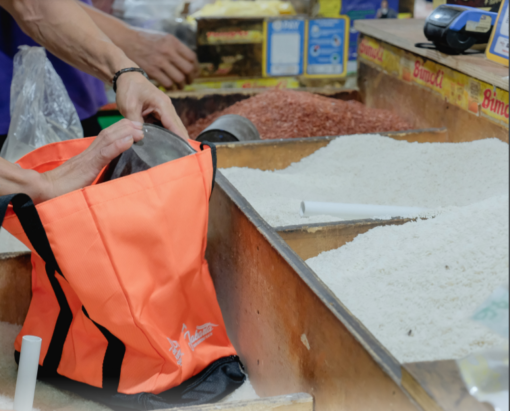 In the battle against plastic waste, Asia stands to suffer the most from the negative impacts of plastic pollution.

The EU, the US and other countries in the Global North are majorly responsible for the excessive use of plastic and dumping of plastic waste in the Global South where countries are straining the already inadequate waste management infrastructure in the region.

At the national level, several countries in Asia have struggled to implement clear binding policies and targets on plastic reduction and single-use plastics bans. In contrast, policies at the local level are being developed with groundbreaking results, paving the way forward to solve the plastic waste crisis, as the report ‘Regulatory Catalysts: Rejecting Single-Use Plastics in Asia’ shows.

The report, published by the Global Alliance for Incinerator Alternatives (GAIA), highlights how, despite the struggle of efficient managing systems, local governments are implementing decentralised initiatives that serve as catalysts to move to a new type of business model: the zero-waste business model. It provides four different examples of cities in Asia which have successfully adopted measures that result in high compliance by the population and the reduction of single-use plastic waste.

The City of San Fernando is one of the few cities in the Philippines that have implemented the 2000 Philippine Ecological Solid Waste Management Act, which calls for a decentralised waste management system. As plastic bags were the major challenge, in 2014 the city passed the Plastic-Free Ordinance to regulate the use of plastic bags and polystyrene and encourage the use of reusable bags. Although the business sector was a strong resistance for the bill to be enacted into law, a compromise was made. The city started with Plastic-Free Fridays, where stores were prohibited to give customers free plastic bags, charging them instead for paper bags. Violations from businesses were penalised with warnings, fines, or cancellation of business permits to operate. Presently, the city’s compliance to the ban on plastic bags is at 98%. The city also organises events to encourage participation in zero waste initiatives.

Sustainability has been one of the guiding principles of the city of San Carlos and it led to the first plastic ban in the province of Negros Occidental. In October 2014, the city passed the “No Plastic Ordinance” which was fully implemented in 2015 and aimed at regulating the use of cellophane, carrier bags, and packaging materials for food and beverages. Just like the city of San Fernando, San Carlos too struggled with the resistance of market vendors. The local government enforced the ordinance by doing information campaigns, giving incentives, making alternatives available, and penalising vendors for non-compliance. Living plastic-free has become the new norm in San Carlos, and the city was also recognised as the ASEAN Clean Tourist City for its successful practices and protection of the environment.

After a waste crisis caused by the shutdown of a solid waste management plant in 2011, the city of Thiruvananthapuram was forced to adopt a decentralised waste management system and then the implementation of the Green Protocol was initiated by the local government – Thiruvananthapuram Municipal Corporation (TMC). It started as a step-by-step approach for the regulation of plastic packaging and carrier bags and developed into the ban of other forms of plastics (food containers, flex banners, water bottles, etc). The Green Protocol was furthermore popularised during the largest sport events, then made a norm in events, religious annual festivals, and elections. This resulted in a waste reduction of 400 tonnes in 2019, which gave confidence to many other local governments to follow and has become a goal in other parts of India.

During the COVID-19 pandemic in July 2020, the Special Capital Region of Jakarta Provincial Government fully implemented the ban on single-use plastic bags in shopping centres, supermarkets, and traditional markets. Prior to this achievement, in 2016, the GAIA member Gerekan Indonesia Diet Kangton Plastic (GIDKP) campaigned and worked with the government to charge people for single-use plastic bags. In 2018, GIDKP released a study together with the Jakarta Environment Agency showing that the capital consumed more than 250 million plastic bags a year from supermarkets only. In fact, this initiated the creation of the ban to take effect in mid-2020. Currently, a year after the ban was implemented, there has been a 42% decrease of plastic bags in households, and high compliance in retail areas with supermarkets almost at 100% reduction in plastic bags.

These examples clearly show how cities can achieve significant results when zero-waste initiatives such as local policies to ban and reduce single-use plastic waste, are implemented. These initiatives serve as catalysts to proliferate the zero-waste movement that promotes a new type of business model; unlike the conventional linear waste management model, a sustainable business model adds social and environmental values into the supply chain with the explicit commitment of avoiding the use of plastic waste.

All the examples above have two main factors in common: first, the high compliance results from a decentralised waste management system which, with the help of environmental NGOs, can speed up the transition to zero-waste models; and second, encouragement of citizens’ participation which is key to successful implementation of regulations.

The emergence of zero waste business across Asia show that the appetite for a zero waste lifestyle is growing; for example, refillable and packaging free shops such as NUDE in Malaysia and Refillables Hoi An in Vietnam, or circular-packaging companies such as barePack in Singapore.

Local zero waste policies can be a game-changer for transformation, especially in those countries that suffer from the irresponsible dumping and trading of plastic waste from rich countries. These examples give us a glimpse of what could be achieved if the right policies were to be implemented at the national level, both in the Global South and Global North too.

Giulia Trazza is a volunteer at Zero Waste Europe.