The ‘Biomonitoring of Incineration Emissions’ campaign 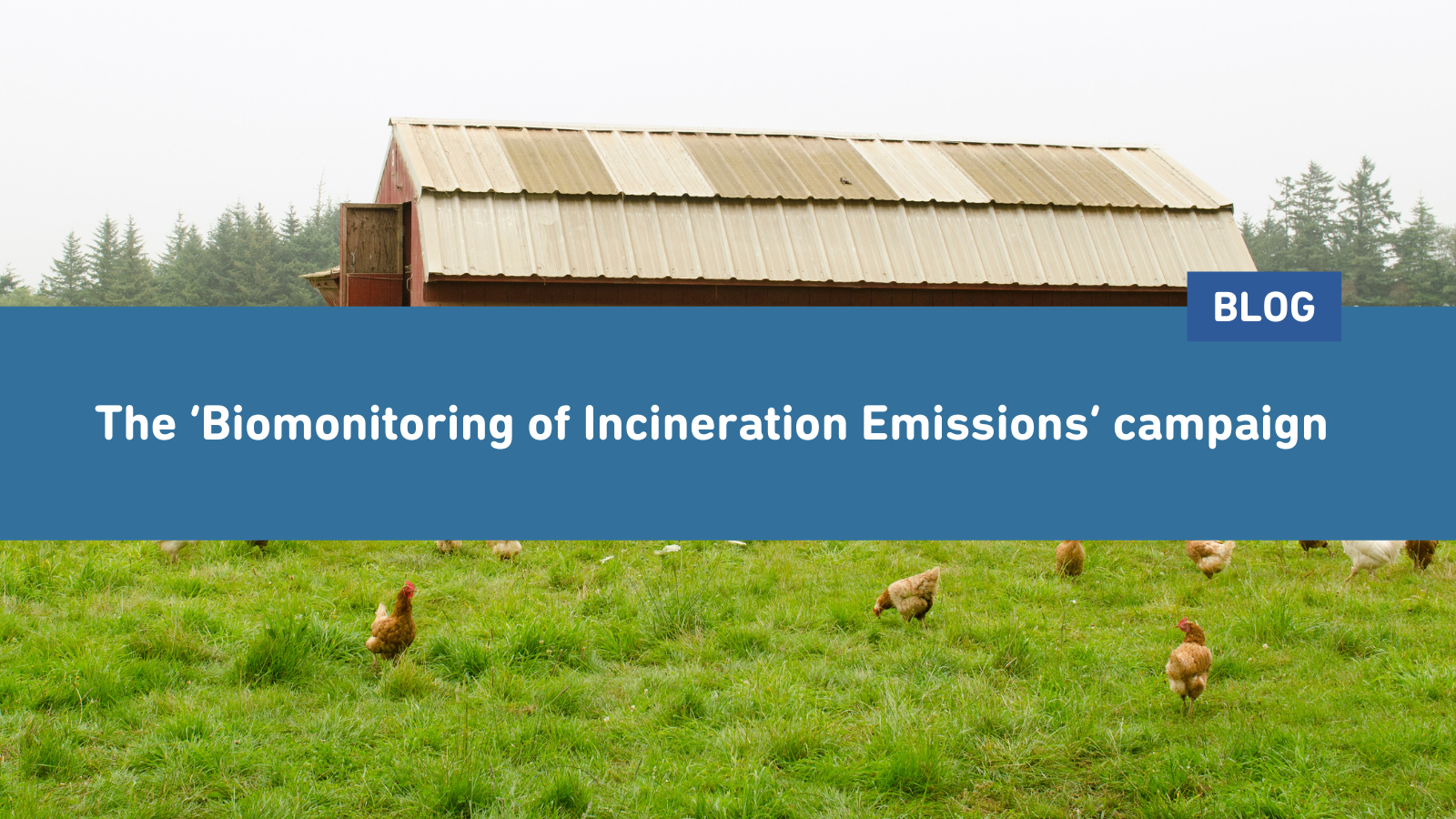 European waste incinerators, also known as Waste-To-Energy (WTE) plants, are often presented as a clean and safe way to make our waste disappear. This myth that waste burning is successful and safe in Europe is often used to promote incinerators in other regions, especially in the Global South. In Europe itself, it reduces the incentive to favour and invest in prevention strategies and reduce waste at source.

ZWE’s 2018 case study on a state-of-the-art waste incinerator in the Netherlands showed emissions of dioxin, furans, and persistent toxic pollutants. The study found that the dioxin emissions of the incinerator were underestimated and not exceptional, as they frequently went far beyond the limits set by the environmental permit (0,01 ng TEQ/Nm3). On top of that, the study also exposed how breaches have been hidden thanks to non-reliable, short-term testing, which seriously understated the emissions level.

Currently, continuous measurements of emissions of dioxins compounds are not mandatory for waste incinerators that mostly rely on short-term and, more recently, semi-continuous measurement. This sampling approach is seriously flawed as it represents a tiny percentage of the total yearly operating time of incinerators, and allows those facilities to appear compliant with existing emissions standards.

Moreover, not all the emitted substances are measured. Most unintentionally produced persistent organic pollutants (UPOPs) – like dl-PCB, PAH or PBB – are not measured. In addition, measurement is only done during so-called ‘normal operating conditions’. When considering all emissions (also during Other Than Normal Operating Conditions – OTNOC), most incinerators emit more than the legally required measurements show.

To provide evidence of the real impacts of waste incinerators, there is a need to measure the impact of burning waste over a longer period. However, accessing this data is difficult (as continuous measurements are not mandated) and costly.

Our way forward – the ‘Biomonitoring of Incinerations Emissions’ campaign

To have access to the real impacts of waste incinerators, ZWE has launched a new campaign in Europe – Biomonitoring of Incinerators Emissions.

Biomonitoring is a tool for measuring substances of very high concern in the environment. It measures the presence of chemical substances in biological matrices, living organisms, or products of a living organism – like sheep, wool, earthworms, eggs of backyard chicken, and pine needles.

Example – As sure as eggs is eggs

In our biomonitoring research, we work with bioassay.  The advantage of bioassay is that it allows measuring the whole toxic effect of a group of substances rather than just specifically defined substances. Biomonitoring is relatively cheap in comparison with direct emissions measurements, and more accessible for grassroots organisations.

The focus of our biomonitoring campaign will be on the group of dioxins, PCDD, PCDF and dioxin-like PCB’s. We will measure bioaccumulation of substances in chicken eggs and vegetation.

Our campaign will focus on 3 countries as a starting point: Lithuania, the Czech Republic, and Spain. We will work together with ToxicoWatch Foundation, a Dutch entity specialising in toxicity issues; and with three local grassroots NGOs:  Ecologists in Action Spain; Hnutí DUHA – Friends of the Earth Czech Republic; and Žiedinė Ekonomika.

With this campaign and its results, we hope to help Europe take another significant step away from incineration and its unsafe processes and consequences.

For more information on biomonitoring, see this ToxicoWatch presentation.