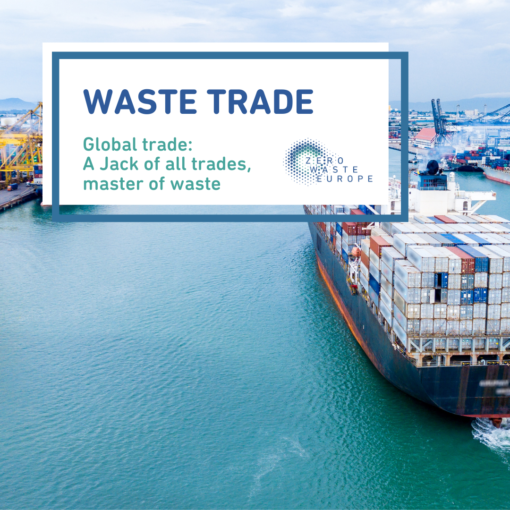 How to save my hometown and Asia: The past and future of global waste trade

This blog is part one of three, in our new waste trade blog series.

A Jack of all trades, master of waste

Looking outside the window of my apartment at night in Hong Kong, I saw the coastline of Kowloon highlighted with colourful shipping containers, painting the vibrancy of my hometown. Day and night, mega-ships crisscross busy container ports to unload and deliver containers. It is Hong Kong’s symbol of prosperity, success, and connecting with the world.

But who would have known that Hong Kong became one of the notorious destinations for illegal waste trade outside the EU?

Before 2017, many waste trade violations occurred in mainland China and Hong Kong. In countless containers undocked every day in Hong Kong, some of them might be filled with unsorted plastics, paper, cardboard, and mixed municipal waste. Ships subsequently shipped these containers to mainland China for either recycling or direct disposal. A portion of the imported waste, e-waste in particular, was treated by the informal recycling sector in which its treatment processes often disregard environmental health standards. Without legal consequences, people accumulate plastic waste, burn unsorted waste on open land, and mishandle heavy metals after extracting valuable metals. All of these malpractices lead to air, water, and soil pollution.

The phenomenon of global waste trade is not something new. Many countries, including the ones in the EU,—have been importing and exporting a substantial amount of waste. In 2016, the global trade of plastic scrap reached 15 million tonnes. While more waste is produced worldwide, efficient waste management plants (such as MRBT, recycling, and composting) of numerous countries are underdeveloped. They have not discovered a cost-effective recycling and waste prevention systems. Hence, waste has been exported to other countries as a cheaper alternative. Before 2017, Hong Kong was the largest plastic scrap re-export hub. Was it a victim or an accomplice of environmental destruction

The informal waste sector is ubiquitous not only in China but also in several East Asian countries. Came to effect in January 2018, China’s plastic import ban first diverted plastic waste to East Asia & Southeast Asia countries, especially Malaysia, Thailand, and Vietnam. The following waste import restrictions of these countries then led to a rise of imported waste in Taiwan, South Korea, Turkey, and India. One of the many tragedies is the illegal plastic waste dumping and burning in Kedah, Malaysia. Having toxic fumes rise and disperse over the sky, many residents of that region allegedly suffer from respiratory diseases because of the organic pollutants emitted by plastic waste. Companies find loopholes in environmental regulations and border control of these Asian countries, not to mention their practice of disguising hazardous waste as sorted recyclable waste makes illegal waste trade more problematic[1]. When waste gathers from different countries, it creates an exceptional “ecosystem”.

No time to and for waste

Travel restrictions are essential to protect countries during the pandemic. Believe it or not: there will be an amended “global travel restriction” for waste as well. Starting from 1st January 2021, the Basel Convention Plastic Waste Amendments will come to effect, restricting cross-border unsorted plastic waste trade. These plastics are subject to the Prior Informed Consent procedure, meaning that in theory, a state would not receive unwanted plastic waste from an exporting state. All states that accepted the amendments must ensure environmentally sound management of unsorted plastic waste, minimise waste generation, and implement other measures that facilitate a transparent and legitimate cross-border waste trade. Although the mechanism of waste trade is legally-binding to states, we need more measures to tackle illegal waste trade.

We cannot just allow a passenger board a plane without a plane ticket or a passport. Similarly, countries need to properly monitor their borders and waste flows. The first step is to obtain sufficient data. There has been little public transparency on where waste and recyclables in Europe end up in. As a result, stakeholders who are involved in waste trade receive less potential public pressure to strictly enforce or comply with the EU Waste Shipment Regulation. The EU and its member states should develop waste management systems of high public traceability so that the public know that their recyclables and waste are properly treated. The second step is to harmonise shipment registration processes and mechanisms. The system ought to be more coherent as stakeholders interpret “waste” differently, and member states differ in registration modes of shipment carrier. A harmonised system would help to track the origin of waste and categorise materials.

After understanding waste flows, the final step is to turn waste locally into a resource. By improving waste prevention and reuse strategies, separate collection and recycling quality, member states would produce recycled raw materials for their economy or not produce waste in the first place. At the same time, the EU should continue to phase out materials that cannot be easily recycled in its member states to avoid landfilling and incineration. For instance, the Dutch government announced a ban on sale of single-use plastics starting from July 2021. This step would drive companies to redesign their products.

The emergence of waste trade eventually boils down to waste generation. It is high time to reconsider what ways we can reduce waste generation. In the EU, packaging waste accounts for nearly 40 per cent of plastic production. Examples have shown that packaging-free shops are thriving, and they need more policy support. We hope that the ban on certain single-use plastics in the EU will accelerate this transformation. Besides, the age of digitalisation will be introducing more electronic equipment. Let alone daily essentials like laptops and phones, electronics embed into many products regardless of whether they are useful or not. It propels us, responsible consumers, to think about four pressing questions about a product:

How recyclable are the materials used?
How easy is it to disassemble or repair?
Is it durable enough?
How necessary is it?

See you on the other side?

We live in a strange global waste trade system, a system which we do not fully understand yet still heavily depend on. We have been looking at the façade of global trade in which there is little information on illegal waste trade. With an emphasis on green growth and circular economy, upcoming strategies and action plans of the EU hopefully will reduce the waste burden of some non-EU countries and develop the recycling industry of member states. Meanwhile, we must pay attention to the enforcement of the Waste Amendment. Last but not least, we should rethink ways to prevent waste generation in our daily lives. Not sure what you can do? You can check out our 9 tips for a zero waste lockdown!

Whenever I throw away waste and recyclables outside my apartment in the Netherlands (I am still climbing up the Zero Waste Hierarchy), I wish destiny would not make us meet again on the coast of Hong Kong or any parts of the world.

UP NEXT –> Intra-Europe waste trade 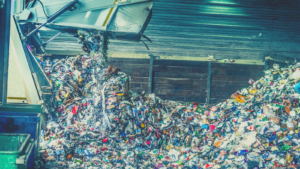 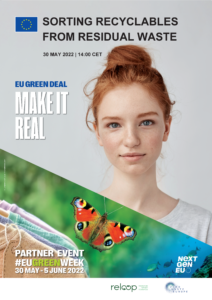 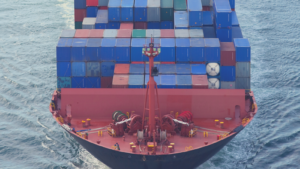 Waste trade: the EU’s so-called “economic opportunity” for receiving countries is a systemic and ethical failure